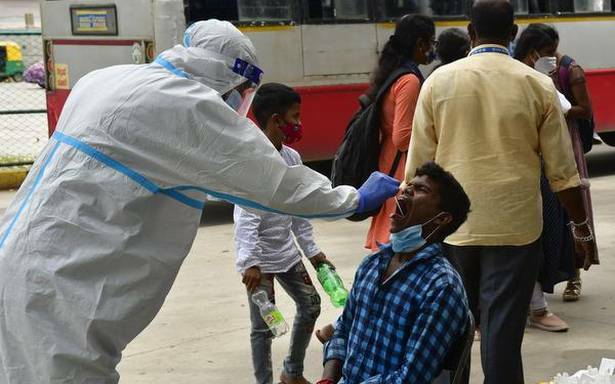 For the second time this week, COVID-19 fatalities in Karnataka fell to a single digit – four – on Thursday. On September 5, the State had reported eight deaths, the lowest after March 17 this year.

Of the four new deaths, Bengaluru Urban reported three and Hassan one. While all the three deaths in Bengaluru had occurred on August 3, August 18 and August 29, the death reported in Hassan occurred on September 8. With this, the toll rose to 37,462. This is apart from 23 deaths of patients due to non-COVID-19 reasons.

Hospitals see an increase in other respiratory ailments

While the positivity rate for the day touched 0.63%, the Case Fatality Rate touched 0.37%.