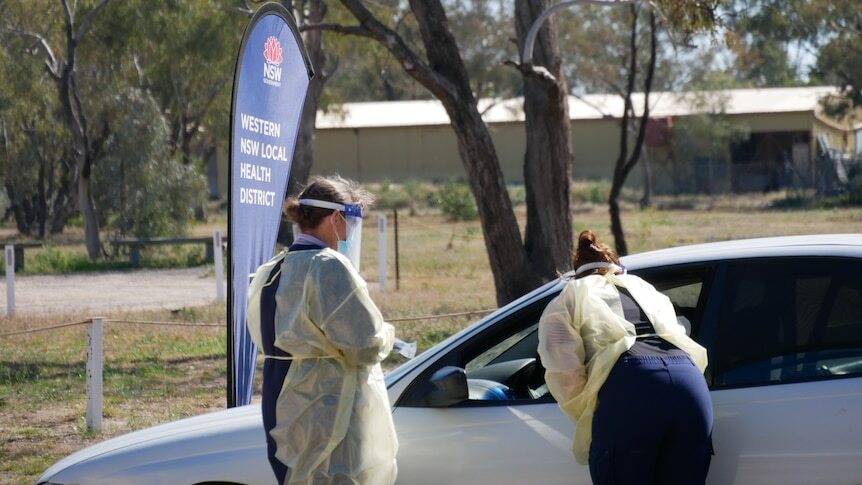 People living in Walgett in north-western New South Wales will no longer need to isolate while awaiting their COVID-19 test results.

The "surveillance testing" measure, where asymptomatic residents can be tested and do not need to isolate awaiting their results, has been put in place as part of an effort to increase vaccination and testing rates in the town which saw only 80 tests on Monday.

A previously identified case in Lightning Ridge was a false positive.

"Even if you haven't got any symptoms we know that in the last week there have been quite a few infectious people in the community," he said.

"We haven't identified all the potential cases in Walgett.

He said there were also plans to expand surveillance testing to other parts of the district.

Dubbo MP Dugald Saunders lauded the western NSW community for coming out to get vaccinated, with more than 80 per cent of Dubbo locals now having at least one dose.

"Vaccination is one of our keys on a pathway out of COVID," he said.

The Aboriginal Health and Medical Research Council recently told a state parliamentary inquiry that Aboriginal health services are struggling to get Indigenous people to come back for their second vaccine dose.

Mr McLachlan said only 22 per cent of Indigenous people in the WNSWLHD are fully vaccinated, compared to 41 per cent of the non-Indigenous population.

He said it was "crucial" Aboriginal people get the second dose.

Yass back into lockdown

The Yass Valley Council re-entered lockdown overnight, only two days after the stay-at-home orders had been lifted.

One case of COVID-19 was reported in the area yesterday, and authorities announced the restrictions would return from midnight last night.

The Yass Public School is shut after the Department of Education was told a member of the school community had tested positive for the virus.

Staff and students have been asked to self-isolate until they receive further advice.

Mayor Rowena Abbey said the lockdown was necessary, disappointing, and unfortunate "for the small businesses who were getting very excited about opening up, and the local community".

Meanwhile at Lithgow, part of the Nepean-Blue Mountains Local Health District, one new case was identified overnight, making a total of seven.