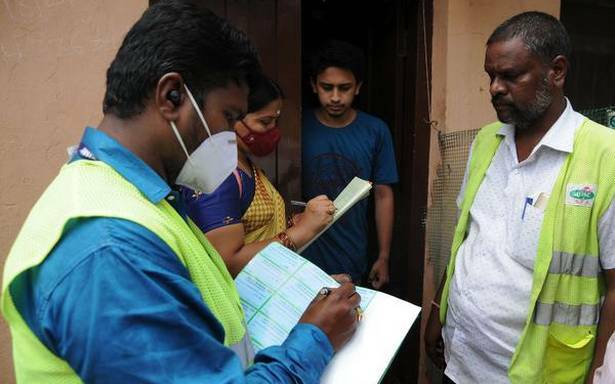 The Supreme Court shot down a plea to direct the government to immediately embark on a door-to-door COVID-19 vaccination policy, saying that such pleas were a product of ignorance about the diversity of the country and complexity of governance.

A Bench led by Justice D.Y. Chandrachud asked the petitioner, Youth Bar Association of India, whether it wanted the court to direct the government to scrap its current vaccination drive when over 60% of the population had already received at least one dose of the vaccine and start down the path of door-to-door vaccination.

“Do the same conditions prevail in Ladakh and Kerala, or Uttar Pradesh? Are the challenges same in urban parts of India and the rural areas? There is a lack of understanding about the diversity of the country, about the complexity of governance. You cannot ask the same thing, in one stroke of the brush, for the entire country… Over 60% of the population has taken one dose of the vaccine, it is not for us now to turn around and say scrap that and go for door-to-door vaccination,” Justice Chandrachud addressed the counsel on the petitioner’s side.

“Vaccination is already under way. The court is monitoring it in a suo motu petition… The Supreme Court has constituted a National Task Force. At this stage it is difficult to give a general direction considering the diversity of this country… We should not impinge upon the administrative power of the State to give vaccine, including door-to-door,” the court said.

It, however, gave the petitioner liberty to approach the Ministry of Health with the suggestions.

‘Not every death due to negligence’

In a separate case, the court admonished the petitioner for presuming that every death caused during the pandemic was due to the negligence of the State.

“We cannot start with the presumption that every death was due to negligence… Our country has gone through an unprecedented pandemic,” Justice Chandrachud addressed petitioner Deepak Raj Singh’s counsel advocate Sriram Parakkat.

This Public Interest Litigation petition had sought action against authorities for committing gross negligence leading to the deaths of patients during the second wave of COVID-19. The petition had urged the court to direct the government to initiate a compensation scheme for those affected by the pandemic.

Mr. Parakkat, however, said he had filed the petition in May, when the second wave had reached its peak. “The petition was filed in the first week of May based on the situation then,” Mr. Parakkat said, finally opting to withdraw the plea.