COVID-19 restrictions to be drastically eased in October: Pinarayi Vijayan 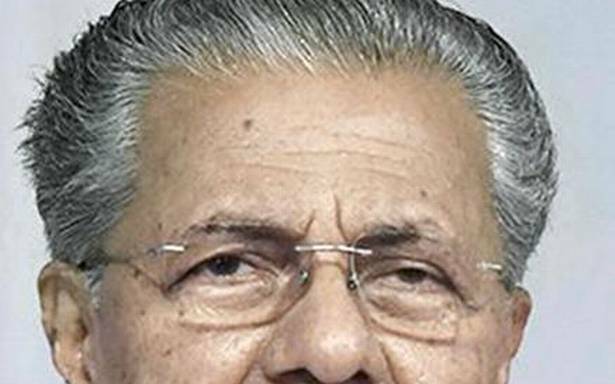 For now, the administration would impose lockdown only in localities with a weekly infection population ratio (WIPR) above 8.

Earlier, 7% WIPR was the benchmark for shutting down whole urban and rural wards.The relaxation in the WIPR norm flagged a perceived improvement in the pandemic situation.

At least 80% of the State's population had received at least one dose of the COVID-19 vaccine. An estimated 30 % had received two doses. Kerala would soon achieve 100 % immunisation.

Mr. Vijayan said the State was poised to open up more sectors. Vaccinated students above the age of 18 could attend in-person classes from next month.

When asked about allowing indoor dining and letting shopping malls, cinema theatres open for business, Mr. Vijayan said: "The government will consider such matters only next month. Lockdown was a desperate measure to keep the infection at bay and not government policy. The opening up of schools and colleges in October is a precursor of change. Things will change for the better when Kerala achieves 100% vaccination. The goal is at hand".

Mr. Vijayan said Kerala had emerged as a standout State in mitigating the Delta virus-driven second wave. It had minimised the number of deaths, despite a sizeable population of senior citizens with lifestyle diseases.

Moreover, Kerala had prevented the pandemic from overwhelming its finite health care infrastructure.

The government would expedite the vaccination of migrant workers. Students enrolled in educational institutions in other States would be given priority for COVID-19 vaccination.