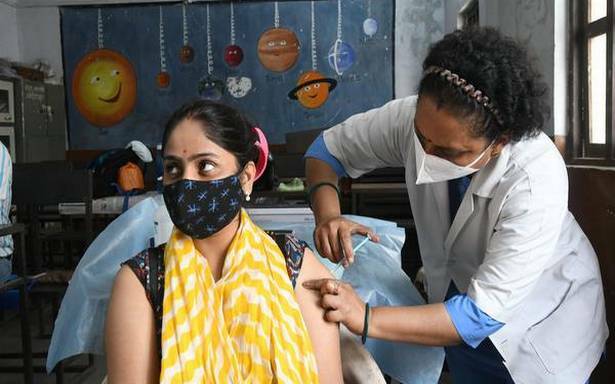 More than five crore people have been given anti-coronavirus vaccine doses in Madhya Pradesh so far, with nearly 94 lakh of them getting the second jab as well, a health official said on Thursday.

"Till Wednesday night, a total of 5,00,69,857 people have been vaccinated in the state," managing director of the National Health Mission (NHM) in Madhya Pradesh, Priyanka Das, said.

He said that in order to completely wipe out the virus, inoculation of all was very essential.

Mr. Chouhan urged the people of the state to participate in large numbers in the mega vaccination drive to be held on September 17 on the occasion of Prime Minister Narendra Modi's birthday.

The Chief Minister also said that after achieving the 100% target of administering the first dose to the population of 18 years and above by September end, the government would strive hard to give them the second jab at the earliest.