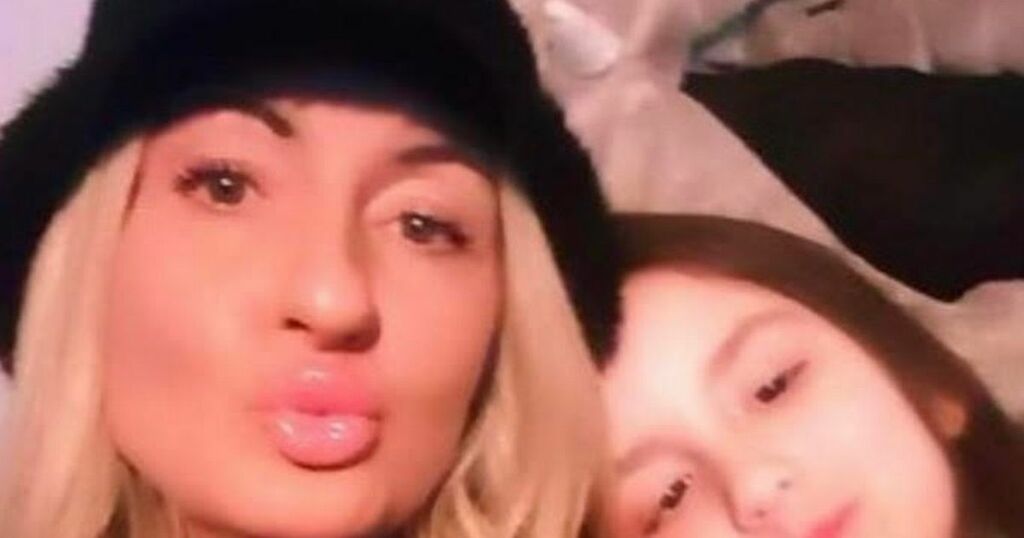 A Dublin mum has voiced her anger at classroom temperatures as she has had to put multiple layers of clothing on her young daughter going to school.

Due to Covid-19, windows in classrooms must remain open which has resulted in cold temperatures in schools.

Last week, freezing temperatures in Dublin schools were slammed with one picture of a thermostat showing a classroom suffering in single-digits.

She said: "It's not just my daughter. She only turned six, she's in Junior infants. It's every child, this is the whole way through, all the years. Not just her school, all schools.

"Now I took that video this morning because I was just taking for granted that this is what we have to do.

"And this morning I had the clothes lined up from last night and as I was putting them on her I said, 'Olivia, just let mammy record this and count the layers' and she said, "yeah it's a lot isn't it' and I replied, 'yeah it's a lot of clothes'.

Sorcha said children are getting sick due to the cold and then have to miss school due to Covid-19 fears.

She said: "I suppose as a parent, they have that amount of layers on them because you're trying to keep them warm in the classroom.

"Her teacher said yesterday they can put their jackets on if they're feeling extra cold, but then when they come out of the classroom, you're bringing them out into cold air and they're not getting any benefit.

"The kids are getting sick, they're getting head colds, they're getting chest infections and the Government are then saying they have to do an antigen test, they can't come back to school just in case it's Covid.

"Not just me, all the parents I've been talking to have been saying they haven't got Covid, they're getting these things from sitting in the cold room."

Sorcha said that nowadays when she collects her daughter from school, the first thing she asks her isn't "how was your day" but instead "were you warm enough?"

"She has four layers and thermal vests on. Then I put on leggings underneath her tracksuit bottoms and knee-socks and she's still chilly because the windows have to be left open now for them.

"Yet our children are going in and they're basically being frozen out of it."

Sorcha emphasised that she isn't blaming her daughter's school or teachers for the situation.

"Somebody is responsible for this. Whether it's the Taoiseach, the Minister for Education, I just don't know how they sleep at night with all of this going on.

"The rules of every parent is to keep your child warm. Imagine I didn't heat my home and left the windows open? Every social worker in Dublin would be at my door saying am I mentally stable? Am I fit to take care of Olivia Rose? I'd be asked those questions.

"The school my daughter goes to is an old, old school And it's a fantastic school but it's an old building, like a lot of schools around the north inner city are.

"I'd love Leo [Varadkar], I'd love Micheal [Martin] and I'd love Norma [Foley] to sit in that classroom all day doing their paperwork."

Sorcha said she doesn't believe the Government truly understands the conditions children are facing in schools.

She said: "I never had to count layers in the morning like that, never. Now her thing in the morning is counting she has enough layers of clothes on her going to school."

A Department of Education spokesperson told Dublin Live: "It is acknowledged that in a period of colder weather, ventilation in schools can be more difficult to manage. This is why the guidance provided to schools last year, and which schools were advised again of last week, specifically addresses this point and gives practical advice.

"Schools are urged to:

· "Consider if room ventilation especially in classrooms, break rooms and canteens can be improved without causing discomfort.

· "Ensure that, wherever possible, doors and windows are open to increase natural ventilation.

"It is worth noting that windows do not need to be open as wide in windy/colder weather in order to achieve the same level of airflow into the classroom.

"Opening windows fully for a short period at the end of each school day avoids the need to do the same again before the start of classes in the morning and further assists in managing comfort levels in the classroom in the mornings (partially opened windows should enable good ventilation to be achieved when classrooms are occupied).

"This will assist in managing comfort levels and also heating costs during periods of colder weather."