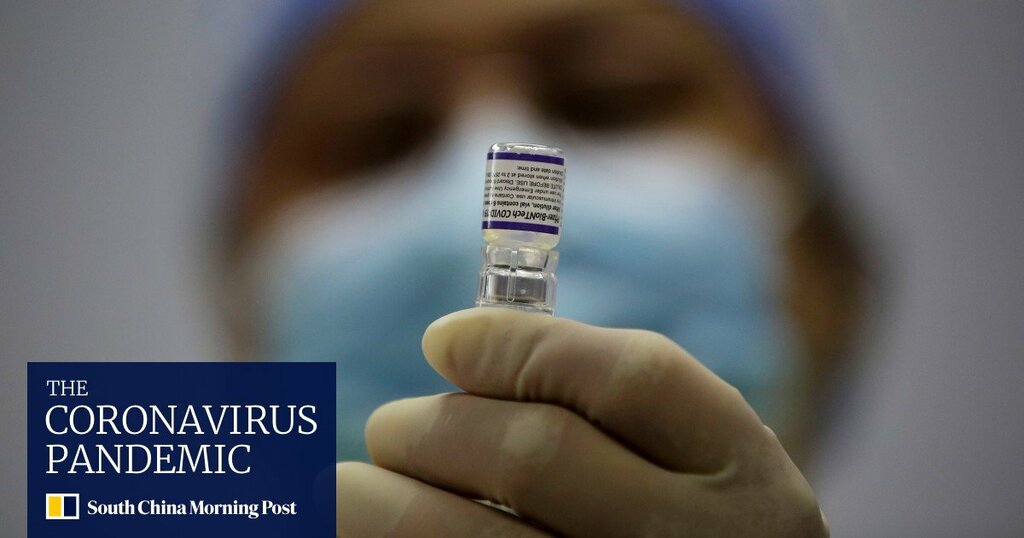 “Faultlines” in global economies caused by the coronavirus pandemic have persisted and recoveries have been “hobbled” by Delta variant outbreaks, the International Monetary Fund (IMF) said as it cut its worldwide growth forecast for the year.

Periodic coronavirus outbreaks, poor vaccine access and weak government policy support in certain parts of the world contributed to the IMF being forced to predict the global economy will grow by 5.9 per cent this year – down from a prediction of 6 per cent made in July. It did keep the forecast growth rate of 4.9 per cent in 2022 unchanged.

In its latest “World Economic Outlook” report released on Tuesday, the IMF also marked down its forecast growth rate for China to 8 per cent this year from the 8.1 per cent growth predicted in its July forecast.

“The outlook for the low-income developing country group has darkened considerably due to worsening pandemic dynamics. The downgrade also reflects more difficult near-term prospects for the advanced economy group, in part due to supply disruptions.

“The dangerous divergence in economic prospects across countries remains a major concern.”

And while there were outliers, including commodity exporters meeting demand for raw materials in fast recovering countries like China, pandemic-related disruptions to “contact-intensive sectors” such as tourism have hurt workers and jobs, the IMF said.

Governments in some countries are struggling to balance a raft of policies to tackle worsening problems in areas like employment growth and rising inflation.

“Overall, if Covid-19 were to have a prolonged impact into the medium term, it could reduce global [gross domestic product] by a cumulative US$5.3 trillion over the next five years relative to our current projection,” the IMF report added.

One of the key concerns for some economies, including the United States and some emerging markets, is high inflation risks, according to the IMF, with the situation set to get worse if supply and demand mismatches continue.

Demand in recovering economies has risen quickly, but supply bottlenecks and shortages due to border closures and lockdowns have slowed supply, economists said.

“Vivid images of cargo ships unable to dock and panic buying of petrol are front page news. Surveys of US and European firms show stocks of finished goods are at their lowest levels relative to current demand since the data began,” said John Zhu, senior global economist at securities and investment firm Haitong Securities.

The IMF warned the current vaccination rate inconsistencies across countries could also worsen the supply and demand mismatch, and it predicts price pressures on food, oil and housing will persist into 2022 for some developing economies.

Central banks will also have to be alert to tailor monetary policy changes in an effort to tackle any economic shifts.

“Although central banks can generally look through transitory inflation pressures and avoid tightening until there is more clarity on underlying price dynamics, they should be prepared to act quickly if the recovery strengthens faster than expected or risks of rising inflation expectations become tangible,” the IMF said in its outlook.

“In settings where inflation is rising amid still-subdued employment rates and risks of expectations de-anchoring are becoming concrete, monetary policy may need to be tightened to get ahead of price pressures, even if that delays the employment recovery.”

The IMF warned “faster-than-anticipated” monetary normalisation in developed countries could also lead to a rapid repricing of financial assets.

While the global economy remained unstable, the IMF also cautioned against a US-China scientific decoupling.

“The technological trajectories of China and the United States have been closely linked in the past two decades. Rising political tensions could lead to scientific decoupling, with detrimental effects on innovation capacity and global economic growth,” the report concluded.

US-China trade and technology tensions are potential roadblocks to global recovery, the IMF said, as it called for trade cooperation between countries and the use of the World Trade Organization as a platform for dispute resolution.