Covid 19 Delta outbreak: Will Jacinda Ardern need to dampen vaccine demand, or has she locked in a deal? 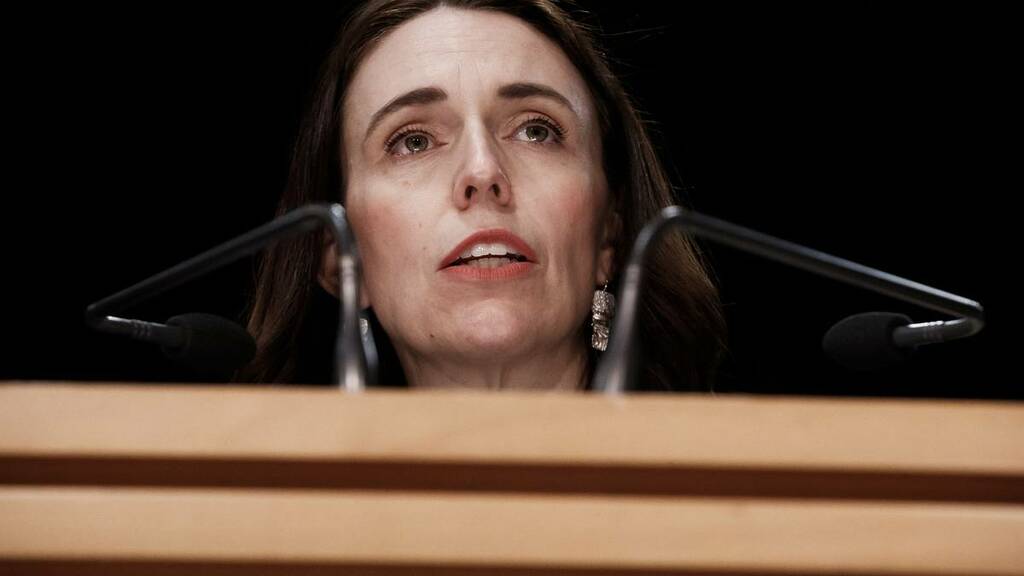 Negotiations had been taking place over the past two weeks.

"We needed to obtain additional supplies."

There are 21 new community cases today, all in Auckland, director-general of health Ashley Bloomfield said.

Ardern and Bloomfield are providing the latest Covid-19 update.

Ardern said vaccine demand had been at 180 per cent recently. Per capita the rollout had been higher than the peaks in places like Canada and the UK.

To keep up with this surge demand the Government had been negotiating with Pfizer and other countries to increase supply.

Additional supply was being finalised for September, Ardern said. Final contracts were still being signed so she could not finalise countries nor quantities, but they were Pfizer vaccines.

This would also allow New Zealand to continue its vaccine sharing arrangements with Pacific nations.

"To say the negotiations had been highly complicated would be an understatement," Ardern said.

With the 21 new cases, Bloomfield said there were now 841 cases in the outbreak.

The total number of unlinked cases had fallen from 33 to 24 since yesterday.

Just four had been in the community, creating eight exposure events.

"Clearly all the numbers are moving in the right direction," Bloomfield said.

There were six people still in ICU, including four on ventilation.

Just over 7000 swabs were processed yesterday, including about 5800 in Auckland. This was a significant increase from the prior days, but Bloomfield said people needed to keep coming forward to get tested.

Bloomfield said testing in Auckland would need to reach about 7000 per day before any alert level changes for the region.

"The number of symptomatic people has dropped ... we're supplementing that with the targeted testing of some of our essential workplaces."

More than 66,000 vaccinations were given yesterday. More than 60 per cent of eligible New Zealanders have had one dose so far, and nearly a third were now fully vaccinated.

Ardern said all businesses remained eligible for the wage subsidy as long as any part of the country remained in level 4. These businesses still needed to meet the criteria of a 40 per cent reduction in revenue.

The Government had worked through a range of conditions where Northlanders could travel through Auckland to get to other parts of the country at level 2 - and vice versa.

Ardern said there remained enough vaccines in the country to keep up with surge demand. Extra supplies had been secured from multiple countries and more details could be revealed in "a matter of days".

Ardern said she would not and could not reveal the amount of money paid for the new vaccines.

Ardern said 682,000 vaccines were in stock, the vast majority at sites already nationwide.

Bloomfield said all current cases in the outbreak were genomically linked to the first Delta case in New Zealand.

He said some employers including Air NZ and Fisher & Paykel were already carrying out their own saliva tests.

Most cases were linked, and those that were unlinked were still under investigation.

"It's just there's no clear description of how they might link into one of the other outbreaks or an earlier case."

Bloomfield conceded it was possible pre-departure testing might have picked up the Delta variant case, who is believed to have travelled from Australia.

"We had already deployed it for people travelling from Victoria."

He said there was more risk in sending visitors from Sydney out for pre-departure tests.
Because these arrivals were entering MIQ facilities on arrival in New Zealand, he had been advised pre-departure tests weren't needed for people from New South Wales.

Bloomfield said he had approved the importation of rapid-antigen testing

It was useful when rapid community-based infection was happening, but it was still to be seen if these tests could operate on a large scale nationwide.

Previously in New Zealand, it had not been appropriate to use rapid antigen testing, Bloomfield said.

Bloomfield said eight of 11 people linked to a Middlemore patient with Covid-19 had tested positive by now,

The Middlemore patient's positive result led to staff and patients from two wards at the South Auckland hospital to be regarded as close contacts.

Bloomfield said there were no plans to test everybody entering Middlemore Hospital.

"It's just not operationally feasible to test everyone coming on site."

If people were suspected of having Covid-19, protocols such as infection prevention controls were in place.

He said he was satisfied Middlemore staff made good decisions about the patient who tested positive for Covid-19.

"There were a couple of points where there was a delay in the processes."
Counties Manukau DHB would investigate these delays.

On the new mask-wearing requirements at level 2, Ardern said there were various exceptions, including while exercising in a gym but people were encouraged to wear them as much as possible when in public.

Ardern said mask mandates and scanning rules were all determined before the Delta outbreak.

She said the two significant recent changes related to a cap on 50 people indoors, instead of 100, and an extension of physical distancing rules to more places, including libraries.

"There's not a huge amount of academic literature about transmission in Delta."

Ardern said the speed and intensity of the outbreak meant it wasn't always possible to provide industry groups with advance warning of new requirements.

Mandatory record-keeping was now in place for weddings, funerals, social gatherings, and other services at churches.

Ardern said she expected people from south of Auckland could travel through Auckland to Northland for essential work.

"It's not a free-for-all ... we just want to limit the possibility that people may want to stop in Auckland."

Ardern said vaccines tended to arrive once a week and the planning was extremely complex.

"If only this process could have been that simple."

She said the logistics and regulatory aspects of the arrangement were complicated for all countries.

"These things are not straightforward."

She said more than enough vaccines for every eligible New Zealander had been ordered.

There would be enough vaccines for the Cook Islands, Tokelau and Niue as well, the Prime Minister said.

Bloomfield said he would be happy to release data and documents about Māori and Pasifika vaccination goals.

The important thing was for these plans to translate into results at the DHB level, he said.

Today's update comes as the country outside Auckland prepares to move to Delta level 2 - including more mask-wearing and tighter restrictions on gatherings - from midnight tonight, following no sign of any cases outside the City of Sails.

Cabinet will meet on Monday next week to reassess the alert levels for the whole country, including Auckland.

Yesterday was the third straight day of 20 new cases, but the number of cases that were infectious in the community has been declining from 27 on Wednesday, 17 on Thursday, eight on Friday, six on Saturday, and five on Sunday.

The number of mystery cases yesterday was 33.

Ardern has been tight-lipped on who she's been speaking to about receiving more vaccine supply.

But she has powerful friends all over the world, among them Canada's Justin Trudeau, France's Emmanuel Macron, Germany's Angela Merkel, Denmark's Mette Frederiksen, and Spain's Pedro Sánchez Pérez-Castejón.

And the transtasman heat is on, with Australia having secured quick supplies from Poland, Singapore, and - as announced this weekend - the UK.

If no extra supplies have been secured, demand will have to be dampened to prevent stocks from starting to run out by the end of next week.

That would leave two weeks of lowered demand until bigger shipments of Pfizer arrived in October.

There would still be weekly shipments of 400,000 doses a week until the end of September, enough to meet the current rate of demand in Auckland, as well as continuing to supply Māori and Pasifika health providers.

The priority would also be for bookings to be maintained.

Yesterday Bloomfield issued a challenge to Aucklanders to keep testing numbers high for the coming week, so that public health officials can be confident that all cases of Covid-19 in the community are being detected.

Only 4750 tests were processed nationwide on Sunday - the lowest since the start of the outbreak.

The Ministry of Health is also introducing surveillance testing for the 3000-odd essential workers who are crossing the Auckland boundaries.

They will need to be tested every seven days.

The ministry has been criticised for its reluctance to back saliva-testing, and yesterday it said it is hoped to become an option over time alongside the more invasive nasopharyngeal test.

Bloomfield added: "Let me reiterate the most important thing for anyone in Auckland, and of course particularly anyone who is travelling out of Auckland, is to stay home if they have any Covid-19 related symptoms and get tested."