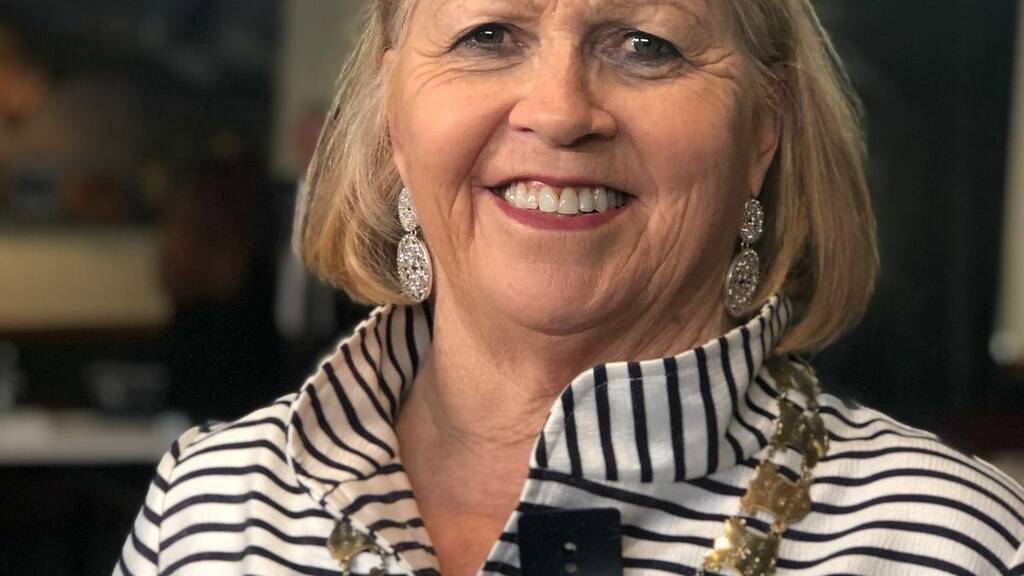 A mayor who refuses to get the Pfizer vaccine should resign and stop endangering the community, a Thames-Coromandel District councillor says.

Mayor Sandra Goudie said her vaccine decisions were a matter of personal choice, and people should respect each other's opinions.

Goudie told a local newspaper she favoured Novavax, a vaccine which is yet to be approved for use in New Zealand.

Last night she again ruled out getting the Pfizer vaccine but would not say why.

Councillor Gary Gotlieb said he was flooded with messages from people asking him: 'What the hell is going on?'

"She's wrong because she actually doesn't understand how much damage she's doing, and that's my concern," the district's South East Ward councillor said.

"It's considered stupidity," he told the Herald.

"It's disgraceful what she's doing, based on no scientific evidence."

He said the country was battling a pandemic and the mayor was effectively saying: "I'm more important than this. I can do what I like."

Gotlieb said the mayor's stance could undermine efforts to encourage "wavering" people to get vaccinated.

"I am disappointed and amazed she would actually say that. I'm saddened," Gotlieb added. "It's appalling stuff. How can you have a mayor saying that?"

Gotlieb said if Goudie got Covid-19, she could end up occupying an intensive care unit bed, depriving other people such as those needing surgery.

"She shouldn't be mayor."

Goudie told The Valley Profile she was taking a a "calculated risk" waiting for an alternative to the current Pfizer vaccine.

"I'm not about to start to debate my choices with anybody. I don't have to," she told the Herald this evening. "I don't have to get into a full-blown explanation about my personal choices."

Goudie said she disagreed with those who argued she was putting herself or others at risk by not getting vaccinated.

"Obviously I'm not agreeing with them. And I'm exercising my personal choice. And my rights, in terms of the Bill of Rights."

She said Covid-19 legislation should be consistent with the Bill of Rights.

The High Court at Wellington last month considered if the Covid-19 Public Health Response (Vaccinations) Order infringed on the right to be free from discrimination under the Bill of Rights Act.

After a judicial review, the High Court decided that it did not. The case emerged after a sacked Customs worked challenged the lawfulness of the vaccinations order.

Goudie did not say if her concerns about mandatory vaccines were legal or philosophical, or more of a scientific or medical nature.

"I'm not going to get into a discussion about whys ... I have my opinion and my views."

Goudie said she was exercising personal choice and being honest.

"I do reflect a proportion of the community, so, not every leader is going to necessarily meet the requirements of its constituents."

Goudie said if she did fall ill and needed an ICU unit bed, there should not be discrimination against unvaccinated patients.

"Everybody is fully entitled to seeking health services when they need them, for whatever reason."

She said her personal choices were not a concern for other councillors.

"I'm fit as a fiddle," she said when asked if she was still fit to be Mayor.

"What happened with people having the freedom to make their own choices and not be prejudiced against, as a result? Where is it that people have lost respect for each other?" she added.

"What's happened to the integrity of people, and respect for others?"

Goudie said she had already made her decision about Pfizer.

Goudie earlier told The Profile she favoured Novavax, but this evening said any decision about getting a future vaccine was her choice.

The mayor told The Profile she was "not saying no to vaccinations".

Mayor Goudie in August said she would not normally scan in when visiting locations for Covid-19 tracing purposes.

But soon after, Mayor Goudie strongly urged people to use the Covid Tracer app after comments on her use of the app sparked a backlash.

This evening, the mayor said she was complying with relevant Covid-19 alert level restrictions.

"I'm complying with them but I'm critical. And I certainly don't believe in mandating. And I don't believe in people losing their jobs, which is what's happening right now because of their personal choices," she said.

"I'm not perfect but I just constantly try my best to be as honest as I can be."