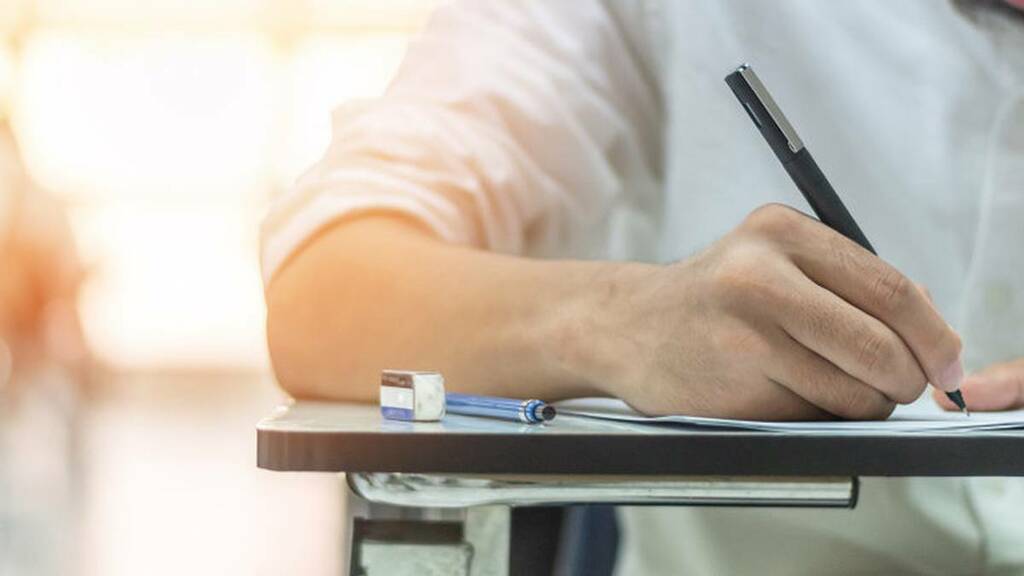 By John Gerritsen of RNZ

New rules leave it to principals to decide if their students should sit exams in alert level 3 regions.

The Education Ministry directive sets strict conditions and is being applied by Auckland schools offering the Cambridge International Exams and the International Baccalaureate.

The ministry has been granting exemptions for schools wanting to bring small groups of students back to class during alert level 3 and since mid-September it had approved 16 of 17 applications from schools wanting to do so for exams.

It said the directive issued this week clarified the rules for running exams during alert level 3.

The directive said principals could apply for an exemption to offer exams only if in their opinion it was necessary to bring students on-site to sit exams in person.

It said students must be in bubbles of 10 and their bubble could not change for the entire examination period. During exams students must sit at desks 1.5 metres apart, and different bubbles could share the same space but must remain two metres apart at all times including outside of school grounds.

Auckland Year 13 student Stella Lynch welcomed the new rules though she said they would not allow some of her practical exams to take place.

"Definitely more reassured than I was a couple of weeks ago. It's nice to know that some sense of normalcy can be reflected in terms of our exam series. However, I'm a little bit worried about some of the components that have had to be missed - they make up quite a big per cent in terms of weighting for our final mark," she said.

Stella said the rules about bubbles and distancing seemed difficult.

"I'm sceptical about that. I've been trying to run the numbers with my little sister and we were giving each other different scenarios like 'well if this happens how will it work' and I've got friends who we sit chemistry together but then we go apart to sit an accounting exam and a physics exam. I don't understand quite how those bubbles are going to work," she said.

Macleans College principal Steve Hargreaves said his school had a bubble of seven students sit a Cambridge exam earlier in the week thanks to a special exemption from the ministry and that experience showed the school would struggle to meet the new directive's distancing requirements.

"Even keeping seven students apart despite the fact we had crosses on the footpath two metres apart and two supervisors with seven students it was still really difficult to make it work. And we know that as soon as they go around the corner from school the emotion of exams, having not seen friends for eight weeks, we know they are going to cluster in groups."

Hargreaves said the directive also had a key clause that would prevent the school from offering exams at alert level 3 - a requirement that the principal believed it was necessary to conduct exams in person and on site.

He said he could not attest that the exams were necessary because there was an alternative.

"There's a well-used alternative to exams that Cambridge provides called school-assessed grades. They've been used around the world in the last 18 months with tens of thousands of students so I can't say that it is necessary. It might be preferable for some people, they might think that that's of benefit to them but is it necessary? Well it's not because we have an alternative."

"Cambridge examinations can't be sat online. The response from our community has been of overwhelming support that these examinations are taking place because everyone gets a fair crack at it rather than being awarded assessed grades from previous work."

O'Connor said the rules for running the exams were very strict.

"That's a logistical nightmare. One of our worst days we'll have 104 classrooms being used, it's in a morning and an afternoon session so 50 in the morning 50 in the afternoon type of thing. So that's over 1000 students and you're talking about 104 invigilators."

But parent Carole Smith said it was an unnecessary risk.

"We know with the Delta variant that it is incredibly contagious and I'm not confident that especially kids, we're talking about 16-17 year olds, will stick to their own bubbles. They'll see their mates and go up to them and all the rest of it so I think it's quite frankly a recipe for disaster," she said.

Education Ministry associate leader pathways and progress Pauline Cleaver said under alert level 3 there was flexibility for Auckland senior secondary school students to sit exams onsite if the governing body of the school could provide evidence and attest in their application that they would meet public health requirements.

She said the latest direction further clarified the process and the required public health conditions.

"We are not considering NCEA exams at this time because they're not scheduled to start until November. Work is underway, led by NZQA in partnership with the Ministry, about the implications of different public health requirements for the running of national NCEA examinations," Cleaver said.