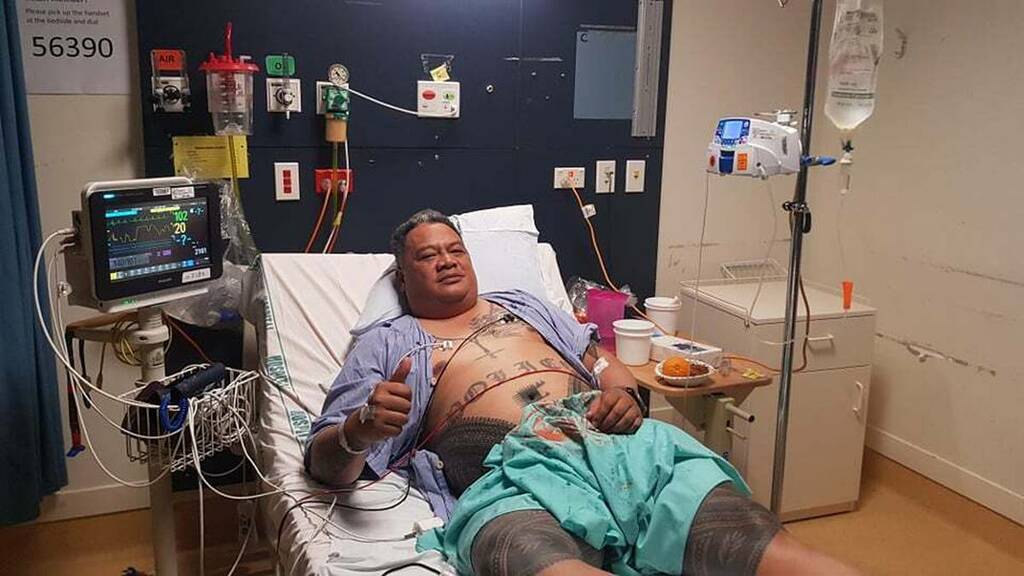 A Pasifika community leader is concerned his community will not receive needed care after struggling to get admitted to hospital with severe Covid symptoms.

Tuala Tagaloa Tusani and his partner recently tested positive for the virus and were sent to the Novotel and Ibis Ellerslie quarantine facility to isolate.

Tusani, 44, is now recovering at Auckland Hospital, but getting admitted wasn't easy.

Last Friday, he went to Middlemore hospital and was told two nights later he was well enough to return to the Novotel.

"Despite my temperature at 39C they come in and tell me I am well enough to go back."

Tusani pleaded with hospital staff and said he was still sick, but he and his partner returned to their quarantine facility.

Early Monday morning, the community leader was struggling to breathe and noticed his partner's condition worsening.

When he asked MIQ staff to take his partner to the hospital, Tusani was told "she's fine".

"I ring downstairs and they come up and they said 'we'll give you a Panadol' and I said look I really need an ambulance I'm struggling," he said.

After his failed attempt with MIQ staff, Tusani personally called emergency services. However, MIQ staff must approve the need for an ambulance.

"I didn't get an answer back until two hours later and finally by 5 o'clock they [MIQ staff] approved for me to have an ambulance."

But the ambulance didn't arrive until 6am Monday, Tusani had waited 4 hours.

"I knew they weren't going to help us based on what they did to my partner before," he said.

Finally by 7am Tusani was admitted to Auckland Hospital while his wife remained at the Novotel.

"I thought I'll get up first and then I'll fight to get her in [hospital]."

By 2.30pm, the 37-year-old was picked up by ambulance and taken to hospital.

Deputy Prime Minister Grant Robertson said today it was "extremely distressing" to hear that some Pasifika people were struggling to be admitted to hospital from MIQ.

He said it was "awful" to listen to Tusani's experience. R

Robertson told TVNZ that MIQ facilities had trained healthcare staff at each site and there were cases of guests being transferred to hospital "from time to time".

He noted that 170,000 had gone through MIQ in the past 18 months and most had a good experience.

The Ministry of Health and the Ministry of Business, Innovation and Employment, which runs MIQ facilities, has been asked for comment.

Tusani had to fight for hospital care, now he is concerned the Pasifika community will not push to get hospital care if needed.

"Our people usually just take instructions and how many of them are being discharged while still being sick or being denied access to hospital care."

Tusani said knows of two other people who have gone through similar situations.

"There are Pacific people who are being discharged early or not getting the help," he said.

As stories similar to Tusani spread across the Pasifika community, he is worried those who face language barriers may not speak up to receive the care that is needed.

Currently there are 37 people in hospital, including six in ICU.