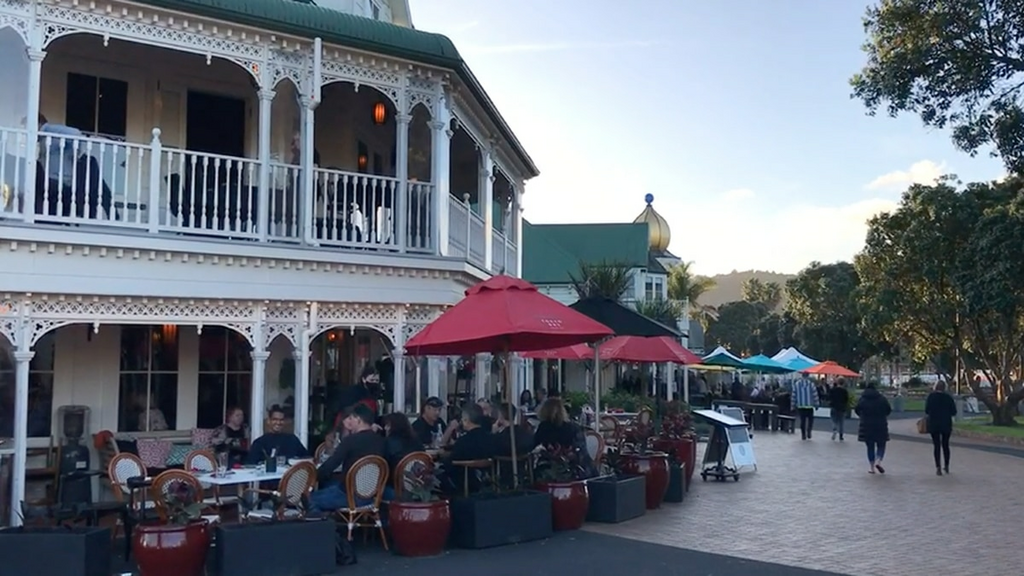 Northland mayors have expressed anger and frustration that two people have potentially brought the virus to the region.

Covid-19 Response Minister Chris Hipkins revealed at a snap press conference that the confirmed virus case, a woman, travelled from Auckland to Northland and had visited several areas.

The woman used false information to obtain travel documents and spent several days in the region, Hipkins said. It is believed she was travelling with another woman who authorities have yet to find.

Uncertainties around the case prompted the Government to move Northland to level 3 from 11.59pm overnight.

Restrictions remain in place until at least 11.59pm on Tuesday and will be reviewed by Cabinet on Monday.

Whangarei mayor Sheryl Mai said another change in alert level was "unacceptable" and that it would hurt businesses and holidaymakers that had flown from other parts of New Zealand during the school holidays.

And Mai told RNZ she was "actually quite grumpy".

"We've got a person who really has done everything that they should not do. And they've impacted all of Northland as a result.

"I was giving the person the benefit of the doubt earlier today. Now I'm just ropeable."

Far North mayor John Carter said Northland returning to level 3 was "unfortunate and frustrating" and urged everyone to get vaccinated if lockdowns were to be minimised or prevented.

NorthChamber chief executive Stephen Smith said a change in alert level for Northland was disappointing but not a surprise.

He said hopefully the region would return to level 2 after four days.

Anamika Bosman, 35, and husband Coert Bosman, 33, were headed out on a date night at the Town Basin in Whangārei when news broke of lockdown.

"It feels all well and good getting vaccinated but it doesn't mean much unless enough people do it."

The pair were concerned the circumstances of the latest case would be worsened by Northland's poor vaccination rates.

Whangārei residents enjoying a drink at LoCo bar on the Town Basin slammed the actions of the two women involved as "selfish".

One man said it was hard enough to deal with an alert level shift when everyone does the right things. "Let alone the circumstances around this," he said.

Their selfish actions put the vulnerable people in their lives at risk, he said.

He also expressed concerns around Northland's low vaccination rate and how vulnerable it made the region's communities.

Another couple, who did not want to be named, were frustrated that Northland once again was being thrust into lockdown.

The woman said her daughter in Auckland had told her about Northland moving into alert level 3.

"It's all rather ridiculous," she said. "Frustrating. Covid's not going away, we can't beat it so let's just get on with it."

The case was in Northland from the afternoon of last Friday, October 2, until the evening of October 6.

The woman is believed to have travelled around the region, including in Whangārei, Kamo, Paihia and Kawakawa, before returning to Auckland.

The first locations of interest for Northland have been added to the Ministry of Health's website.

Testing centres operating in the Northland region are at Kaitāia Hospital; 1 Sammaree Place in Kerikeri, Dargaville Hospital; 20 Winger Cres in Kamo; and Pohe Island in Whangārei.

"Widespread testing and wastewater testing will take place over the weekend," Hipkins said.

"Every Northlander needs to stay home, get tested as soon as possible if they have symptoms, and continue to check the Ministry of Health website for updated locations of interest. And of course vaccination centres continue to be open in alert level 3.

"We know many people in Northland live rurally, but the advice is the same for everyone – get vaccinated, get tested, and follow the alert level 3 requirements.

"As we have seen in Waikato the virus is finding its way into rural areas and finding unvaccinated people. Distance is no barrier. It's never been more urgent to get vaccinated and we urge everyone to act now."