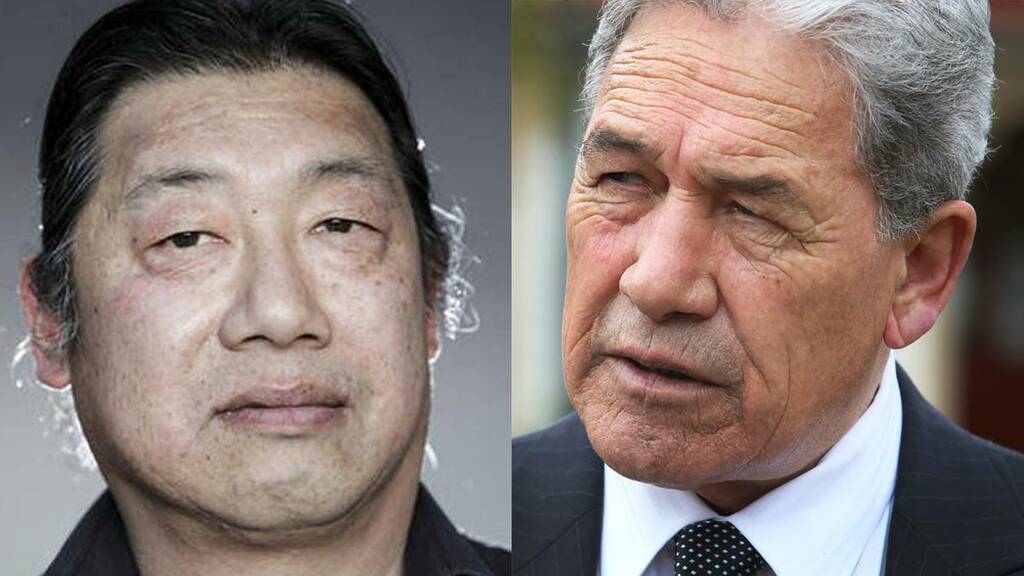 A Mongrel Mob leader accused of helping a Covid-positive sex worker obtain documentation to travel to Northland has lashed out at the allegations and threatened legal action.

"If Winston said it, he needs to prove it… If he's not going to apologise, we will need to look at legal action," Tam said.

Peters appeared on TV3's Newshub on Saturday morning levelling the allegations which had been circulating on social media and encrypted messaging app 'WhatsApp' on Friday night.

"This person came here with a gang member assigned essential worker status, falsified the reason she was coming," Peters said.

"[She] engaged with people at a hotel in Whangārei… and went to a marae up North which hid her from the public and, dare I say it, the police. The police got a warrant to arrest her."

Peters claimed the Government found out about the situation "days and days ago".

"How he got up North, that is very difficult to understand in terms of the permit system, but he brought in, under false premises, this woman with him. The rest, sadly, is catastrophic," Peters said.

Tam told Te Ao Māori News that Peters was off the mark, while he had travelled to Tāmaki under a government exemption to support efforts to get gang members vaccinated, he travelled alone and had never been to Northland since arriving in Auckland.

"I didn't bring anyone with me. Where did he get his information from? What is his source?' he said.

Tam said mainstream media had been irresponsible in its coverage of the allegations first raised by a reporter at an impromptu press conference on Friday evening.

"It's the media's job to check these things."

At the Friday evening briefing, Covid-19 Response Minister Chris Hipkins announced Tai Tokerau would be raised to Covid-19 alert level 3 at 11:59 PM due to the woman refusing to cooperate with contact tracers.

Hipkins said the individual had falsely obtained travel documents and "travelled widely" within the region.

Whangārei, Kamo, Paihia and Kawakawa were amongst the regions the minister believed she may have visited.

Since Saturday morning, four locations of interest have been added to the Ministry of Health's website, including two gas stations, a dairy, a hotel in the centre of Whangārei and the Uretiti Beach DOC camping ground south of Whangārei.

The ministry says they have reason to believe the woman was travelling with another woman and, although they are aware of the second person's identity, they are yet to locate her.

Speaking to media on Saturday afternoon, Prime Minister Jacinda Ardern said there was "no evidence" to support some of the claims around the Northland case and that the government was being transparent in their disclosures.

"As we've had information about their movements, we've released them. But this is a case where the individual, despite the involvement of the police, has not been forthcoming and that is why we took a very precautionary approach, and that was the right one," she said.

Asked how the gang was feeling about the increased media coverage, Tam said ''Oh, you know, I've had better days''.

Te Ao Māori News asked if, while he had not travelled with someone to Tāmaki or Northland, he had sought approval to get an exemption for another individual who had then travelled to the North.

"That's all I have to say. No," Tam said before terminating the call.