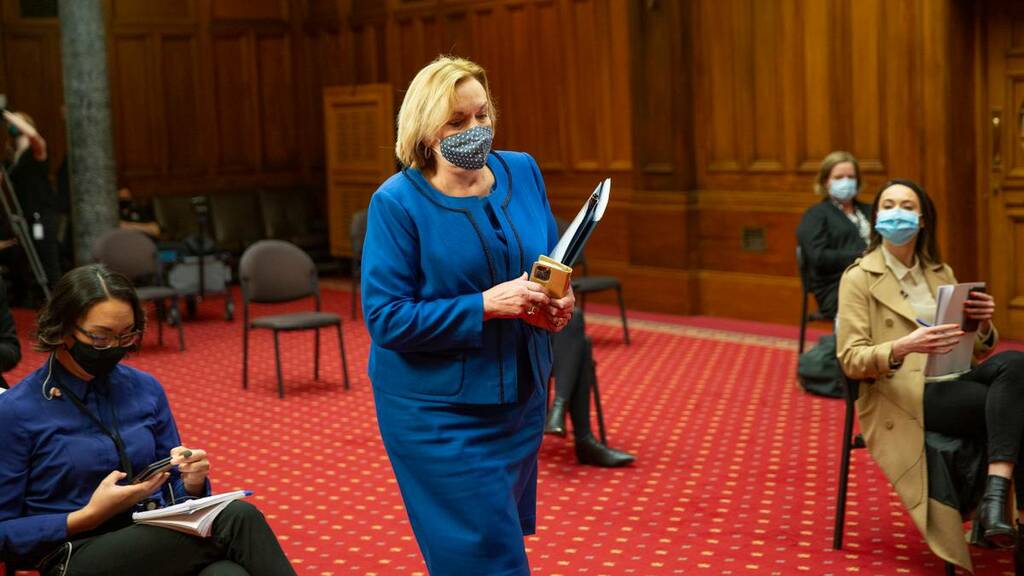 National leader Judith Collins has welcomed news that the Government is on the verge of ordering booster shots of the Covid vaccine.

But she said lessons should be learned to ensure New Zealand was not left again with a slow vaccine rollout - and even suggested a law change could be used to speed up vaccine ordering if required.

Collins said the party was "very supportive of boosters being identified and ordered".

But she said the Government had questions to answer about why it was able to begin ordering boosters of the Novavax vaccine before Medsafe had fully approved it.

"It is absolutely important that the Government learns from mistakes of the slowness of their response to ordering the vaccines," Collins said.

The Herald understands the Government is in talks with Novavax about procuring just over five million booster shots.

Unlike the Pfizer, Moderna and Astra Zeneca vaccines, Novavax has not yet been approved in New Zealand - although it almost certainly would be by the time the vaccines arrived in the country next year.

The Government had defended the time it took to get doses of vaccine into the country by saying the vaccines could not be imported before they had been given Medsafe approval.

The first doses of the Pfizer vaccine were only ordered in January 29, as a condition of the Government's agreement was that no order be shipped until Medsafe had granted approval of the vaccine.

Collins said the Government needed to learn from its mistakes to ensure the boosters arrived in the country quickly.

"The Government has enormous powers that it's given itself with the public health orders and the Covid response [act],

"I think they'd have no argument from us if they just actually got on and ordered some vaccines."

Collins said if the law regarding importing unapproved vaccines was a problem, then the Government should say so and get on with changing it.

"If they need [a law change] they should say they need it - if that's their problem.

Collins was curious at the decision to go with Novavax, a vaccine that has not been approved by many countries.

"They'd better get on with the process of getting it approved."

Collins said the country could potentially over-order on vaccines, to safeguard us against further lockdowns.

"It's significantly cheaper to order vaccines that you might or might not use than it is for us to end up in another level 4 lockdown."

As much of the country moved from level 3 restrictions to level 2, Collins said she did not disagree with the tightened rules imposed to contain the spread of the Delta variant.

However, she said the tighter restrictions should be accompanied by greater support, like rent relief.

Collins said some businesses like restaurants were operating under the "worst of both worlds" because it was costing them so much to stay open that they could not recoup from the relatively small number of patrons most restaurants could host.

"You need to have some support if they continue to be in these situations."

Collins said there was an argument for the South Island, which has not had community transmission for almost a year, to drop down to alert level 1 restrictions.

"I would have thought many people in the South Island would think that's a good idea.

"If they can't find Covid in the community after all the wastewater testing they've been doing and testing of everybody, you'd have to say they must be at level 1 really soon."