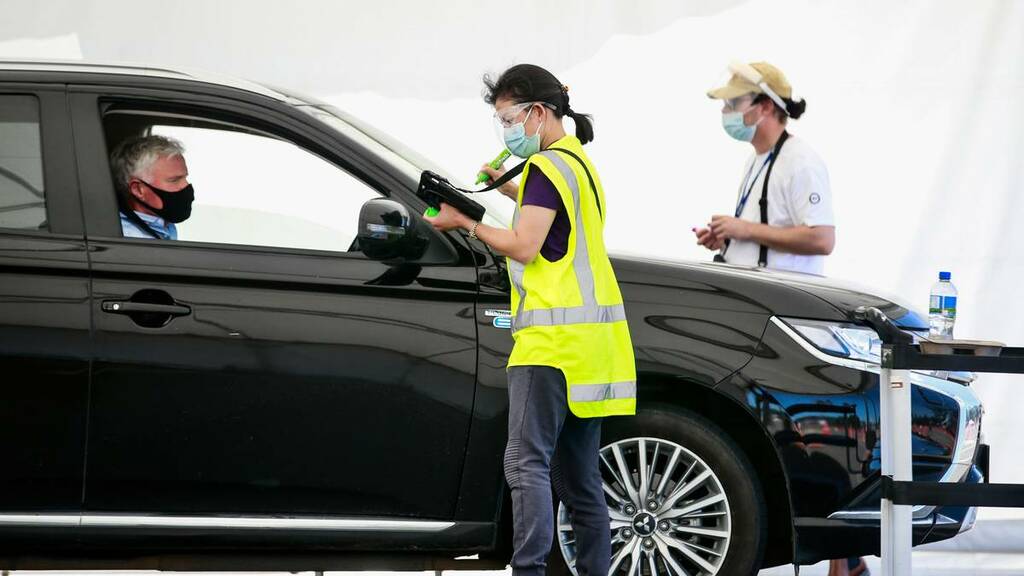 There are 27 Covid-19 cases in the community today.

Today's Covid cases are in Auckland, Waikato, Bay of Plenty, Rotorua and Wellington.

No further cases have been linked to the drum and bass festival at Tauranga's Wharepai Doman on January 3 after a person who attended tested positive last week.

However, the ministry encouraged anyone who attended the festival to get tested if they develop symptoms, no matter how mild.

Two Hawkes Bay residents have tested positive while in Waikato. They are both isolating in Te Kuiti.

The ministry says they were linked to known Waikato cases and attended no known exposure events.

As many return to work in Auckland, 16 new cases were reported in the Super City today where 944 people are isolating at home including 204 cases.

A person has tested positive for the virus in Rotorua and health officials are still investigating any links to known cases.

In Waikato, five new cases have popped up and three are unlinked.

Two are in Hamilton, one in Ngāruawāhia, one in Whitianga, one in Coromandel town.

There is one new case to announce in Northland today – in the Hokianga area.
This case was reported after the daily cut-off and will be included in tomorrow's figures.

They were already isolating due to being a close contact of another case. Investigations remain ongoing, the ministry said in this afternoon's update.

The Ministry of Health says 35 people remain in hospital. Of those, one is in Northland, six are at North Shore, 12 are at Auckland City, 13 are at Middlemore and three are at Tauranga. Only one person is in ICU battling the virus and they are being treated at Middlemore Hospital.

At the border, 33 new cases of the virus have been picked up.

The latest figures come as the World Health Organisation revealed a staggering 10 million new cases, worldwide, of the Omicron variant in the past week alone.

New Zealand has so far managed to dodge a mass Omicron outbreak in the community, but there are serious fears of that happening as the highly transmissible variant has started to become the dominant one at the border.

A total of 500,000 vaccine booster shots have already been administered nationwide, the Ministry of Health announced today.

As of today, 96 per cent of Auckland's eligible population have received at least one Covid jab and 94 per cent are fully vaccinated. These percentages are lower than those we reported in yesterday's update as that was Auckland DHB area only.

A number of locations of interest have also been identified over the last few days and people who have visited them are being advised to act accordingly.

It seems at least one person infected with the virus has been spending time in Queenstown.

Shotover Jet Queenstown, on Arthurs Point Rd, was there on Sunday, January 2, between 9am and midday.

The SkyCity Casino has been named as a place of interest after person with the virus was there on New Year's day between 5.50pm and 7.30pm.

The Oaks Club Suites on Frankton Rd is also linked to a Covid positive case who was there between 9.30pm on December 30 and 8.30am on January 2.

Anyone who visited any of those places at the affected times is told to monitor their health for any Covid symptoms for 10 days after being exposed.

If any flu-like symptoms start to appear, people should get tested immediately and stay home until a negative result comes back.

Queenstown Lakes Mayor Jim Boult last night said he had a "very good understanding" with the Southern District Health Board that it would notify him if there were serious concerns about a possible Covid case in the district.

That had not happened, so he assumed the locations of interest were not being treated as high risk.

"However, anything like this is of concern," he said.

He believed the district was as prepared as it could be for a potential outbreak, and he urged people to follow precautions such as wearing a mask and maintaining good personal hygiene.

Omicron outbreak a matter of when not if - Professor Michael Baker

Epidemiologist Professor Michael Baker says an Omicron outbreak on this side of the Tasman is not a matter of if, but when.

"In the past, I would never have said it was inevitable that a new variant would arrive here, but I think Omicron is so infectious that it will be hard to keep it out long-term," Baker told the Herald.

"We have carried out research with Australian colleagues to look at the frequency of border failures.

"In the past, we've had about one border failure per 100 infected people entering MIQ in New Zealand - or an average of one per 167 people across New Zealand and Australia."

Baker said only a minority of those failures triggered significant outbreaks.

But it gave us an idea about how leaks can happen at the border and how risk rises in proportion to the number of infected people arriving in the country.

"Having much more than five to 10 infected travellers per day will result in a high risk of border failure in the next few weeks."