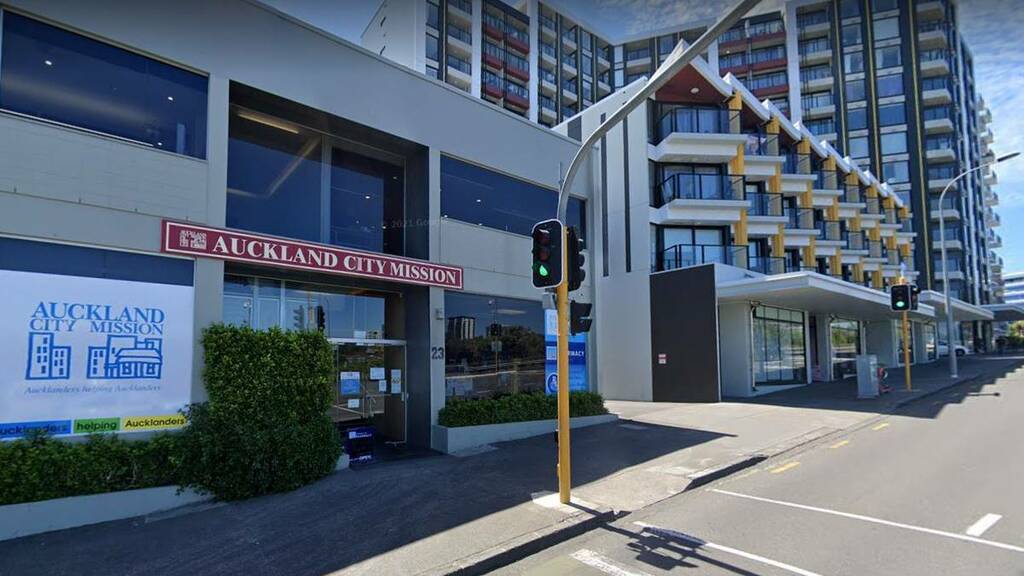 The Auckland City Mission is now a location of interest after a person with the virus picked up a meal pack from there three days ago.

The Ministry of Health has released several new places of interest on its website.

The mission's temporary branch on Union St - just around the corner from its better known base in Hobson St, which has been refurbished - was linked to an infected person on Monday between 9am and 12pm.

A person with the virus has also been identified in a new location of interest in Raglan - the Wainui Foodmarket. An infected person was there on Saturday between 5.20pm and 5.55pm.

Anyone who was at either place at any time is told to monitor their health for 14 days after exposure and get tested if symptoms start to show.

A West Auckland petrol station and a bakery in Onehunga were earlier identified as locations of interest.

A person with Covid was at the Royal Bakehouse, in Onehunga, last week on Tuesday morning between 10.30am and 10.45am.

Anyone who was at either place during the affected times is advised to monitor their health for 14 days after being exposed and to get tested if symptoms start to develop.

Earlier this morning, two Four Square stores - one in Raglan and the other in Hamilton - were among places of interest identified.

The Four Square Heaphy Terrace, in Hamilton, was visited by a person who tested positive for the virus three days ago, on Monday.

Staff management issued a message to its customers on Facebook, saying the Ministry of Health had identified its staff and customers who were there during that time as casual contacts.

"This means anyone in-store at this time should self-monitor for Covid-19 symptoms for 14 days. If symptoms for Covid-19 develop, get a test and stay at home until you get a negative test result and until 24 hours after symptoms resolve."

Staff said its teams had been working to increase protocols since the lockdown in Auckland started in mid-August.

"All these remain in place, which means the store has been cleaned multiple times throughout the day, has implemented increased sanitation procedures, physical distancing and mandatory mask-wearing for customers and staff.

"It's been a challenging time for everyone. We ask you to please bear with the team as they work to meet your needs. Be kind, mask up."

The Four Square on Bankart St, in Raglan, is linked to a positive case who was there on Saturday October 2 between 9.45am and 10.45am.

A person with Covid was at the Z Sylvia Park service station, on Mt Wellington Highway, for about an hour on the same day. They were there between 11.45am and 12.47pm on Saturday.

On Friday, a bakery in Manukau and a dairy in Papatoetoe, South Auckland, were linked to a person with Covid.

Covid-infected person was at Kahikatea gas station on Tuesday

The Tasty Hot Bread Bakery, on Great South Rd in Manukau, had an infected person come through between 11.20 and 11.25am that day.

A member of the public with Covid was at the Swaffield Road Dairy, in Papatoetoe, for five minutes between 5.30pm and 5.35pm.

The latest anyone with the virus has been out in the community was two days ago on Tuesday afternoon.

A person who has since tested positive for the virus was at the Z service station at 1/124 Kahikatea Drive in Melville, Hamilton.