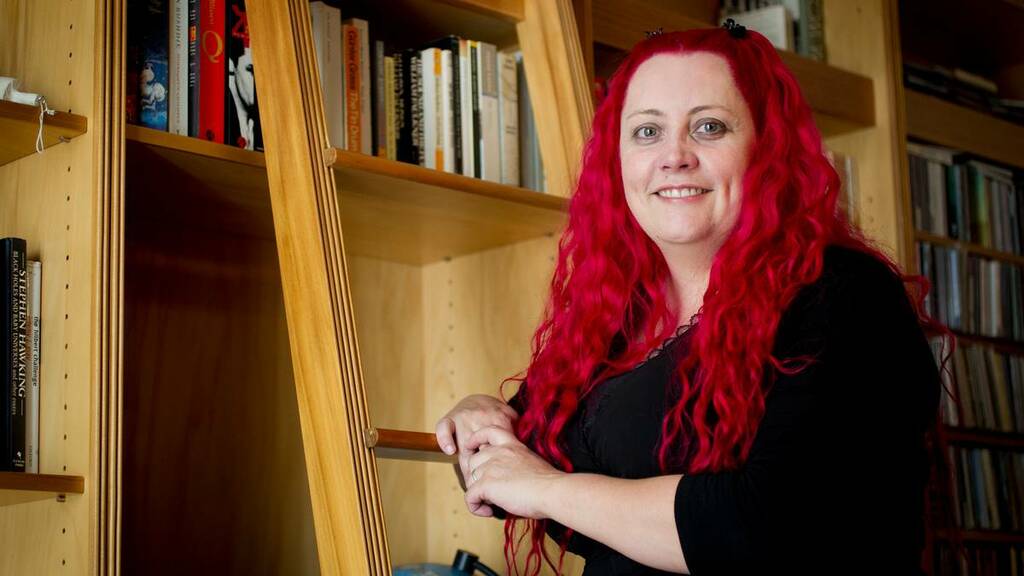 New Zealander of the Year Dr Siouxsie Wiles has written an opinion piece offering an insight into the abuse she receives from "everyday people" for her commentary on the Covid-19 pandemic.

The opinion piece published in The Guardian today comes as the Associate Professor of microbiology continues an employment dispute with Auckland University for an alleged lack of protection from "a small but venomous sector of the public".

Wiles says of the people that send her abuse on a daily basis through social media, email, text messages or voicemail that: "I pity them, and I won't let them silence me."

However, Wiles details a number of examples of the kind of abuse she receives in the 800 word op-ed.

The piece begins describing an email she received on Christmas Eve which said she'd been "added to the 'accused' list on a website called Nuremberg NZ."

"Those behind Nuremberg NZ want people like me to have "thier [sic] day of reckoning" in a similar way to how Nazi war criminals were tried after the second world war," Wiles writes while describing the abusive email.

Most striking to the Associate Professor is how unfazed many of the people who send her abuse are about concealing their identity.

"It's the people who email, text, or leave voicemail messages that I'm fascinated and disturbed by," Wiles writes in the Guardian.

"They use their real names, and often their work email addresses. I sometimes look them up online. They are executives and engineers. Political candidates, finance managers, and office administrators. Real estate agents and electricians. Some of them are retired.

"They are just everyday people. And they send me hateful and abusive messages because they think I'm a Satanist, or that I just want to be famous, or that I'm trying to make money."

Wiles says that in comparison, "social media abuse is relatively easy to deal with".

"While sending people death threats doesn't appear to breach the social media companies' terms of use, the platforms do at least provide a block button," Wiles says. "Third-party apps like Block Party have been a lifesaver as they pre-emptively block abusive accounts."

Wiles says the abuse and threats she has received started "almost immediately… ​​on a near-daily basis" after she began doing media interviews on Covid-19 two years ago.

"I've had my home address posted multiple times on far-right websites and social media channels, along with calls for people to pay me a visit. I was harassed by conspiracy theorists while eating breakfast in a hotel," Wiles says.

On January 3, Wiles and her colleague Professor Shaun Hendy filed complaints against the University of Auckland arguing their employer hasn't taken enough steps to protect them against abusive members of the public who had become increasingly "unhinged".

The Employment Relations Authority has agreed that a review of their concerns should be expedited - skipping the authority's sometimes lengthy investigative process and instead going directly to the Employment Court, despite objections from the university.
The same ruling also orders the University of Auckland to pay the professors' legal fees to date.

Hendy, whose data-modelling expertise has been credited with having influenced the nation's Covid-19 response, and microbiologist Wiles, a science communicator who was named the 2021 New Zealander of the Year in part for helping to "make the science of the pandemic clear and understandable", first filed complaints in July.

Both experts say they've been raising concerns about their safety and have been requesting the university to help protect them since April 2020, shortly after the pandemic began. The university, they argue, has either responded inadequately or not at all.

"Associate Professor Wiles has been the subject of doxing with an associated threat to physically confront her at her home," the Employment Relations Authority judgment states.

"Professor Hendy has been physically confronted in his office on the university campus by an individual who threatened to 'see him soon'.

"The applicants have suffered vitriolic, unpleasant, and deeply personalised threats and harassment that has had a detrimental impact on them in terms of their physical safety and from a psychological, mental health and wellbeing perspective. The level of harassment they are facing is continuing and has been getting worse and 'more extreme' in nature."

But in a written response to Wiles and Hendy in August, the university suggested they address the safety concerns by keeping their public commentary to a minimum. University officials also suggested they take paid leave to enable them "to minimise any social media comments at present".

While the two have every right to provide public commentary on the pandemic, they are not "expected" or required to do so, the university has told the Employment Relations Authority.

Wiles and Hendy said the suggestion was unreasonable.

In the months since the initial complaints, Auckland University has ordered an external security review which found "opportunities for improvement" regarding the professors' digital and physical security.

But the university's timeframe for implementing the suggestions is staggered throughout 2022, the academics noted, adding that they can't wait a year.

The authority noted employment relationship problems should generally be first investigated by the agency, and parties could then appeal to the Employment Court after the process is completed.

The university argued, unsuccessfully, that sending the issue straight to the Employment Court is unfair because it reduces the opportunities to appeal.

The Employment Court registry remained closed for Christmas until December 29. The next steps in the employment dispute are now being determined.