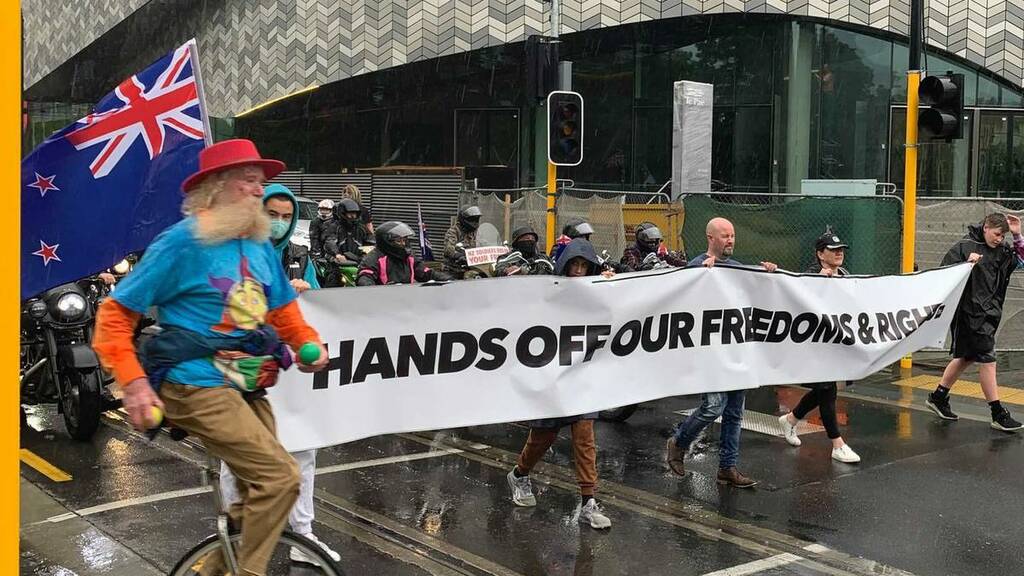 The Christchurch City Council has sent a $14,000 traffic management bill to the organiser of anti-mandate and lockdown protests in Christchurch.

A spokesperson for the council confirmed they have sent the invoice to the Freedom and Rights coalition group, which was founded by Destiny Church leader Brian Tamaki.

The bill, which is for a total of $14,117.47, is to cover costs incurred during three protests in Cranmer Square and in other parts of Christchurch late last year.

The spokesperson also confirmed another invoice will be sent for a rally held at Hagley Park on Saturday that was followed by a march down Riccarton Rd.

Council general manager infrastructure, planning and regulatory services Jane Davis said they will be writing to the organiser, Derek Tait, a senior pastor at Destiny Church, to advise him the group needs to stop using Cranmer Square.

"The services and protest events are in breach of the parks bylaw and potentially the District Plan."

Tait declined to comment on the matter when contacted by the Herald.

Council staff and contractors had to work to mitigate any effects including adapting intersections, controlling the traffic signals and monitoring security cameras during the protests.

Davis said the council is seeking legal advice to confirm exactly what enforcement actions it could take.

She said the ongoing church services and protests are upsetting local residents.

"We totally share the frustration of residents who have complained to us about the impacts of the noise and behaviour associated with their events on their neighbourhood. We are pursuing all avenues to minimise, or preferably eliminate, the adverse impacts on the Cranmer Square residents.

"Cranmer Square is a special park and the only events that are normally held there are commemorative events, such as Anzac Day services."

Tamaki also reportedly spoke at the event, in a possible breach of his bail conditions, though a Destiny spokesman told NZME the event was a "family picnic", not a protest.