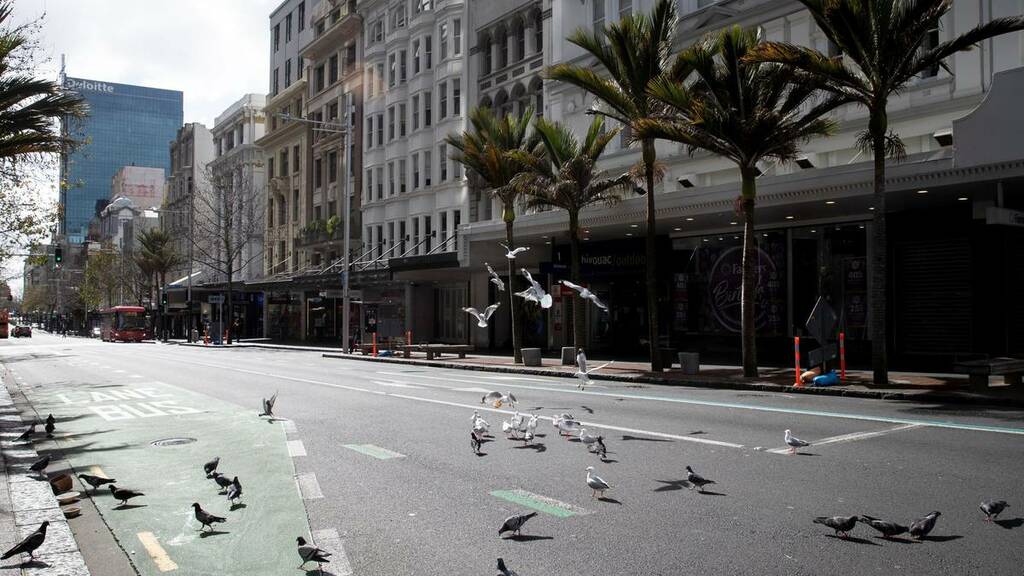 Another week of level four lockdown is devastating news for Auckland businesses bleeding money while the economic cost to the city continues to mount.

"What was meant to be a short, sharp, three-day lockdown is now moving into its fourth week … [financial] support is limited and will not be enough to stop businesses going to the wall." Retail NZ chief executive Greg Harford said.

Auckland Business Chamber CEO Michael Barnett accused the Government of ignoring the mounting economic and social costs of lockdowns in its response to Covid 19 and the Delta outbreak.

"Auckland cannot afford to stay in Alert Level 4. We're bleeding tens of millions of dollars each week but there are social and personal impacts negatively impacting people's wellbeing, confidence, and willingness to comply with this health first approach," he said.

"There has to be a better balance to get us out of the sick bay and back to health – physically, socially, and economically ... We need a different response to live with Covid as safely as possible without killing our livelihoods and lifestyle."

Prime Minister Jacinda Ardern said the extra week in alert level 4 will trigger another fortnight of the wage subsidy, while a further round of the resurgence support payments will open on Friday.

"If you think you might be eligible for assistance, tap into what's there," Ardern said after saying Auckland will remain at level four until midnight next Tuesday at least, although the Government has made an "in-principle decision" that Auckland will drop down to level three then.

Retail NZ's Harford said that the extension to the level 4 lockdown in the Auckland region is "devastating news" for retailers and other businesses trying to survive the Covid-19 outbreak.

"While it is important for the Government to manage the current health crisis, the extension to the lockdown is hugely difficult for businesses and maybe a fatal blow for some," Harford said.

As a raw estimate of the hit to GDP, every day in Level 4 is costing Auckland about $100 million in lost economic activity.

That figure is based on Treasury estimates that Level 4 lockdown results in a 25-30 per cent hit to activity and Auckland's economy accounting for about 38 per cent of New Zealand's total GDP.

But economists now view much of the suppressed activity as displaced rather than lost, based on the sharp V-shaped recovery New Zealand experienced last year.

"Recent experience tells us that activity rebounds rapidly when lockdowns are lifted," he wrote in report today.

"Pent-up demand is unleashed as freedom returns. We are picking a rapid 8.5 per cent quarterly rebound in [the fourth] quarter".

There are also promising signs that Auckland business confidence is holding up better than last year.

"We examined a split between Auckland and the rest of the country but the differences were very small," said ANZ Chief Economist, Sharon Zollner.

"Overall, the preliminary ANZ Business Outlook results suggest that firms can see light at the end of the tunnel, even in Auckland."

What GDP figures don't show is the cost in terms of Crown spending to support businesses through the lockdown.

With the whole country at Level 4, the Wage Subsidy came in at about $1.2b for the first fortnight and about half a billion for the Resurgence Support payment.

That suggests Auckland's extended Level 4 lockdown could cost the Government more than $300m a week - all of which will be loaded on to New Zealand's long-term debt.

Harford said it was important that the Government provided additional support to help cover the fixed costs of running a business, including rents and utilities as wells as wages.

"It's also important that the Government enables businesses to trade, where they can do safely. This includes retailers and manufacturers producing goods that are critical for businesses and consumers in the Level 2 parts of the country. There are significant issues in the supply chain and some stores are running short of goods that are unable to be produced under Level 4 restrictions."

Restaurant Association chief executive Marisa Bidios said the extension for another week of level 4 in Auckland was "inevitable but not desirable".

"Auckland businesses will have to keep their businesses closed for yet another week and the financial drain is taking its toll on business owners and their employees," she said.

"With no assurance of a wage subsidy extension into level 2 for Auckland-based businesses and severely restricted trading even when we do arrive there, our businesses are having to make extremely difficult decisions to hang on for another week.

"What continues to be pushed under the carpet is the crippling losses that so many industries unable to operate at levels 4 and 3 are facing."

"Auckland cannot afford to stay in Alert Level 4. We're bleeding tens of millions of dollars each week but there are social and personal impacts negatively impacting people's wellbeing, confidence, and willingness to comply with this health first approach," he said.

"There has to be a better balance to get us out of the sick bay and back to health – physically, socially, and economically – rather than perpetuating this vicious circle of stamp it out, wait for the inevitable next breach at the border and lock us down. We need a different response to live with Covid as safely as possible without killing our livelihoods and lifestyle."

Barnett said there is frustration at the unevenness and unfairness of the way essential business has been defined, favouring well-resourced and financially cushioned large firms.

"This is hitting sectors and businesses differently. Vineyards are unable to prune which will impact this year's harvest; manufacturers have lost customers because they have failed to deliver supplies to feed industries able to operate down the country; hospitality outlets are teetering because they need a client base with the freedom to move. And then there are the winners – those that can work from home, government servants, and of course, the supermarkets.

"SMEs, the engines of the economy, are capable of contactless commerce and must be able to operate, not live hand to mouth on subsidies, hoping that they can stretch dwindling resources while a plan is hatched to open the Auckland economy."

Hospitality New Zealand chief executive Julie White said extending Auckland's lockdown increases the likelihood of more hospitality operators there going out of business, making it even more imperative the Government comes up with a targeted payment for the sector.

"We know lockdown needed to be extended as long as there are mystery cases in the community – we get that and we support it. But every single day hospitality and accommodation businesses are unable to trade brings more pain and more likelihood of liquidations," White said.

"And even though the Government has signalled a move to Level 3 next week, that's not going to make a lot of difference because the difference between Level 4 and Level 3 is miniscule.

"Cafes, bars, restaurants and other venues will remain off limits, with food outlets allowed just contactless pickup or delivery, and for many, it's not worth opening.

"Accommodation businesses will be able to open but no one will be allowed to travel so that's not going to make much difference," she said.

"The possibility of the rest of the country moving to Level 1 will be welcomed by all, but it will likely be a slow return, and many businesses will remain vulnerable for some time.

"That's why we need a targeted payment now.

"The Government told us last week they get all that but targeted support is difficult to organise. But it is no more difficult than this industry carrying most of the financial burden of Covid-19 levels," White said.

"The extension of the resurgence payment was welcomed but it's nowhere near enough. The Government is not offering anything equal to the deep financial crisis the hospitality industry is in.

"Our need is uniquely desperate. Levels 2 to 4 are periods of 30 and100 per cent losses for most hospitality and accommodation businesses. There has been little bounce-back under Level 2.5, with cancellations going right through to Christmas.

"Most of our members will trade at a loss even with the extension of the wage subsidy and resurgence payment last week. This will get a lot worse for our businesses before it gets better – unless we get targeted support," White said.