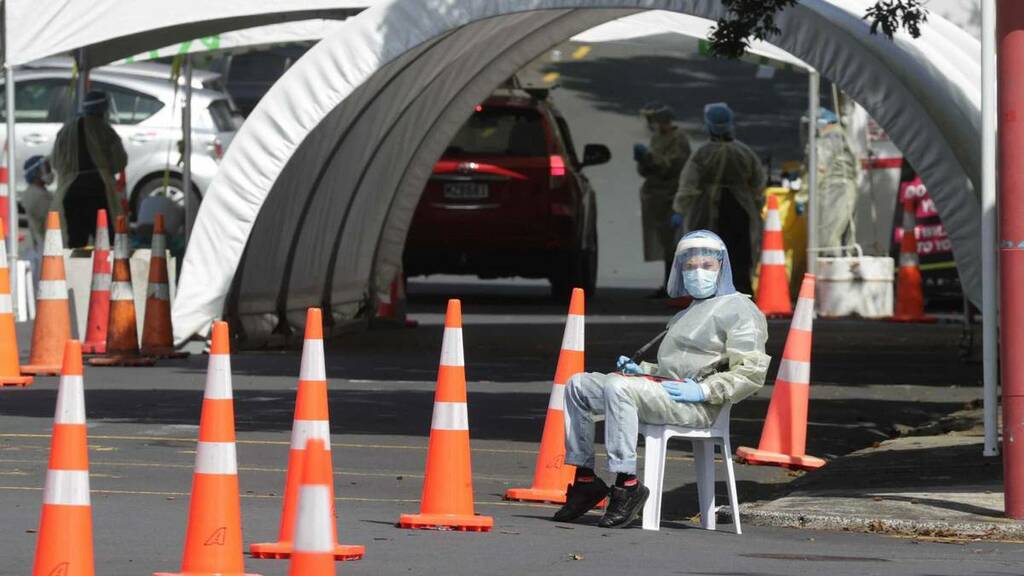 There has been a rise in new Covid-19 cases in the community, as Aucklanders brace for a Government decision on whether the city will come out of alert level 4 lockdown this week.

After reporting only 11 community cases yesterday, the Ministry of Health on Saturday confirmed 23 new cases - and one in managed isolation.

All are in Auckland.

The latest case in managed isolation travelled from Singapore and arrived on September 6. They tested positive after three days and are isolating in an Auckland facility.

While 14 of these cases are epidemiologically linked to the outbreak, officials said the remaining nine are yet to be linked.

There have now been 3534 confirmed Covid cases in New Zealand since the pandemic began last year.

A Ministry spokesperson attributed the increase to day-five and day-12 tests that were due for close contacts, and further investigations into unlinked cases. The rise in cases highlighted the importance of adhering to alert level rules and getting a test if someone met the criteria, they said.

"This does serve as a strong reminder of the importance of following the Covid-19 alert level rules wherever you are, and to get tested if you have any symptoms or have been at a location of interest at the specified times."

According to the ministry, a total of 19 people are in hospital - four at North Shore, seven at Middlemore and eight at Auckland City. Four are in intensive-care or high-dependency units.

Of the 38,142 contacts identified, 87 per cent have received a call from contact tracers - leaving just under 5000 people yet to be contacted. A total of 15,241 tests have been done across the country in the last 24 hours, with 7196 being done in Auckland - again meeting the Ministry of Health's target of 7000 tests per day.

There have been no unexpected wastewater detections in the past 24 hours.

There are eight epidemiologically linked subclusters, officials said. The two largest are the Māngere church group, with 375 cases, and the Birkdale social network cluster with 76.

There are nine epidemiologically unlinked subclusters.

A total of 64,775 vaccinations were administered yesterday.

Eight of yesterday's 11 cases had exposure events in the community, while three were in isolation throughout the period they were infected.

Yesterday, director general of health Ashley Bloomfield urged Aucklanders to get tested this weekend if they have Covid-19 symptoms in order to properly inform the Government's decision on Monday to potentially move Auckland to level 3.

Auckland could move to level 3 from next Wednesday, while the big question for the rest of the country is whether it could be at level 1, should Auckland remain at level 4.

Meanwhile, Dayspring Laundromat in Papatoetoe is the latest new location of interest for Auckland, added to the growing list on Saturday afternoon, along with new times for the previously listed locations of Chemist Warehouse Ronwood Centre Manukau, Pak'nSave Clendon and Pak'nSave Manukau.

In total, 15 new events at 10 locations have been added on Saturday, including supermarkets, pharmacies and another laundromat.

The Ministry of Health said the new locations of interest included Vege Oasis in Papatoetoe on Friday, September 3, Otara Mini Supermarket on the same day and Clyde Road Superette in Otara on September 4.

Asked what impact the unlinked cases had on alert level decisions, Deputy Prime Minister Grant Robertson yesterday said Cabinet was looking for the links, but if testing was high and case numbers were coming down, there was some reassurance there were no undetected chains of transmission.

Robertson said if there was a high number of mystery cases, that made a decision more difficult.

He said getting tested was one of the things taken into account in Cabinet decisions around alert levels and he encouraged people to get tested over the weekend.

"Assuming everything else stays the same we will eliminate sometime in the next couple of weeks," Hendy said.

But he was concerned by recent incidents of patients presenting at Middlemore Hospital and later testing positive for Covid-19.