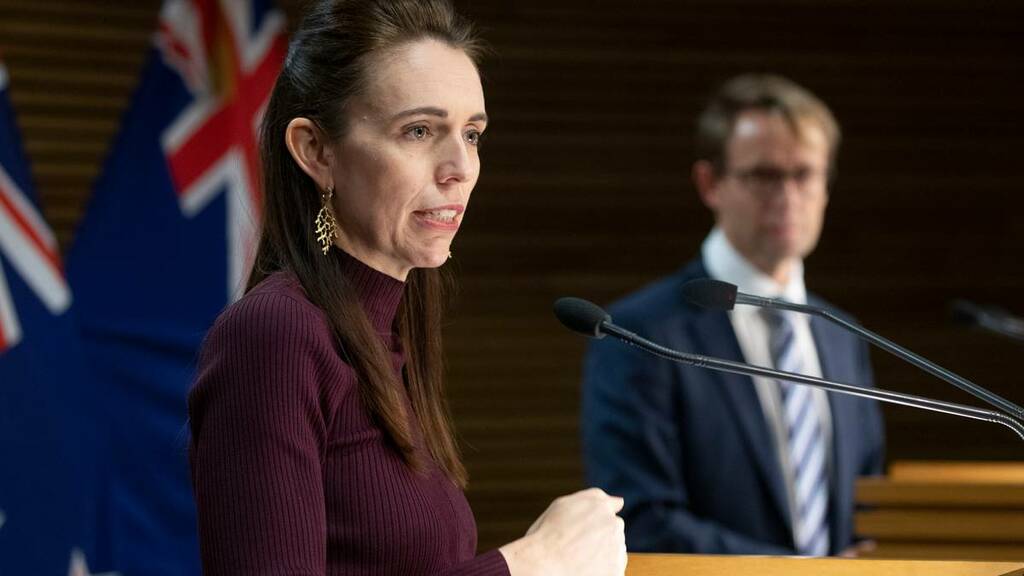 There have been no reports in New Zealand of deaths related to teenagers getting vaccinated against Covid-19, the Prime Minister says.

Prime Minister Jacinda Ardern called this afternoon for people to continue getting vaccinated, saying it was the best way to protect people from the deadly virus.

Asked about a specific rumour being spread online that a teenager's recent death had been linked to the Pfizer vaccine, Ardern said she had been advised there was no such link.

"All I would say is, those who seek to make those links, I just can't imagine how distressing that would be for family members."

Any information about adverse events would have been shared proactively, she said.

She advised people to be wary of believing information that came from people who were trying to undermine vaccination efforts.

Director-general of health Dr Ashley Bloomfield added that if there was "any possibility" of such a link, a health professional would have reported it. No such report had been made.

The Herald understands the false rumour started following the death of a Year 13 student at a central Auckland school. The principal of another school sent out a message to his students yesterday confirming the student had died.

He told the Herald he was told "on good authority" the tragedy was "due to a suspected heart attack - not Covid".

"This is an absolute tragedy for [her] whanau, friends and school community," the principal wrote to his students. "Please keep them all in your prayers."

The principal of the school attended by the deceased student has not returned an emailed request for comment.

An unfounded rumour about the student's death appears to have first popped up on Saturday night and was given a big boost when lawyer and NZ Outdoors Party co-leader Sue Grey, a well-known anti-vaccine activist, posted about it to her followers.

The post attracted over 1400 comments before it was taken down late this morning but has also been cited overseas.

Fact Aotearoa, a group that says it fights conspiracy theories, told the Herald today some members have personally filed complaints against Grey with the New Zealand Law Society as a result of the "cruel and perfidious social media posts".

"Sue Grey has not provided any evidence to back up her claims," said a spokesman.

Grey said in a statement released by NZ Outdoors Party tonight saying there has been "a rush of student deaths and serious heart problems since the government's decision to roll out the Pfizer vaccine to 12-17 year olds."

It's unclear which cases she is referring to but added there had also been "another two serious post vaccine injuries in students" which she says are "under investigation".

Grey said there should be an active follow-up of each recipient to check on their health and to ensure all adverse effects are reported and assessed.

Currently 2,662,131 people in New Zealand have received at least one dose of the Pfizer vaccine, and one death has been recorded as being possibly linked.

A middle-aged woman died in July due to inflammation of her heart muscle wall, or myocarditis, believed to be linked to the vaccine.

Myocarditis is a very rare side effect of vaccination and normally only causes mild symptoms. Fatalities are extremely rare - as of August, five people in the European Union had died from the condition after 160 million vaccine doses.

However, the Covid-19 Vaccine Independent Safety Monitoring Board has called for clinicians and the public to remain vigilant and aware of the signs of myocarditis and pericarditis following the woman's death.

Experts says the benefits of vaccination continue to outweigh the risks of any side effects.