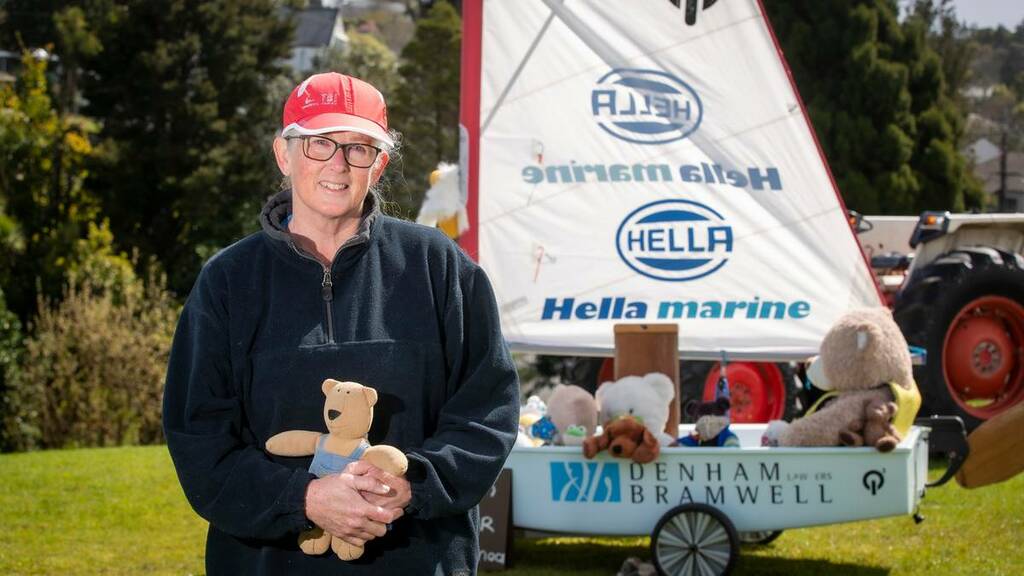 Teddy bears in windows have become a common sight for those stretching their legs during lockdown but one woman has taken it to the next level.

Those who live in Susan Mudford's neighbourhood have been treated to a variety of teddy bear displays whenever Auckland has been in lockdown.

The Howick-based teddy in question, who often enlists the help of some friends, has been very busy. From skiing, snowboarding, kayaking and scuba diving to cycling, camping and working on the house, he has done it all.

Mudford said it all started in the very first lockdown in 2020.

"We started with what we call Big Ted and then each day I added another teddy," she said.

"We raided the soft toy cupboard, all the kids have grown up now but left toys behind so we dragged all those out."

The teddies went into hibernation once Auckland was out of lockdown but have reappeared during every lockdown since, including during the current Delta variant outbreak.

She said she took a photo of every arrangement and some would always be very meaningful.

"My dad was a carpenter so when I get all the tools out and put the work belt on Ted, it makes me think of dad.

"Dad owned a corner dairy and he served the community. I know if he was alive he'd be putting together something similar so it gives me that connection with him. When you're in lockdown you have time to think about these things, all the memories attached to the toys as well, with my own children.

"There are little nuances as well, little Ted is there somewhere every day and there's a possum they're trying to kill off."

Mudford said she had received a great reception from her community and had also put the activity towards a good cause.

"There was a thing going around about the bear hunt so I stuck Big Ted on the deck. Then I thought let's keep adding to it and it just grew.

"To hear children come down the road and be talking about them and looking out for them - people saying how much it brightens their day, that's really cool.

"In level 3, we do a food bank collection. The teds put a trailer out and set up a sign asking for collections. We did it in August last year and had a few thousand items. The timing was perfect because when we dropped it at the food bank their shelves were virtually empty."