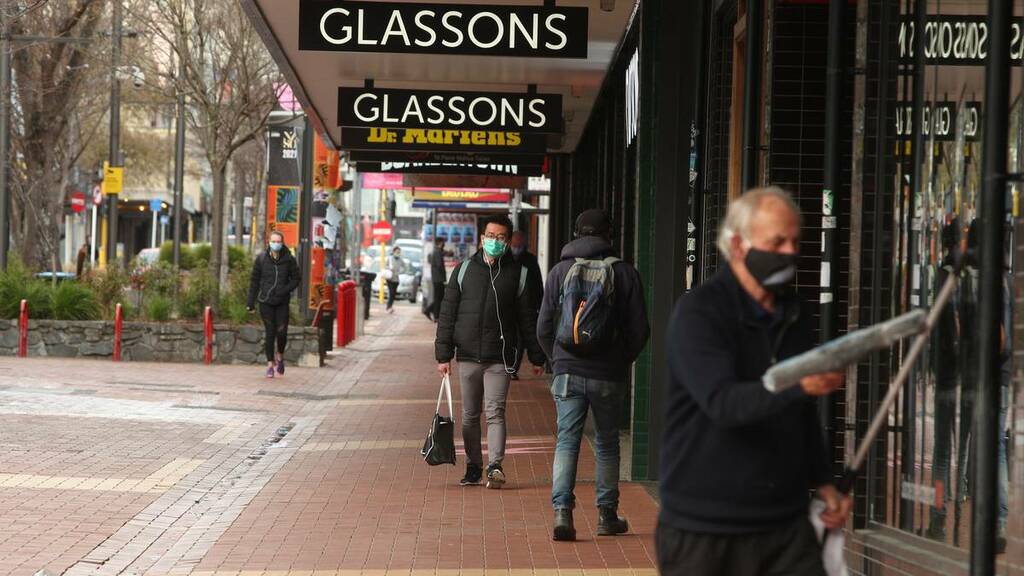 Traffic is increasing, shops are reopening and people are returning to work as Wellington wakes up to level 2 on Wednesday.

Along with the rest of the country outside Auckland, the capital moved to alert level 2 at 11.59pm on Tuesday night.

Owner of French Barbers Jason Hurier on Lambton Quay in Wellington is surprised at how few people are around, and expected there to be a rush of customers.

"I expected more people waiting, last year we had a queue of 20 people at 8am. I think a lot of people are still at home," he said.

"We are booked today but with not as many people waiting for bookings as compared to last year. Last year was crazy – it was the busiest time I've ever had in 15 years of experience."

He said they were adapting to the new Delta level 2 rules and glad to be open again.

"Level 3 and 4 is terrible for us – we can't open, but we still have to deal with the bills.

"It's frustrating but we're glad to be open again and glad to see our clients here to support us."

Wellington friends Owen and Leilani were enjoying sitting down for breakfast together again in the city, for the first time in three weeks.

"It's pretty quiet here, not a lot of people around," Owen said.

"But the ones that are seem pretty happy to be out which is nice to see."

His friend Leilani said they had ordered three breakfasts to make up for all the money they had saved in lockdown.

"I really miss seeing people, that's the most important thing for me," she said.

"It's still pretty quiet – people are masked up and doing their bit."

Wellingtonians waiting for their morning coffee on Wednesday said they were excited to see a buzz on the capital's streets again.

Shelly Gawith said it was great to see cafes and restaurants reopening in the CBD.

"I live in the CBD and there's just an energy to the city again and a bit more of a buzz which is nice to see."

Steve Cox said he was happiest for the young people.

"It's fantastic for everyone, and it gets the economy going. People aren't made to sit at home, especially young people."

"I'm happy for the young people out there working and doing stuff."

He said he was very grateful New Zealand had gone hard and early with Delta.

"We've got it easy here, New Zealand's had it really easy. I've got friends in England who have had it ten times worse than us."

Sean Cockburn, who worked in construction, said his job would get much easier in level 2.

"it's just a bit easier now really - easier around site and easier to get materials.

"It's good Auckland has opened up because we were sort of running out of gear for the team and that backlog's going to be going for the next two months I reckon."

"But it's business as usual, everyone just has to pull up their socks and keep going."

He said he was most excited for an "eggs benedict and a visit to the pub".

Council facilities such as libraries and pools have reopened at alert level 2, but Capital and Coast DHB has advised they will be continuing to restrict visitors at Wellington and Hutt Valley Hospital emergency departments.

Patients are asked to bring only one support person with them into the emergency department waiting room.