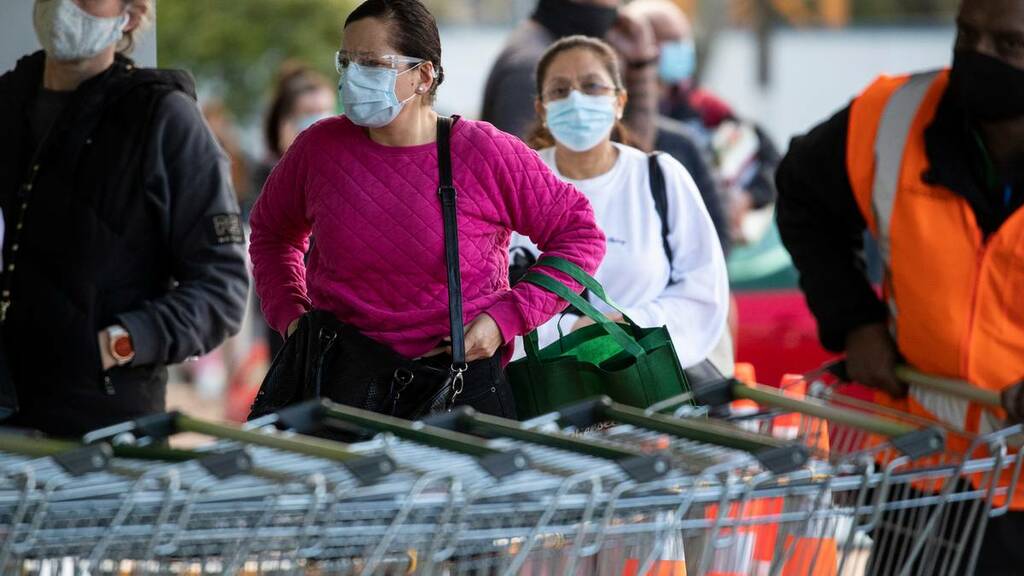 A Waikato woman who is medically exempt from wearing a mask is calling the actions of two supermarkets which allegedly barred her from entering without a mask discriminatory and divisive.

Zoe (not her real name) lives with asthma, bronchiectasis and a reduced lung capacity, which causes a smothering effect and restricts breathing when she wears a mask.

"It is exhausting because you're breathing harder and faster," she said.

Since New Zealand went into lockdown on August 17, Zoe has tried to enter her local Pak'nSave and Countdown supermarkets on three separate occasions with proof of her exemption - only be turned away each time.

"I felt absolutely embarrassed, I felt like I was victimised for want of a better word.

"It's discriminating and it's dividing people."

Spokespeople for both supermarket chains acknowledge mistakes like this do happen and are encouraging Zoe to contact them to investigate further.

It comes after the NZ Herald reported similar concerns from a national disabled community advocate which referenced disabled people being refused entry to supermarkets because of anti-maskers abusing exemption accreditation.

People can apply to get an exemption under a number of criteria, but both the Government and police have confirmed proof is not necessary to enter a business without a mask.

People in need of an exemption were encouraged to call Healthline.

Zoe's first supermarket visit was on August 21, two days after a close family member passed away.

After lining up at her local Countdown (which won't be named to protect Zoe's identity), she was told by a security guard she could not enter without a mask - despite showing her copy of the Government's mask exemption waiver.

The guard allegedly told Zoe "anyone could print those out" as he stopped her from entering the store.

"I walked away because I'm a business owner and I can't afford the public seeing me get upset," Zoe said.

"I just walked back to the car and had a bit of a cry about it."

Zoe, in her 50s, then contacted the Disabled Persons Assembly - which issues mask exemptions - and she was sent the same waiver.

A few days later, Zoe tried her luck at her local Pak'nSave. Again, a staff member reportedly told her the exemption couldn't be accepted.

Earlier this week, Zoe paid for her GP to provide a signed document stating she was exempt from wearing a mask.

Despite this, Zoe's second attempt to enter Countdown was refused by a different security guard, who reportedly said her GP's note was not acceptable proof for not wearing a mask.

"The thing is, it's embarrassing and [people] look down on you as to say, 'You're unclean'," she said.

Zoe lives rurally which means she cannot get her groceries delivered. Her husband has been doing the shopping in the meantime, but Zoe said his work often precludes him from doing so.

With masks compulsory in all retail stores and elsewhere at alert level 2, Zoe was concerned for others who might be living in more difficult circumstances.

"It really upset me and I'm a quite strong person, but what about people who are more anxious or physically disabled, how do they get on?"

She encouraged supermarkets and other businesses to consider the needs of all their customers.

Zoe had since been contacted by a Disabled Persons Assembly staffer, who said conversations with the Ministry of Health on this issue were ongoing.

A Countdown spokesperson apologised for the mistake and any upset caused by the incidents.

"We understand there are exemptions to the [mandatory mask order]. On this occasion it appears our team didn't get that right."

They offered to follow up with the store in question if Zoe wished to.

The spokesperson acknowledged it wasn't easy enforcing mandatory mask wearing, with staff copping "significant levels of abuse" because of it.

"We try not to make mistakes, but when we do, we always welcome the opportunity to put things right.

"In this particular instance, we would strongly encourage the disappointed customer to contact the store owner directly."

Laird confirmed those with an exemption were expected to present Government documentation to staff at the front door before entry could be granted.

A Covid-19 Department of the Prime Minister and Cabinet spokesperson said the Office of Disability Issues and the Ministry of Health would be meeting with businesses and disabled people to ensure valid mask exemptions were honoured.

"We ask businesses to be mindful of this and ensure their customers are treated with understanding and respect, especially those who cannot get their groceries any other way."

The spokesperson said businesses should remind staff some people exempt from wearing masks may not have evidence, but were entitled to enter supermarkets.