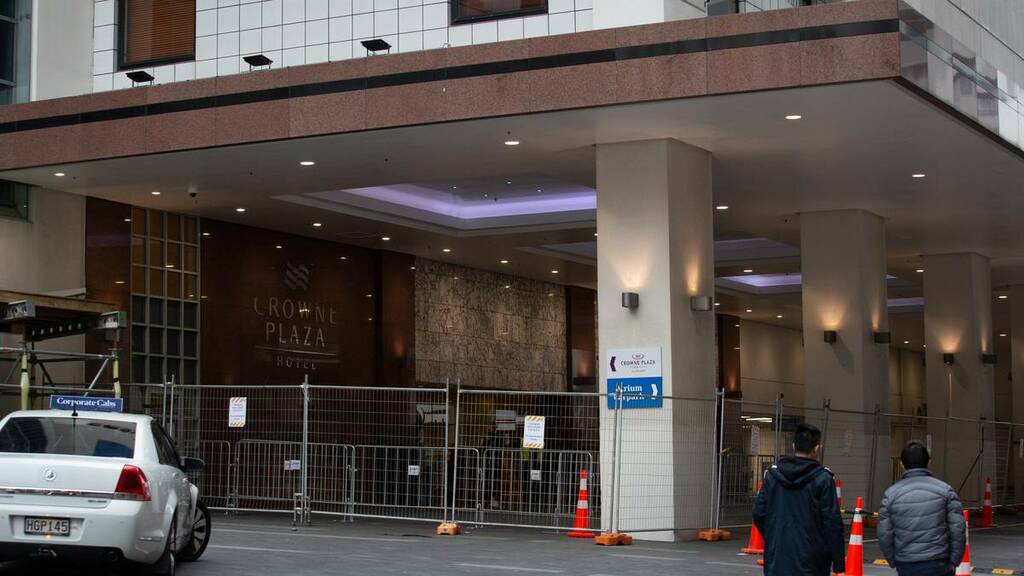 The Crowne Plaza hotel at the centre of the latest community outbreak will reopen as a managed isolation facility tomorrow.

It comes after an Auckland Regional Public Health Service investigation into a link between a returnee who tested positive for Covid-19 and a public walkway that was potentially the source of the current Auckland outbreak.

Joint head of managed isolation and quarantine, Brigadier Rose King, said the additional assurance review confirmed that the procedures and ventilation at the facility met the relevant standards.

Findings from the MIQ Technical Advisory Group have also resulted in a recommendation that the Crowne Plaza be opened again for returnees.

"The risk to members of the public passing by is so low, it is negligible," she said.

"From a public health perspective, we believe the Crowne Plaza is safe to recommence accommodating returnees."

Wall between public walkway and hotel to be built higher

Modelling by engineers at the University of Canterbury also show that the risk of infection to members of the public if an infectious person was standing in the lobby to be "very low," King said.

Despite the findings, a number of precautionary measures have been made - including increasing the height of a Perspex divider between the lobby and the public atrium to the ceiling where it has been sealed.

"Although the risk has been deemed very low, out of an abundance of caution we are raising the wall of the walkway and placing a roof on top," she said.

"The roof and wall of the structure will be covered with a plastic coating."

Last month, Prime Minister Jacinda Ardern said the Auckland cluster had been closely linked to a traveller from Sydney who arrived in the country on August 7.

They were initially taken to the Crowne Plaza before being transferred to the Jet Park quarantine facility after testing positive for the deadly virus days later.

Health officials revealed later that up to three people staying in a room next to the Sydney traveller at the Crowne Plaza, had also returned positive results for Covid.