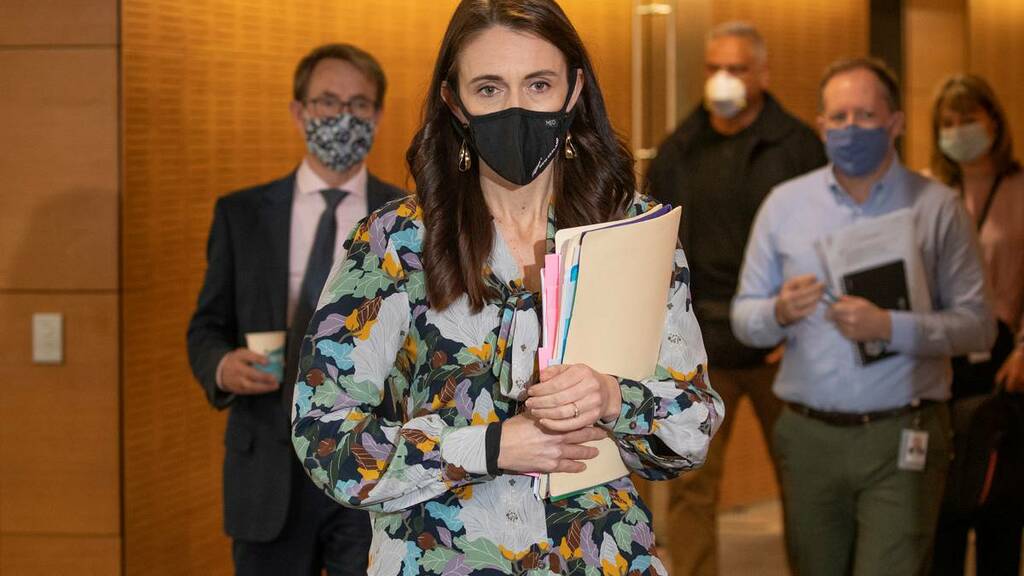 Aucklanders will be hoping yesterday's rise in positive Covid cases is merely a outlier ahead of Cabinet's alert level decision tomorrow.

Twenty-three cases were announced yesterday, more than double Friday's 11 which sparked hope Auckland might be able to exit its now 26-day lockdown next week.

However, experts are more concerned with the number of infections with no clear link to existing cases or locations of interest - suggesting undiscovered chains of transmission in the community.

With nine of yesterday's cases pushing this outbreak's total number of unlinked cases to 36, University of Otago epidemiologist Michael Baker believed it was "extremely unlikely" Auckland would move to alert level 3 in the coming days.

"I think we're going to have see low numbers consistently for several days and that we're not seeing a pattern of any more unexpected cases.

"[An alert level shift next week] is certainly not impossible ... overall, things are going in a very positive direction."

Eight of Friday's 11 cases had exposure events in the community, while three were in isolation throughout the period they were infected.

Nineteen people are in hospital: four at North Shore, seven at Middlemore and eight at Auckland City. Four are in intensive care or high dependency units.

A ministry spokesperson acknowledged the slight increase in cases but said such volatility was likely at this point, with day five and day 12 tests due for close contacts and further investigations being carried out into any unlinked cases.

That satisfied director general of health Dr Ashley Bloomfield's 7000 target, which he has repeatedly referenced as good surveillance across the region.

That message was backed up by Deputy Prime Minister Grant Robertson, who said testing surveillance was one of the key aspects considered by Cabinet when deciding on alert level shifts.

Baker said there wasn't enough information regarding the unlinked cases to know how they might impact the chance of an alert level change for Auckland.

"It [would be] good to know what proportion of them are proving difficult to link," he said.

"If some of those are going back quite a few days, they're not so meaningful, we are really more interested in [recent cases]."

However, Baker said the jump in cases was not an unexpected characteristic during Delta outbreaks.

He cited multiple reasons why yesterday's total could be larger, including the possibility people in larger bubbles with positive cases were now becoming symptomatic.

Baker also referenced how asymptomatic people could be unconsciously spreading the virus at essential workplaces - as evidenced by the number of supermarkets and laundromats announced as locations of interest recently.

However, he conceded moving Auckland to alert level 3 early next week was "extremely unlikely".

However, similar to Baker, Roberts said the progression of case numbers was not expected to be linear, as day five and day 12 tests were returned.

"The overall trend is important and I'm looking forward to the numbers decreasing again during the week, hopefully."

Roberts, who lived in Auckland, acknowledged the concern around the number of unlinked cases, which he saw as a potential sticking point for the Government.

"I'd be surprised if Cabinet decided we could reduce the alert level in Auckland in the next few days.

"I have been hoping for that, but I think they'd be brave to do it unless it's a drastic drop [in cases]."

Roberts, a Massey University mathematical biology professor, speculated Auckland could be treated in a similar way to Northland,

Tai Tokerau was kept in lockdown for several days longer than the rest of the country - aside from Auckland - as a precautionary measure, with the assurance that if tests remained negative, the region would shift to level 3.

It comes after 250,000 Pfizer vaccine doses from Spain touched down in Auckland on Friday, sourced to ensure New Zealand could continue to service the increase in demand for vaccines.

Prime Minister Jacinda Ardern is set to share details of another "much larger" shipment from a different country at some point next week.