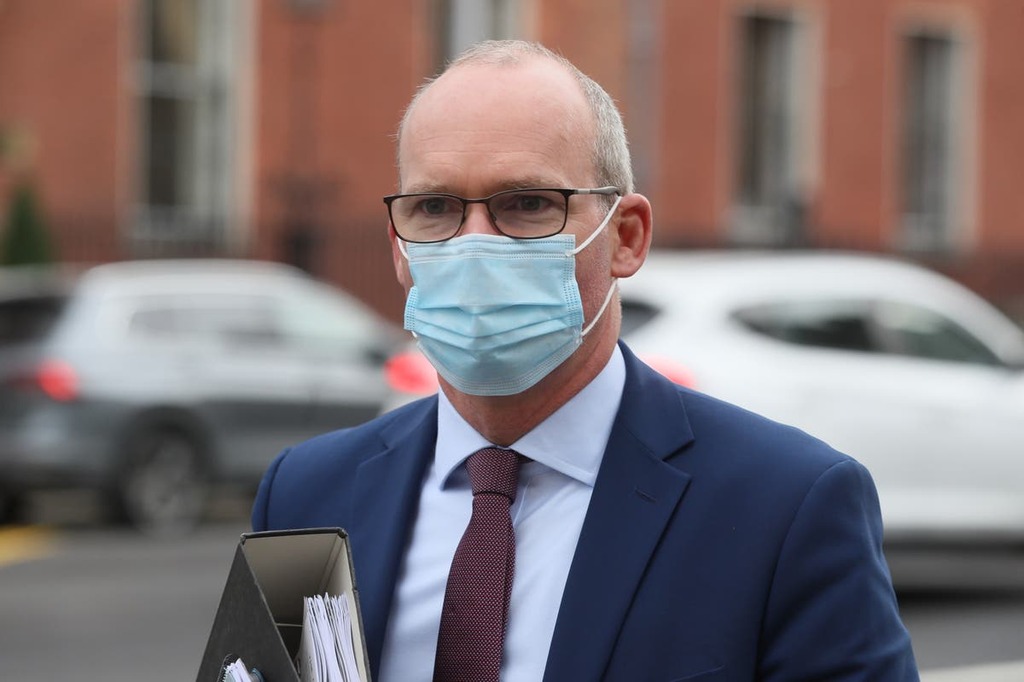 Foreign Affairs Minister Simon Coveney has admitted he was made aware of the lockdown-breaking Champagne party at his department on the night it happened.

Mr Coveney has denied attending the bash at the Iveagh House in June 2020, where his staff were celebrating after Ireland won a seat on the United Nations security council, while strict lockdown measures were still in place.

In his first public comments on the controversy, the minister said he was made aware that his Secretary General had tweeted a photo of the event, but decided not to investigate.

That photo showed around 20 officials at the department drinking Moet and Chandon Champagne, without wearing masks or adhering to social distancing measures.

“I was told by my team that there had been a photograph that was put up on Twitter by the Secretary General. That clearly was not a good idea, but it had happened,” he said.

“I was told, I think, later on that evening. To be honest with you, that wasn’t my focus that evening at all.

“I was told later on that a photograph was tweeted out and it was later on, I think late that evening after midnight, it was taken down.

“My Secretary General at the time acknowledged that it shouldn’t have happened and it was a momentary drop of our guard, I think was what he said.”

Despite being told about the party, Mr Coveney said he did not decide to investigate the incident because he did not feel “there was a need for follow-up”.

“I didn’t think that was a good idea,” he told RTE Radio One when asked if had ordered an inquiry.

“This was something that had happened. It was quite public because it was put up on social media. It was taken down, there was an acknowledgement of wrongdoing if you like.

“I trusted my Secretary General and I felt that clearly, what happened shouldn’t have happened.

Despite not calling for an investigation, Mr Coveney has insisted that lessons were learned from the incident.

He added: “I think that the Secretary General, who was there, of course needed to ensure that the department didn’t allow a repeat of that dropping of the guard if you like.

“Particularly at a time when the country was and continues to be, rightly, very sensitive in terms of adherence to restrictions linked to Covid.

“People like me and my department need to lead by example. This is something that I think many in the department are very embarrassed about and feel ashamed about.

“But it happened. It didn’t happen since. And I think, you know, from that point of view, the lesson was learned.”

Mr Coveney said he would be happy to answer questions on the matter at the Oireachtas committee on Foreign Affairs, if requested.