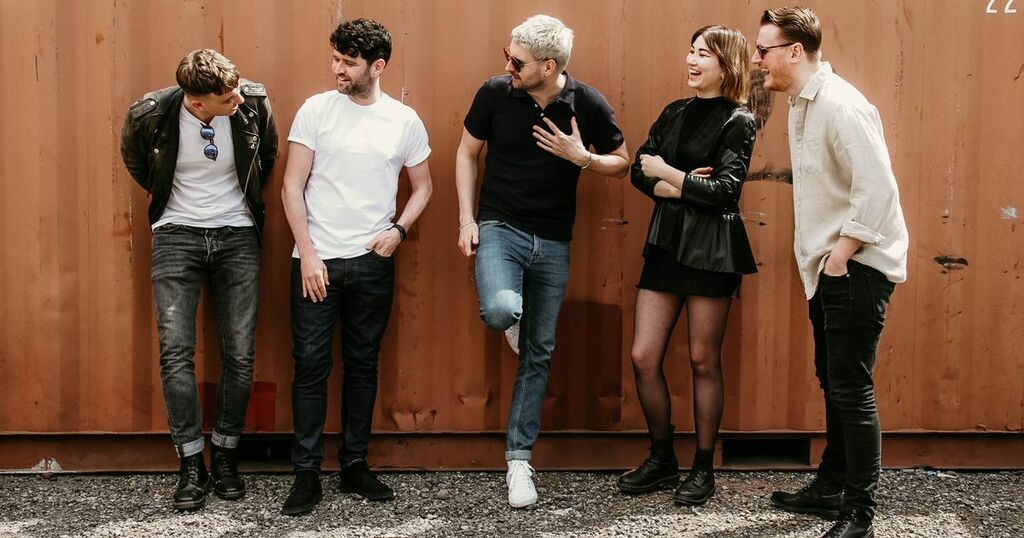 The Middleton rockers will be joined by some of the biggest names on Manchester's music scene.

The gig on Saturday, September 25, will be one of their first since the pandemic began, in front of an audience of around 50,000.

Courteeners are no strangers to the Old Trafford cricket ground, having headlined a moving show at the same venue back in May 2017, days after the Manchester Arena terrorist attack.

Formed in 2006 and fronted by Liam Fray, the band have a habit of performing at some of Manchester's largest venues, including gigs at Heaton Park and the AO Arena.

Here's all your essential information for their massive hometown gig this month.

Guitar legend Johnny Marr will appear as a very special guest with Courteeners.

The former The Smiths guitarist has had a lengthy and successful career, appearing on songs with everyone from Billie Eilish to Blondie to Noel Gallagher's High Flying Birds.

Marr is also playing a string of smaller headline shows of his own this month before heading over to the USA.

Some of their biggest hits include Charlemagne, I Can't Stand It, and Your Girlfriend.

Mercury prize-nominated four-piece The Big Moon, formed by Juliette Jackson in 2014, are one of the other support acts confirmed for the event.

They'll play at a couple more festivals this year, including Wild Paths in Norwich and Live at Leeds.

Expect to hear tracks from their two studio albums, Love in the 4th Dimension and Walking Like We Do.

Zuzu is a songwriter, producer, director, actor, and comic book illustrator from Liverpool.

She toured with Courteeners back in 2018 so is no stranger to the band's die-hard fan base.

Are there still tickets?

The gig sold out in 90 minutes flat - quite a feat for such a mammoth gig venue.

There are no general admission tickets left, but if you're desperate to go you do have some options.

And you could go for an Emirates Old Trafford hospitality package, which range in price from £139 per person to £249 per person.

What are the stage times?

Stage times for when you can see each band aren't likely to be released until a bit nearer the time.

But the Emirates Old Trafford cricket ground gates will open at 4.30pm, according to Ticketmaster's event listing.

You can never be too sure what surprises Courteeners will pull out of the bag, but the below setlist from their gig at Scarborough Open Air Theatre should give you an idea of what you can expect to hear.

Are You in Love With a Notion?

No One Will Ever Replace Us

How Good It Was

Take Over the World

The Rest of the World Has Gone Home

Hanging Off Your Cloud

One Day at a Time

What Took You So Long?