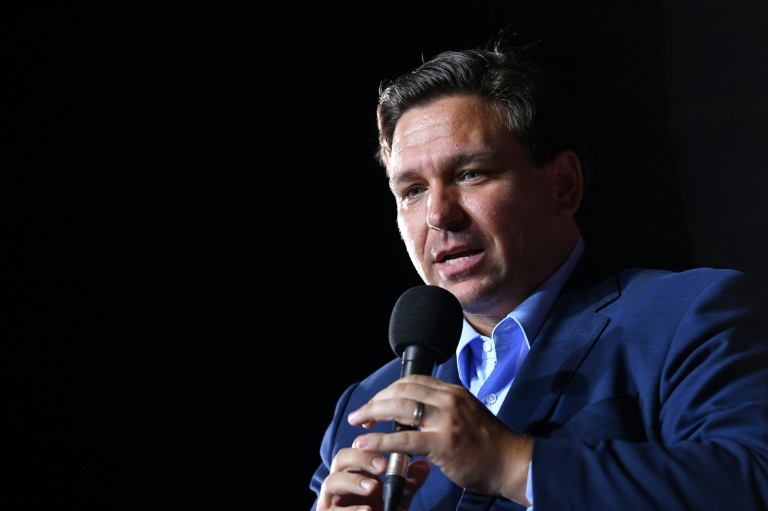 Miami (AFP) - An appeals court ruled Friday that Florida schools cannot force students and staff to wear masks to fight the pandemic, in a victory for the state's conservative governor.

Cooper sided with a group of parents who had filed a lawsuit challenging an executive order by DeSantis that barred schools from making students and school staff wearing masks to combat Covid-19.

Several school districts in Florida had decided to make masks mandatory because of a rise in cases fueled by the Delta variant of the virus.

The state government appealed Cooper's ruling, which was suspended while the appeals court considered the case.

In a new setback for the governor, Cooper ruled on Wednesday that school districts could make masks mandatory while the appeal is being studied.

DeSantis appealed that ruling too and the First District Court of Appeal in the state capital Tallahassee sided Friday with him.

”When a public officer or agency seeks appellate review, which is the case here, there is a presumption under the rule in favor of a stay,” the court said.

The state government punished two of them that ignored the governor, by withholding funding equal to the monthly salary of the school board members.

Friday's new ruling means that the state can keep sanctioning school districts that defy the governor's no mask mandate order.

But the US Department of Education said Friday it would cover any financial penalty slapped on school districts that defy DeSantis.

Since the start of this school year, thousands of students in several Florida counties have been forced to quarantine after catching the coronavirus or coming into contact with infected people.