Couples Therapy: nothing can prepare you for this startling fly-on-the-wall TV 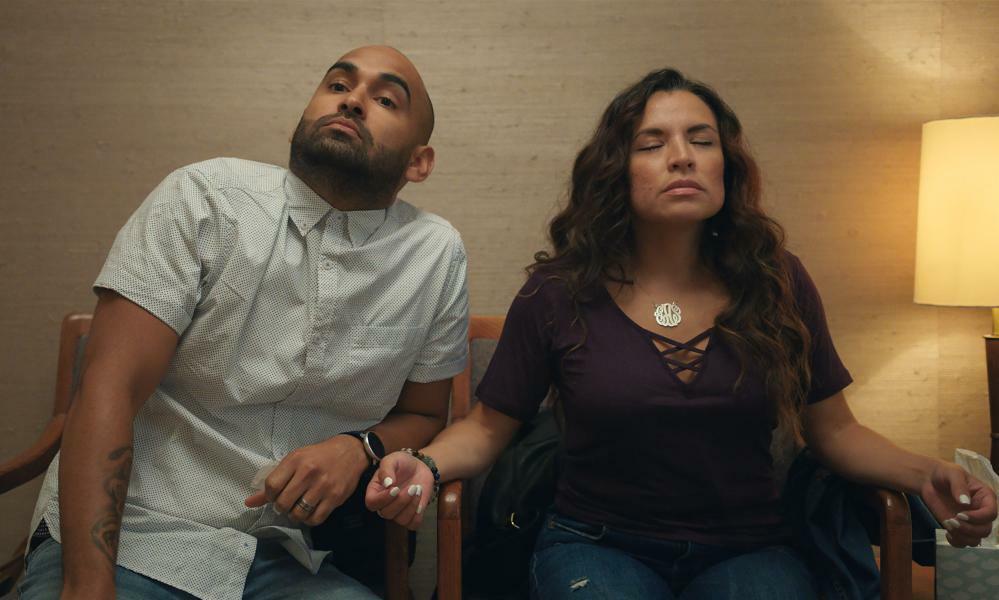 I don’t know about you but, personally, I want to start my year watching other people who have demonstrably made a mess of their lives. So I am thankful to the BBC for snapping up Couples Therapy (Monday, 10pm, BBC Two), the 2019 Showtime series that is custom-made for the early days of the year when you want to see other people weep on a sofa in front of their partner. Is it sick of me to want to watch that? Very possibly, very possibly. But one episode of this and you will be as terminally horrible as I am, too.

The format, but quickly, because the clue is in the title: a diverse cast of couples have for some bewildering reason agreed to have their journey through therapy recorded and televised, overseen by relationship expert and very empathetic nodder Dr Orna Guralnik. In the wrong hands, this would be a schlocky inversion of First Dates, where you see people tentatively break up instead of play footsie. But it is shot so sumptuously and gorgeously (and all the couples are so casting-agency perfect) that I had to pause a couple of minutes in to check I wasn’t actually watching some weird under-the-radar legacy TV show scripted by a genius. But no, no. That is a real man, in a short-sleeved shirt with strange buttons on the sleeve, saying: “I am the easiest person to deal with. All I want is … zero responsibility, and all the sex I want without any work.”

Watching Couples Therapy, you soon suss out, is like watching a game of football as a complete neutral. When you don’t have any attachment (or resentment) to either team, you can enjoy the spectacle for the sheer thrill of the action, and choose who you prefer just by who is playing well. The episode opens with Annie and Mau. At the two-minute mark I have no skin in the game, at the three-minute mark I’m shouting at the referee, and by four minutes I’m somehow starting an entire anti-Mau personality online and making memes about him getting kicked in the head. It’s very strange, watching couples spar as an abstract observer: I can see both sides of the immovable obstacle in Lauren and Sarah’s relationship, but I can’t untangle the many threads to decide who is right enough to make the whole thing move in their direction. I am pulling for Elaine and DeSean to figure things out, but I am frustrated by their inability to listen to each other. How any therapist on earth doesn’t just descend every session into yelling: “BE NORMAL! STOP BEING STUPID!” I do not know. This doesn’t make it clearer.

That, actually, is the only moment when Couples Therapy trips over itself. In a bid to build a more 3D image of its only sustaining character, Dr Guralnik, we watch as she travels to her own therapist and they have a too-therapy-y conversation about how being a therapist is a burden and a gift and a stress and a hardship. That is all fair and good, but it’s not as good TV as watching Mau try to explain how getting a dominatrix for his birthday was a great present but not the right one. Couples Therapy is best because the dialogues people have in therapy are so weird and removed from real conversation – the most intimate and revealing chat you’ll ever have in your life, but spoken with the uneasy tone you use to say: “Sorry, can you just repeat your name again?” to someone at a party – and veering away from that seems like a waste of TV minutes.

But there are times when it can be startlingly powerful television. The thing is, you’ve seen therapy and breakups and confessions before, but either through the lens of scripted dialogue – clever back-and-forths with a storyteller’s flair for slow reveals – or Love Island-style knowing reality TV. To watch the real thing – the speed at which people talk, the way they spool out confessional until they are telling the deep foundations of their personality out loud – is really something else. There’s a scene in the first episode where you see the exact moment a couple realise they have to break up, and nothing – not your real-life breakups, not any breakups your friends have had, not anything you’ve ever seen on television or film – prepares you for the quiet, heavy, solemn moment two brains realise their hearts are no longer aligned. Is it normal to want to watch this? No. Is it amazing anyway? Oh, absolutely yes.