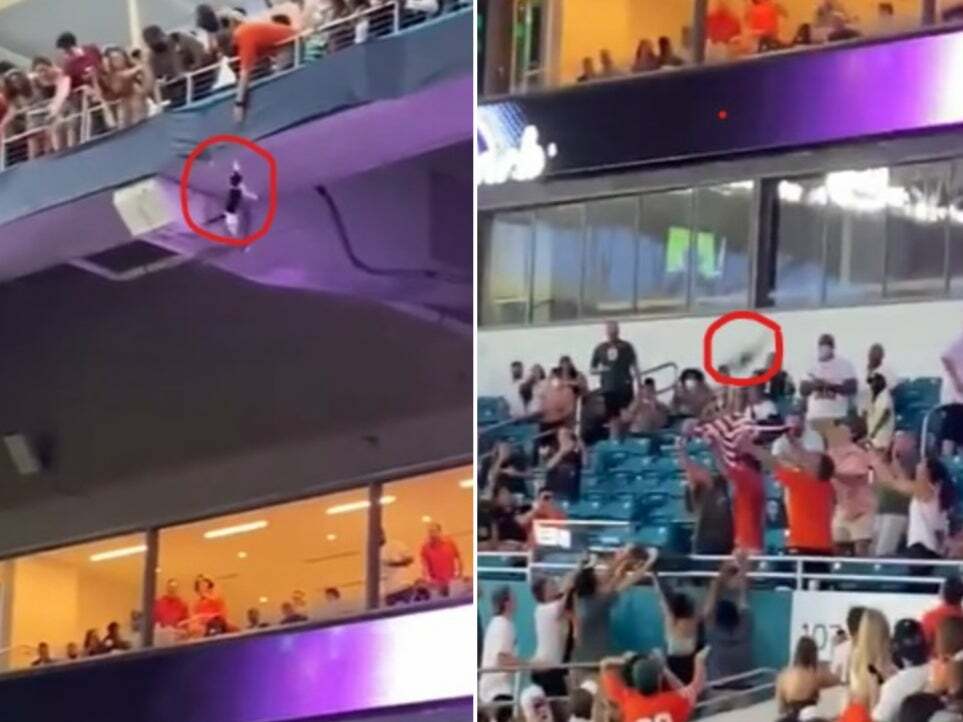 We’ve all seen those videos where a good Samaritan saving an animal from danger or a certain predicament, only for it to run off into the distance with no sign of appreciation.

It makes sense, really, given that they’re animals incapable of expressing things the same way we do – obviously.

Yet, when a cat fell from the Hard Rock Stadium in Miami, Florida on Saturday – halfway through the match between the Miami Hurricanes and Appalachian State – only for a US flag to break its fall, it decided to do one thing as a token of its thanks.

By urinating “pretty much all over everything”, of course.

About that viral video of the cat falling at the Miami football game ... Craig and Kimberly Cromer, the couple who caught the cat in the flag, said:

"The cat knew exactly how much trouble it was in. And it urinated pretty much all over everything." pic.twitter.com/qtYoPacFay

Craig Cromer, who caught the cat in the flag with his wife Kimberly, told CNN: “The cat knew exactly how much trouble it was in, and it urinated pretty much all over everything.

“It was good to see that the cat was okay, but between the urine and the Coke that was spilled on me, I was sticky and stinky.”

The latest development in the story has prompted a range of reactions from Twitter users:

So just to be clear these patriots have a cat piss covered flag. https://t.co/CcZYEFUJUU

Not surprised. I have a cat that pees the minutes she is put in a cat carrier. It’s a fear/defense mechanism

Trouble? The cat was terrified.

I read this morning the cat urinated all over the people who had the flag. I wonder how many people got scratched, or bitten, by the cat. Bad thing is, if anyone was bitten, do they need rabies vaccines?

Others were more interested in an update from the cat:

Good to hear the cat was ok, but what happened to it .

In addition to urinating on fans, videos show the feline clawing at spectators as it was lifted in celebration.

According to the Miami Herald, however, the whereabouts of the urinating daredevil is unknown.