Buying a brand-new garden furniture set can be expensive, so it’s always worth upcycling your old one if you can.

When the set began to fall apart, Helen and John decided to keep the frame of the old furniture and repurpose it with the help of Frenchic paint and B&Q supplies. As reported by LatestDeals.co.uk, Helen told money-saving Facebook group DIY On A Budget UK: "The rattan had started to snap and break causing big holes in the seating area.

"We desperately wanted to keep it as not only was it a gift, but I thought somehow we could save it from being put in the tip. Then our neighbour suggested taking the rattan off to see what the frame was like.

“We did this with the small table and discovered the frame was really decent and strong. I've used Frenchic paint for a few years now and knew that painting the frame would look really nice. We had different ideas on what to use for the seating area, such as pallet boards, scaffolding boards and composite decking.”

In the end, the couple decided to use decking boards from B&Q. Helen continued: “[We cut it] to size and then fixed the boards to the frame by using black metal screws that matched the Frenchic paint. The pain of the transformation was taking the thousands of small metal staples out which the rattan was fixed to the frame with.

"The best way we found was using a really small screwdriver to hook underneath but this did take forever to take these out. We also took forever to decide how to space the decking boards out on the frame so we did this by cutting them to size and then trying them out.

"My tips would be to use the small screwdriver and wear gloves and have patience and time. Testing out the boards before screwing them is a really good idea. Try not to use half decking boards but use bigger spaces between the boards. Having bigger gaps at the back of the seat is fine as the weight tends to be in the middle and front.”

The transformation cost Helen and John around £150, including the paint, screws and the decking boards, and they have saved money by reusing the cushions that the set originally came with. The couple are made up with the results, as Helen explained: “We are both so delighted with the end result.

“Not only have we saved something that we wanted to keep but also we have saved something from being disposed of and going to landfill. We are really humbled by all the positive comments we have received from everyone who has taken the time to comment.

“I posted it online as we are so pleased with the end result and wanted to share this idea as I hadn't seen this anywhere else. If this just reaches one person to have a look under their rattan to see their frame before disposing of their furniture then we may just help the environment whilst saving a bit of hard-earned cash!” 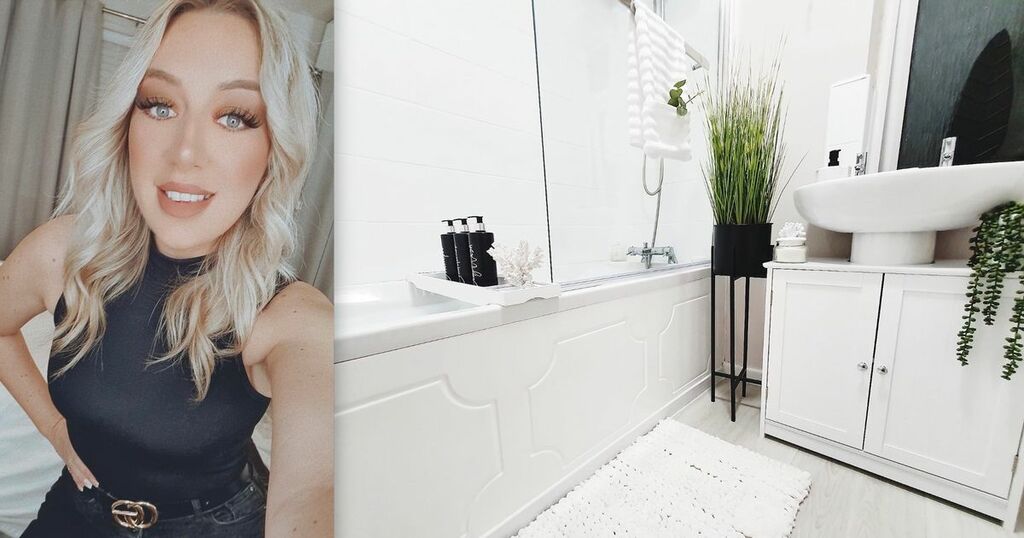 Mum creates stylish bathroom for under £200 using bargains from B&M, B&Q and Amazon
The bathroom now has a luxury look without costing a fortune

Liverpool Echo
One subscription that gives you access to news from hundreds of sites
Mum shares how she saved £2,000 on furniture by upcycling instead of buying new

Mum-of-three Karen Cook bought the house of her dreams in Teddington, south-west London, four years ago and since then has…

Jenny Smith painted her ensuite with a green feature wall and then accessorised the space on the cheap. She spent…