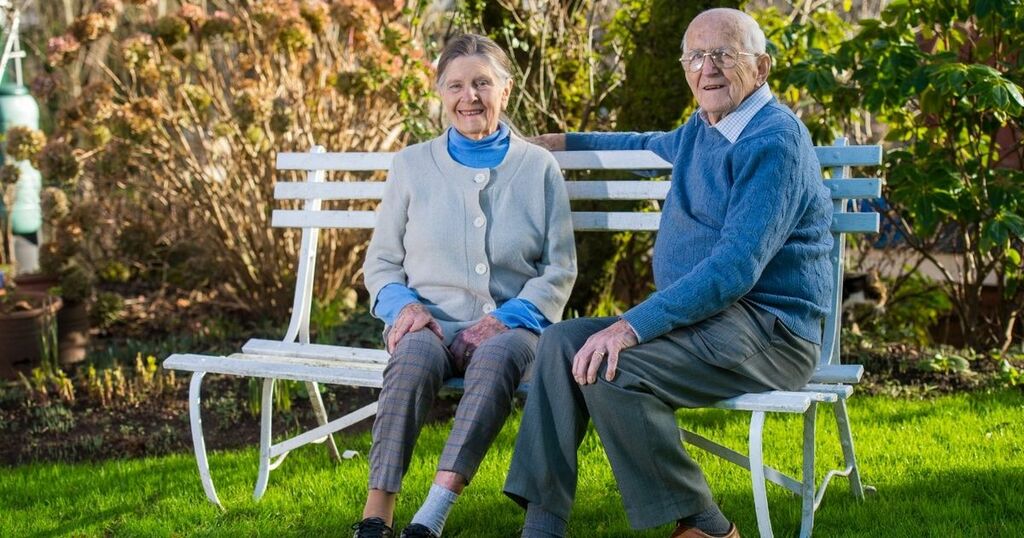 A couple who began raising money for charity 40 years ago after their daughter’s cancer battle are poised to hit the £1m mark.

She told her parents Mike and Bridget Locke to “give something back” after medics saved her life in 1982.

The teenager underwent successful chemotherapy and was given the all-clear by doctors when she was 18.

Mike, now 90, and his wife, 88, vowed to raise money for life-saving research to find a cure.

The devoted pair have spent the past four decades working tirelessly to raise cash for Cancer Research.

Retired architect Mike said the mission started after a family chat on their way home from London.

He said: “My youngest daughter was affected by cancer. She was still in school and had wonderful treatment in London.

“We were on the way back after her final surgery and chemotherapy and she said, ‘Mum, I’m one of the lucky ones. I’d like to give something back. This got us thinking.”

It became their full-time job after Mike retired 30 years ago.

“It makes you feel you’ve done something positive and it’s given me a purpose,” he said.

“I’ve enjoyed it because I think I’m doing something useful with my life. It’s like having a job without getting paid for it.”

Mike discovered a love of making marmalade and has sold over 2,000 jars - all for charity.

They are now hoping to raise the final £44,000 by July - after the pandemic saw donations dry up.

Mike said: “The pandemic has definitely affected our fundraising.

“Although over the last two years we have had the pandemic to worry us, all cancer is going to be there after the pandemic has gone.”

Mike, who was awarded an MBE in 2007 for his services to Cancer Research, added: “It will just be the icing on the cake to reach £1m.”

His wife Bridget, a former local newspaper journalist, said: “I think it’s in my blood to raise money.

“Even as a small child during the war I used to do a collection and was given a reward for raising more than the other girls.”

The couple have three daughters and six grandchildren.

The daughter, now 59, said: “The reach of the fundraiser has been amazing. Just last week we had donations from the Netherlands.

“It’s incredible to see. We get lovely messages from strangers.”

Sophie Busson, from Cancer Research, said: “What Mike and his family have achieved is phenomenal.

“Mike’s dedication will enable scientists to find new ways to prevent, diagnose and treat cancer and we’re incredibly grateful to him.

“One in two of us will get cancer in our lifetime.

“It’s thanks to people like Mike that we’ll be a step closer to helping more people survive the disease.

“Mike is an inspiration and we would love for him to reach his fundraising target. Diolch Mike for all you have done and continue to do for us.”

Mike has set up a fundraising page to get the £44,000 he needs to reach his target of £1million.