A couple has told of how their dream proposal happened at an Ed Sheeran gig on Friday the 13th - despite remarkable bad luck in the lead up to the concert.

Ryan McNulty, 34, had his plans perfectly laid out to get down on one knee and pop the question to his partner of five years, Nicole Cairns, while Ed Sheeran was performing their song, Perfect.

But the plans were put into jeopardy when his car broke down on their way to see the singer preform in Belfast.

The pair - along with Ryan's sister, brother and his brother's partner - were making their way from outside Strabane in Co Tyrone to Belfast when bad luck struck.

They were around 30 minutes away from the Boucher Road Playing Fields venue when the car ground to a halt. Things went from bad to worse when they struggled to get a taxi the rest of the way.

Ryan thought the dream proposal he had been working on for months wouldn't happen - but fate was on their side in the form of kind-hearted taxi driver Barry who went above and beyond to get the couple and family to Belfast.

Speaking to Belfast Live, the couple spoke about the crazy journey to get them to the concert and the moment Ryan asked Nicole to be his wife.

"We were lucky it happened," said Ryan.

"My car broke down just outside Toome and we could not get a taxi to take us to the concert."

After calling round all the taxi companies they could, they didn't think they would ever make it to Belfast.

Then the phone rang and it was Barry, the taxi man who unknowingly saved the proposal and went above and beyond to get them to the gig.

"He called back and said he had another job in Antrim but he could drop us there and then come back for us," said Ryan.

"He picked us up from our car and said the only way he could do it was to leave us in Antrim, do his other job and come back.

"We were not sure if he would come back or not."

Ryan added: "He took us and did not want any money, we insisted on paying though. He was a real nice man.

"Only for him it would not have happened."

So Barry picked everyone up, dropped them in Antrim and while they were there waiting for over an hour, they all got ready for the gig so they could head straight there once they arrived in Belfast.

True to his word, Barry collected them in Antrim and brought them straight to their hotel in Belfast. They dropped off the bags and headed to Boucher Road Playing Fields on Friday.

Nerves started to set in for Ryan as it was finally time, the proposal he had been planning for months and months, ever since he bought tickets while on a stag do in Liverpool last year.

"If you look at the video I think I reach for the wrong hand and everything, it was the nerves," said Ryan.

"That song Perfect, that's our song and when that song came on, my sister had the ring and she gave me it and that was it."

But due to the drama on the way to the gig, all of their phones had run out of battery from calling around taxi companies and it was thanks to kind members of the public that the special moment was captured on camera.

The couple said they were over the moon that others had managed to get pictures and video of the proposal and said their phones have not stopped ringing since.

Nicole said she was still in shock but added: "After the car breaking down and everything , Friday the 13th wasn't so bad after all."

If you have any pictures or footage of the proposal, please email sarah.scott@reachplc.com and everything will be sent on to the couple. 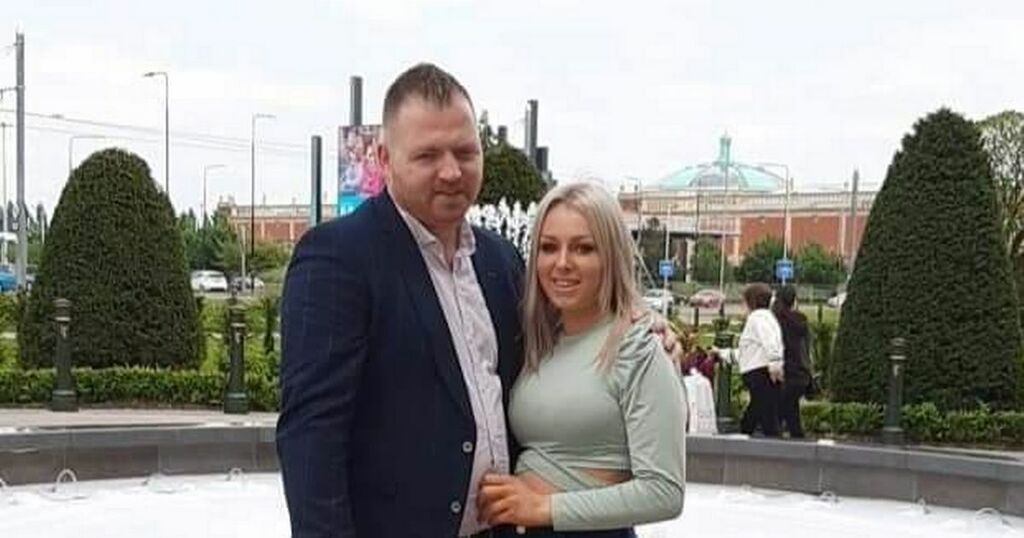 Couple who got engaged at Ed Sheeran gig on how dream proposal nearly didn't happen
If it wasn't for a kind-hearted taxi driver who went above and beyond to get them to Belfast, the couple…

Belfast Live
One subscription that gives you access to news from hundreds of sites
Ed Sheeran Belfast: Girl, 7, sings along word perfect to her favourite song at gig