A woman with just two per cent chance of conceiving naturally has given birth to a ‘miracle’ baby - after she and her husband gave up scheduled sex sessions and romped 'just for fun'. Andrea Moreno, 34, was told by doctors she had just a two percent chance of getting pregnant naturally when she was diagnosed with endometriosis and a blocked fallopian tube in 2017.

Refusing to give up on her dream to become a mum, Andrea and her husband, Jonathan, 37, a digital communications manager, continued to try to start a family, scheduling in regular sex sessions to tie in with Andrea ovulating. But despite three years trying, their attempts to conceive were unsuccessful.

Having taken the pressure off, the couple were shocked to discover they had conceived - when Andrea fell pregnant naturally in January 2020. The pair welcomed their ‘miracle’ son, Leonardo, now 19 months, weighing 6lbs 13oz, at 10.36am on 25th September 2020 and say they are 'over-the-moon' to have the baby they've 'always longed for'.

Andrea, a government claims processor, from Menifee, California, said: “We were so desperate to become parents so to hear my chance of conceiving a baby naturally was just two per cent was a real blow and we worried it may never happen for us. We did our research and did everything we could to increase our odds of having a baby including being on IUI, fertility medication and tracking my ovulation.

"We refused to give up and kept trying and couldn't believe our luck when we discovered I was pregnant naturally. We firmly believe it's down to taking the pressure off - not thinking about scheduling sex to try and conceive but doing it just for fun instead.

"It was an absolute miracle. I had a textbook pregnancy, and we were over-the-moon when our little boy, Leonardo, arrived. He has me wrapped around his little finger and doesn't even know it yet.”

In 2017, Andrea and her husband, Jonathan, were told they would need to undergo fertility treatment in order to have children together. Andrea said: “It was completely shattering news.

"To hear our chances of having a family of our own were slim just broke our hearts. It's all we wanted. But we knew we'd do whatever it took."

After two years on fertility medication, Andrea decided she would take a break after it took its toll on her mentally and physically. She said: “I was really depressed at one point because it was heartbreak after heartbreak. Every month I would do a pregnancy test and it would come back negative and eventually I stopped all the treatment.”

Andrea was on medicated cycles for intrauterine insemination (IUI) - a type of artificial insemination - as well as administered other fertility medication such as Clomid, Menopur and Follistim. “It was too much on my body and mind,” she said.

But amazingly, in January 2020, Andrea discovered she was pregnant. She recalled: “Jonathan told me I was acting funny and my sense of smell and taste was heightened but I thought nothing of it.

“He told me to take a test. I hated them because they were always negative, but one night I just took one and it was positive.

“I couldn’t believe it. We actually ran to the shops and bought five more."

Andrea tested positive on all of the tests, but it didn’t stop her and Jonathan doubting the result. They were also worried about the risk of an ectopic pregnancy which doctors had warned about.

But two weeks later, the pair had a consultation with a doctor who confirmed the pregnancy and reassured the pair. Andrea said: “I could still cry just thinking about it. We let out such a sign of relief and couldn't believe it.

“It was the best feeling ever and we were just so excited.” She said: “I loved being pregnant, but I couldn’t wait for him to be born and I couldn’t wait to see his little face.”

Andrea experienced a 'textbook pregnancy’ until week 34 when she was diagnosed with cholestasis in which traces of bile were discovered in her blood. She was then encouraged to undergo a c-section.

On September 25th 2020, little Leonardo was safely delivered at 10.36am, weighing a healthy 6lbs 13oz. Andrea said: “The birth was a bit traumatic but both he and I are here.

“I had such an overwhelming feeling of love when I first lay eyes on him. I couldn’t believe my baby was actually here, it was unreal.

“I just remember seeing my husband holding him for the first time and it’s true that you fall in love with your husband all over again when you see them as a dad. We were both so happy, there aren’t words to describe the emotions you feel on seeing your baby.”

Now 19 months old, Leonardo is a ‘sweet, silly and smart little character’. He 'loves the outdoors', according to his mum.

The tot enjoys spending time in his garden, running around and playing on his slide. He now also stars in his mum’s TikTok stories about their everyday life - some of which have received over 23 million views.

Andrea first used the social media platform to document her infertility journey - with videos amassing over one million views. Now Andrea uses the account as a bank to share memories with her son and look back on how big he has grown.

She has also received private messages from women who are experiencing similar infertility struggles to what she went through and are asking for advice. She said: “It’s heartbreaking to think you might not be able to become a mum.

“I’ve been there so I sympathise. It breaks my heart though that I don’t know how to answer all the women who reach out when they ask me how to get pregnant.”

Andrea revealed that motherhood was something she felt she was always meant to do, and one thing that she loves most. She said: “I love it, I love being a mum.

“Even on those days when I feel overwhelmed, I remember a few years ago when I thought I’d never have children. I would cry myself to sleep thinking I would never be a mum.”

The couple would love another to add to their family but understand it may not be possible. Andrea said: “We’re not planning on taking that road of medication again.

“Our attitude now is we are trying to let fate take its course and we’ll see what happens but we’re so happy with Leonardo and we feel so lucky to be his parents. He’s our little miracle.”

Jonathan added: “We’ve always seen our son as the personification and expression of our love. When we were first told we were likely not going to conceive it made us both feel broken and desperate, but seeing him born and holding him in my arms was the resolution to all the tribulations we passed together, and the beginning of something new and exciting. Our hearts are so full.” 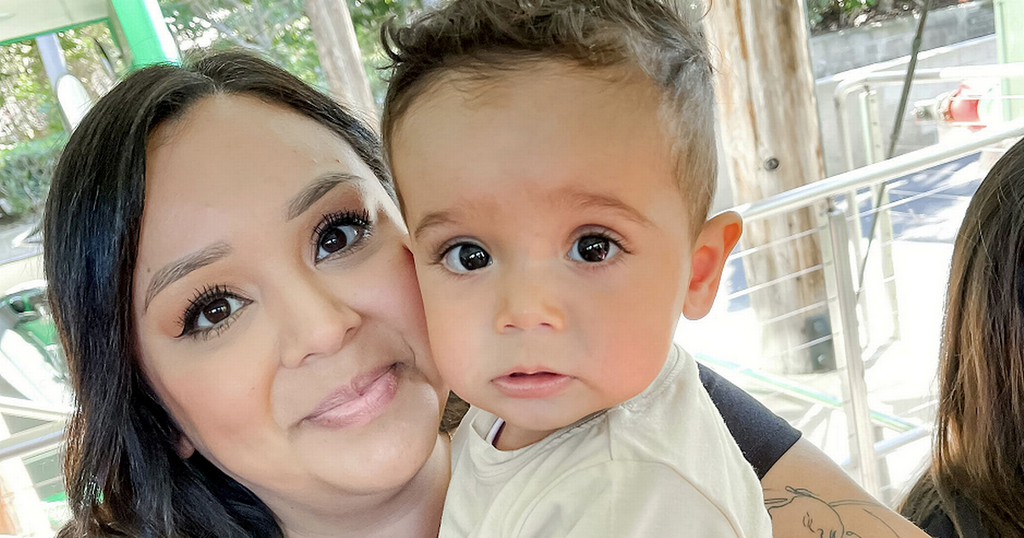 Woman with two per cent chance of conceiving naturally gives birth to 'miracle' baby
Andrea Romero, 34, was notified by doctors of the low probability of getting pregnant after being diagnosed with endometriosis and…