A Newcastle councillor has raised concern that council's rejection of a state government offer for land to build the Newcastle Inner City Bypass could result in a lower figure from a Valuer General assessment.

Newcastle council voted on Tuesday to reject a Transport for NSW offer of $1,155,000 for eight parcels of land, which was $795,000 lower than an independent valuation council sourced.

Council instead moved to have the land value assessed by the Valuer General.

Fellow Liberal councillor Katrina Wark told the Herald she believed this was "too much of a gamble" as the Valuer General's figure could come back cheaper than Transport's.

"There's such disparity in the difference, what if it comes back under?" she said.

"I will celebrate if we get $800,000, but we're not guaranteed that. We're better off taking the offer instead of risking losing money. I thought it was a fair offer."

But her comments came as a surprise to some after she did not raise this concern in the chamber on Tuesday, despite voting against the motion.

Cr Wark said in the meeting she wanted councillors to accept the offer on the table, claiming that rejecting it would delay construction of the project.

However Labor deputy mayor Declan Clausen had previously pointed out the financial negotiations wouldn't impede the project and Cr Wark was later assured by the lord mayor and CEO it wouldn't cause a delay.

"The motion to refuse the offer of compensation from Transport for NSW doesn't in any way actually delay the actual construction of the project," CEO Jeremy Bath said.

"It delays the payment of funds to City of Newcastle while we go through the process for the Valuer General of determining what is a fair and reasonable amount of compensation for the loss of that land."

Mr Bath said the motion also wouldn't allow the state government to take the land without paying anything.

Cr Clausen said the Valuer General had the "utmost authority" to make the decision given council and Transport's valuers couldn't reach an agreement.

"It's the absolute fairest way," he said.

Greens councillor John Mackenzie said he didn't think the offer would come back lower, but that it was best "left to the umpire". 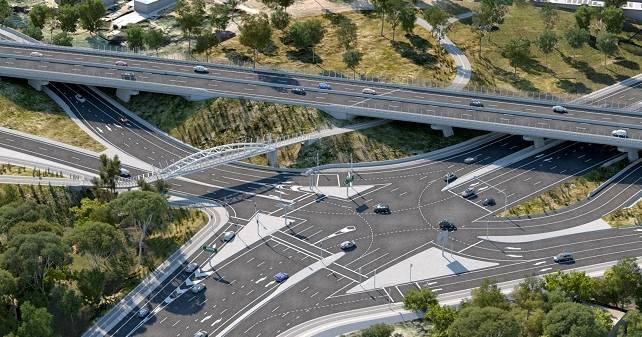 Council rejects state's offer for community land to build Inner City Bypass, $800K under valuation
The decision will not delay the transfer date of the land.