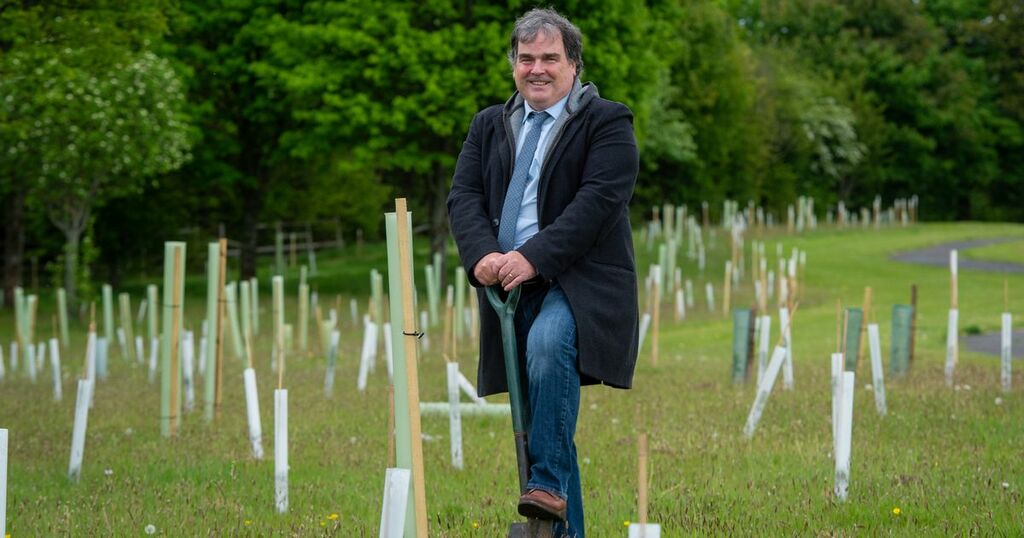 Renfrewshire Council's leadership board will discuss plans for a net-zero business support scheme and an energy modelling initiative at Bridge of Weir Primary School at a meeting on Wednesday.

If the proposals get rubber-stamped, £100,000 will be pumped into a grant programme which will encourage local firms to become a part of reaching the region's goal of net-zero emissions by 2030.

Businesses will be able to apply for 50 per cent grant support - up to £10,000 - to make changes to their premises and operations, such as moving to low carbon heating systems or solar-powered energy.

Meanwhile, council chiefs are planning to put £15,000 towards producing a detailed plan for the Bridge of Weir Primary building to make it more energy-efficient.

It is hoped this would eventually lead to a similar exercise being carried out at other primary schools across the area to help them become greener.

Both projects will be funded through the £1million Climate Change Action Fund which was established last year after the council declared a climate emergency in 2019.

In a report, officers said: "The Climate Change Action Fund is intended to fund innovative projects being developed by council services in response to the climate emergency, provide initial funding to pilot new ideas and approaches, to support engagement and partnership working across Renfrewshire, or to accelerate the pace of change already being delivered through existing initiatives.

"This process is vital to the council being able to lever in the external funding that will be required to support climate change initiatives at the scale and pace required.

"Two further proposals have been developed by services. The introduction of a business support scheme that would provide small grants to local businesses to support the transition to green energy sources and processes, and an energy modelling project in Bridge of Weir Primary, the findings from which could be used to inform the refurbishment of other similar primary buildings."

A total of £768,000 from the fund has been allocated so far to support 10 projects aimed at cutting emissions.

These include new electric vans for the council's fleet, improvements to town centres to protect against extreme weather, a community food growing initiative in Johnstone, research into active travel options and a feasibility study into the restoration of peatland.

There are also wider plans to plant 10 trees for every man, woman and child in the Glasgow City Region over the next decade, with 1,000 set to be planted at Barwood Park in Erskine.

The leadership board will meet at 1pm on Wednesday and members of the public will be able to watch a webcast via https://renfrewshire.public-i.tv/core/portal/home