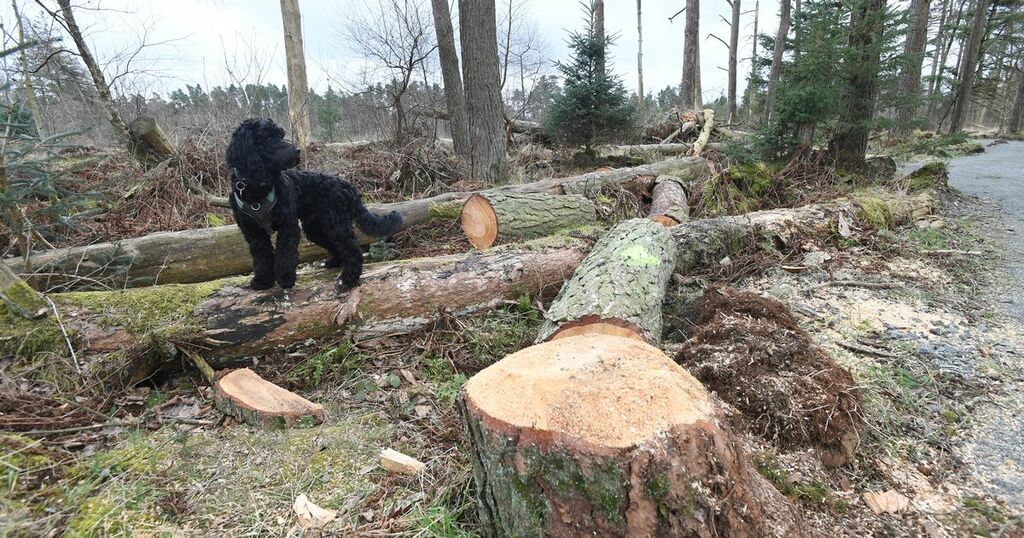 Statistics released by The Food Foundation show one in seven people in the UK are food insecure.

Ash Dieback could cost Scotland’s local authorities millions of pounds to tackle in the coming years - with West Lothian looking at a long-term cost north of £12 million.

Work started in March to remove diseased trees on roadsides and in public areas across the county, a recent meeting of the Environment Policy Development and Scrutiny Panel (PDSP) heard.

The council has already committed £265,000 to the initial survey phase, and a further £500,000 in this financial year as felling operations get under way.

The work over the first season is being used as a pilot exercise to gain experience of undertaking tree safety work on a more extensive scale, than the usual mainly reactive work on individual trees.

There are a number of large ash trees with advanced symptoms of Ash Dieback, which are within falling distance of the canal feeder and the National Cycle Route 75 at Almondell.

An initial contract has been awarded, and started in March for the removal of multiple ash trees from along several roadside sections in one operation, together with some removal of Ash Dieback affected trees in open-space areas which have been zoned as having high public use.

On private land the council , as roads authority, will be required to request the owners of trees with significant Ash Dieback symptoms to make these safe by felling or reducing the crown of the tree.

The council is creating an inventory of its individual trees and woodland areas on public open-space.

Work is currently underway in Livingston on both a survey of individual trees and being recorded on TreePlotter, a mapping software being used by the council to compile the inventory of tree cover. This work will significantly contribute to progressing Ash Dieback.

A report to the PDSP said: “The council cannot fund the entire action plan without significant changes to future service provision. The funding gap is significant. No additional funding has been provided beyond 2022/23 however efforts will be ongoing to secure these through capital budget process and from the Scottish Government.

The report added: “To date, whilst discussions are taking place with the Scottish Government in relation to the funding of Ash Dieback, it has not yet provided Local Authorities with any additional funding for the management of Ash Dieback.

"The council has raised, and will continue to raise, the future funding pressures with Scottish Forestry and with COSLA with a view to them seeking funding from the Scottish Government.”

Statistics released by The Food Foundation show one in seven people in the UK are food insecure.