QJ Motor is one of those companies that never seems to run out of ideas when it comes to new models. It seems like it has hundreds, if not thousands of people working full time to churn out new concepts and variations on existing models. In 2021 alone, the brand introduced more than a dozen concept bikes. However, hardly any of them have yet to make it to the global market under either Benelli or QJ Motor branding.

Now, we already know that QJ Motor has plans of infiltrating the European market with its SRK and SRV models. As such, the newest machine to roll out of QJ's design studios seems like a worthy contender to the rapidly growing middleweight ADV segment in the U.S., Europe, and Asia. It's called the V2 Enduro, or at least that's what it has been patented as, and it slots perfectly into the twin-cylinder powered ADV segment dominated by the likes of the Yamaha Tenere 700 and Aprilia Tuareg 660.

Based on the images released by QJ Motor, the engine powering the V2 Enduro looks very similar to that in the Suzuki SV650 and V-Strom 650. If it is indeed a reverse-engineered SV650 motor, then chances are we're looking at decades-old tech on this supposedly new enduro, at least from an engine standpoint. Nonetheless, if it's anything like the real SV650 engine, then it'll likely pack quite a punch with around 70 horsepower on tap.

Apart from the engine, it's worth noting that the images suggest the upcoming V2 Enduro will be a more off-road focused machine. It's clear to see that the bike will get long-travel suspension and tubeless wire-spoke wheels. What seems a little questionable, however, is its extremely skinny swingarm, which certainly looks out of place when compared to the rest of the bike's burly components. The V2 Enduro's styling is clearly inspired by today's crop of middleweight ADVs, too. Gone are the pointy, angular lines, in favor of a more rally-esque, off-road aesthetic.

Realistically, given how many bikes QJ Motor introduces, actually seeing this bike become a reality, and exported to Europe and the U.S. is still a ways away. Perhaps the rapid growth of the middleweight ADV segment will speed this up? After all, fellow Chinese manufacturers Zongshen and CFMOTO also have their own entrants into the market. This certainly leaves Benelli with the opportunity to capitalize on a new, off-road capable ADV model. 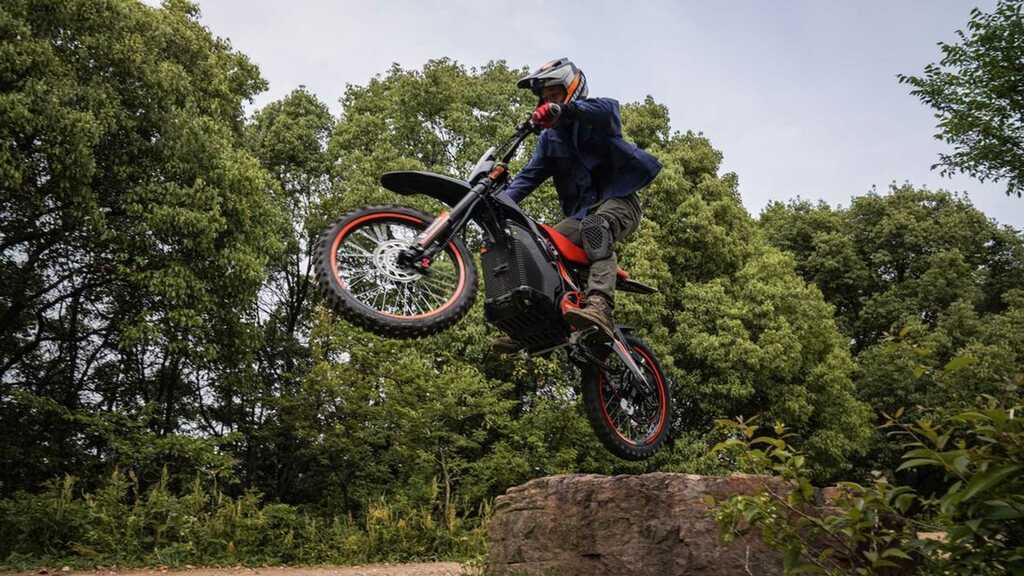 RideApart
One subscription that gives you access to news from hundreds of sites
TVS Star City Plus: an off-beat city commuter

The two wheeler is nimble and agile when flitting through traffic, and the clutch and brake also feels as light…