Coughs say a lot about your health, if your smartphone is listening 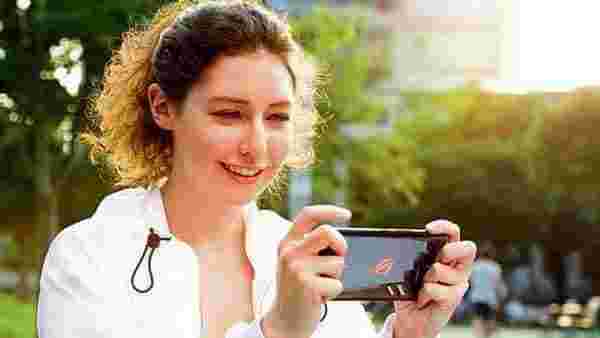 Few things are as annoying—or in the pandemic era as frightening—as the sound of a cough. But that same sound could help save lives.

Researchers around the world are trying to turn the humble cough into an inexpensive tool to diagnose and stop respiratory-disease killers like tuberculosis and Covid-19. They’re collecting recordings of millions of the explosive sounds from patients and consumers on smartphones and other devices. And they’re training artificial intelligence to find patterns to try to identify the type and severity of disease from the cough itself.

“We call it acoustic epidemiology," says Peter Small, a tuberculosis expert and chief medical officer of Hyfe Inc., a Delaware-based company with two free smartphone apps—one for consumers, another for researchers—that use AI to detect and track how often someone coughs.

The sound and frequency of coughs are rich with medical information, he says. Different diseases have some audible differences: crackling in parts of the lung for pneumonia, a wheezing sound for asthma. Makers of these apps say there are sounds and patterns that AI can detect, but the human ear can’t hear.

Coughs are one of the most common signs of potential illness, the body’s attempt to protect itself from irritation or unwanted matter in the airways. One of the top reasons people go to a doctor is for a cough.

Yet doctors often can’t learn much about a patient’s cough during an office visit or on hospital rounds, Dr. Small says. “Patients will come in and say, ‘I’ve got a bad cough,’ but are they coughing 10 times a day or 400 times a day?" he says. “Pulmonologists will tell you they’re like cardiologists without a blood pressure cuff."

It’s hard for patients to recall how much they’re coughing, particularly at night, says Kaiser Lim, a pulmonologist at Mayo Clinic in Rochester, Minn. Monitors would help doctors quantify their coughs, leaving more time in a visit to address the problem and the psychological effects, he says.

Covid-19, which has taken more than 4.5 million lives globally so far, has only added to longstanding challenges. Cough-related illnesses including lung cancer, tuberculosis, chronic obstructive pulmonary disease and pneumonia make up one-quarter of all deaths world-wide annually. Millions of people suffer from chronic coughs and respiratory conditions like asthma—including Dr. Small, who has had an unexplained chronic cough for a decade. Other common causes include allergies and acid reflux.

Can you identify which of the following coughs is from someone with Covid-19? Bonus points if you can name the illnesses for the other coughs as well. See the answers at the end of this article.

It will take some time before these tests are deployed widely; their makers are still building data sets and training AI to recognize the coughs. To have smartphones listening, they will also have to address concerns about privacy and data usage costs.

“About one of every two people that dies of TB in South Africa never visited a health facility for TB," says Grant Theron, a professor at Stellenbosch University in Cape Town, who is collecting coughs to develop a mobile phone-based triage test for tuberculosis. “Catching those people out in the community from an epidemiological perspective is so important."

With an audio-based test, “you can screen hundreds of thousands of people," at a very low cost per patient, he says. People who test positive on the app would then be given a lab test to see if they have TB, he says. A TB cough has distinctive acoustic patterns that set it apart from other diseases, though they are difficult or sometimes impossible for the human ear to hear, according to Thomas Niesler, a professor of electrical and electronic engineering at Stellenbosch who is involved in the project.

The devices don’t have to diagnose perfectly, says Adithya Cattamanchi, a professor of medicine and epidemiology at the University of California San Francisco who is using the Hyfe app to collect coughs in several countries for a large database of TB coughs. They could act more like a mammogram, alerting a doctor to a potential case and a need for more tests, he says.

ResApp Health Ltd. is using an explosion in telehealth services, particularly during the pandemic, to expand use of an app-based test for cough sounds that helps doctors diagnose diseases including COPD, pneumonia, asthma and bronchitis, says Tony Keating, the Brisbane, Australia-based company’s chief executive. A telehealth provider asks a patient to hold a smartphone at arm’s length and record five coughs. The app analyzes the coughs, then sends the results to the doctor.

Using technology developed by researchers at the University of Queensland, the company built the diagnostic tool by training an algorithm on recordings of 6,000 coughs, along with clinical data from those patients in the U.S. and Australia, Mr. Keating says.

The company is also collecting coughs from Covid-19 patients whose illness is confirmed with a gold-standard PCR test and others in the U.S. and India to develop a screening test for the disease. The goal is both to diagnose the disease and to try to predict whether a patient will develop a severe form, Mr. Keating says.

Still, he says he is confident those patterns will be found. Research at the Massachusetts Institute of Technology, University of California San Diego and elsewhere suggests that the Covid-19 cough has detectable features.

Cough tracking apps may alert patients and providers to an illness early, because people often start coughing before they feel sick, or tell them whether an illness is improving or worsening, according to Dr. Small of Hyfe. The apps can also passively monitor an office or nursing home, potentially detecting an outbreak or increase in respiratory illness if lots of people are coughing, he says.

Hyfe’s two apps run continuously on a smartphone and record in half-second clips when the AI hears an explosive sound. The AI isn’t recording or interpreting any other sounds, Dr. Small says. The apps have recorded about 64 million sounds, about two million of which were identified by an algorithm as coughs. To teach the AI how to better recognize coughs, the company had humans—including an unemployed bartender in rural Spain—listen to one million of the sounds.

Researchers are using one of the apps in more than a dozen studies around the world, including one to create the database of TB coughs and another to monitor the coughing patterns of a community in Navarra, Spain.

The study in Spain, which is ongoing, has shown that people can start coughing more frequently without realizing it, potentially signifying that they have a disease. One 35-year-old woman’s hourly coughs tripled the night before she developed other Covid-19 symptoms and was diagnosed with the disease. Only two days after that did she perceive that she had a cough, the researchers found.

Joe Brew, Hyfe’s chief executive, put his company’s app to work when his 3-year-old son, Galileo, was hospitalized with pneumonia in June. When doctors made their rounds, “they would invariably say, ‘how’s his cough?’" Mr. Brew recalls. He showed them his data from the app, which revealed that Galileo’s coughs had gone down over a few days from as many as 300 per hour to as many as 30 per hour, he says. “They loved it," he says.