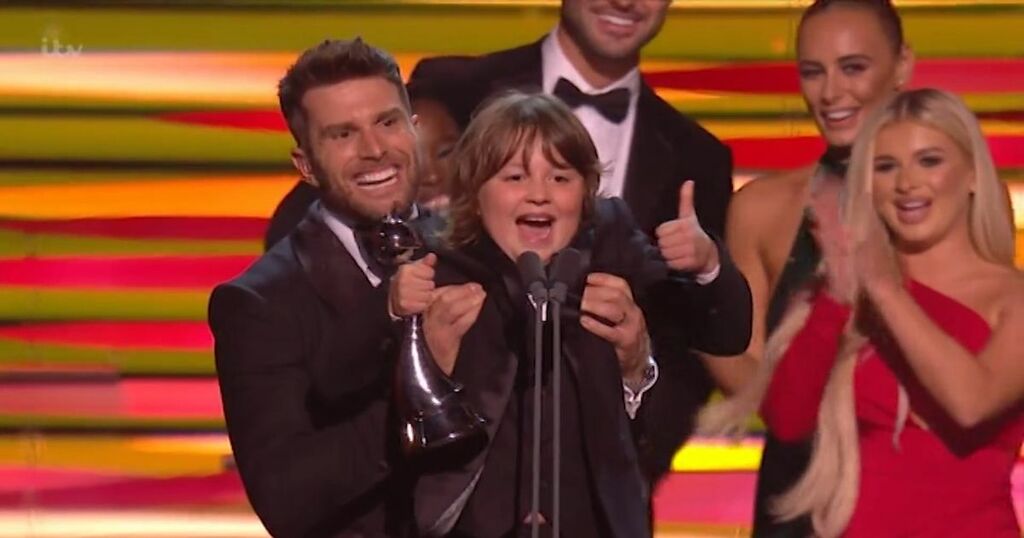 The actor, who plays Sam Blakeman in the ITV soap, couldn't not have been happier as he picked up his first major gong.

Jude, 10, walked away from the glitzy award ceremony with the n ewcomer award.

He was up against Rose Ayling-Ellis who plays Frankie Ellis in EastEnders, Emile John who portrays Ethan Anderson in Emmerdale, Hollyoaks' Summer Ranger actress Rhiannon Clements and Olivia D’Lima, who plays Paramedic Fenisha Khatri in Casualty.

Jude's character Sam has made quite the impression since he joined Corrie last October as the secret son of Nick Tilsley and his ex Natasha Blakeman.

And now the actor himself has proved popular among viewers by winning a coveted award.

"My word," he said after walking up to the stage.

But little Jude was so small Joel Dommett has to lift him to the mic.

"I'd just like to say thank you to all my fans who voted for me and all my Corrie cast and crew for helping me and my famil for supporting me."

He ended his speech with a massive thumbs up and said; "Yeah, that's mainly it. Thank you guys."

"At least it wasn’t as long as the Beat the Chasers," Joel joked afterward about the speech, appearing tired.

And fans loved the whole thing.

"That was super cute #NTAs," tweeted one.

A fourth said: "Oh bless his little heart. Imagine being that young and winning an NTA legend !!! #NTAs."