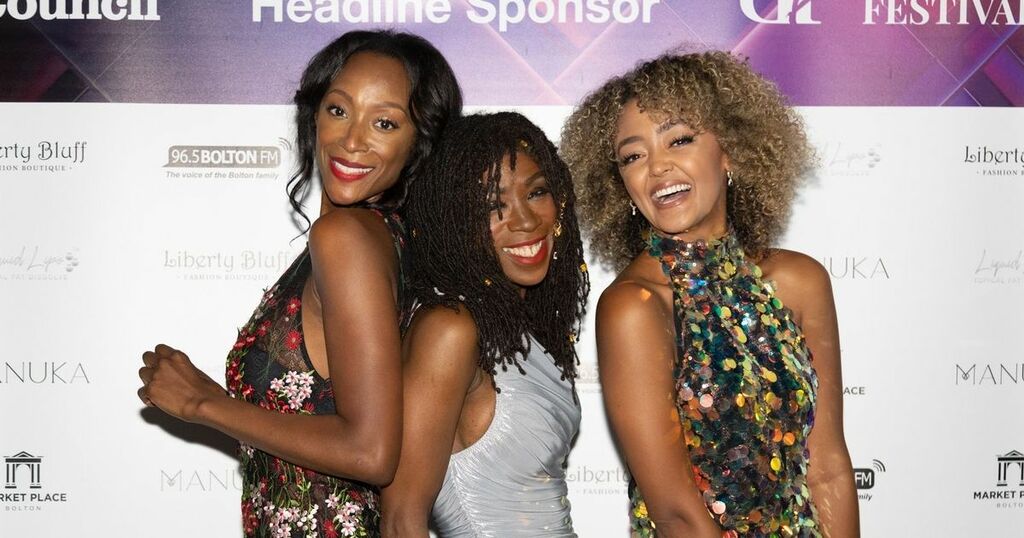 Coronation Street ladies hit the town for a glam night out in Bolton.

Alexandra Mardell, who plays the soap's Emma Brooker, was reunited with Victoria Ekanoye, who played Angie Appleton in Corrie, at the first Bolton Fashion and Lifestyle Festival.

The soap stars both dazzled in multi-coloured sequin dresses as they posed for snaps with M People legend Heather Small who performed at the night of fashion shows and live entertainment with a three course meal.

Alexandra, 28, who was joined by her fiance Joe Parker, shared photos from the night on her Instagram as she described her halter neck mini dress as the 'sparkliest dress of all time.'

And she wrote: "Bubbles, sparkles and giggles.

"And of course the ridiculously fabulous @heathersmallmpeople @lisaforshawpr you are a superwoman!!! What a night!"

"Charlie’s Angels. What a night!," wrote Victoria, who hosted the show.

The actress was joined by her partner Jonny Lomas and her family.

"It was an incredible night, the inimitable @heathersmallmpeople stole the show and having my love and my family there was the icing on the cake," she added.

Melissa, who was born without her right forearm, looked super glam in a chic black dress.

She was joined by her close friend Emma Lansley who assisted her in the studio kitchen on the BBC competition and assisted with tasks such as chopping and carrying pans of boiling water for safety reasons.

Melissa, who appeared as Kate Connor’s feisty ex Imogen Pascoe in Corrie between 2017 and 2019, said: "Bolton Fashion Festival 2021. You were blooming brilliant!"

The event was held at the Bolton Whites Hotel and supported by Bolton Council and the late council leader David Greenhalgh.

"I really want to thank David Greenhalgh who backed me for this event," said Lisa.