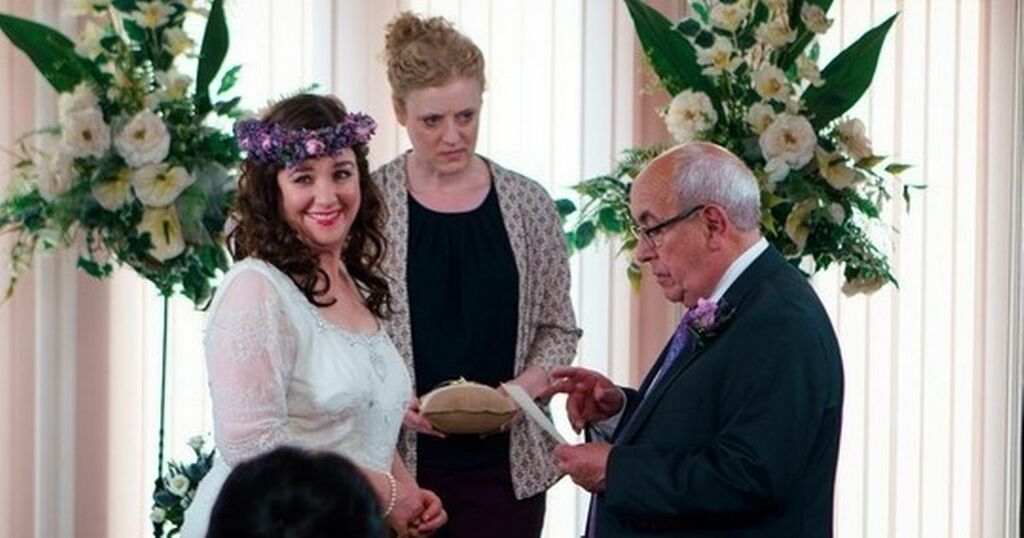 Coronation Street star Patti Clare has got fans feeling all emotional with an unseen snap of her character.

The actress is best known for playing kind-hearted Mary Taylor in the ITV soap and is much loved by viewers for her comedic timing.

But Mary is set to be dealt a blow next week when the devastating news that legendary character Norris Cole has died reaches Weatherfield.

Wife Freda delivers the shock news Mary, Ken Barlow, and Rita Tanner after Norris originally told Ken he wanted to meet up as he has some important news.

However, Norris collapses and is taken to hospital with a suspected stroke before dying in hospital.

It was announced in January that Corrie star Malcolm Hebden had retired from the soap after 27 years of playing busybody Norris.

He last appeared on the cobbles in 2019, returning after suffering a heart attack in 2017.

And it has also been announced that a special tribute episode will air to celebrate Malcolm and his iconic character as they both bid farewell to the cobbles after more than two decades.

In the meantime, Norri's ex on-screen wife Patti has shared an unseen selfie of the pair.

The close-up shot show Malcolm giving a smile for the camera as Patti appeared a little more unprepared.

Corrie fans were quick to respond to the sweet post.

"Have being missing Norris such a character portrayed by a lovely man," one said.

Another replied: "Awww bless Malcolm I hope he is having a safe happy retirement."

A fourth said: "He is very much missed in Corrie."

"Will miss Norris & Mary scenes. Hopefully he gets a good send off!!" another commented.

Last month the Corrie cast were pictured filming upcoming scenes which led to fans predicting the death of a major character.

Billy Mayhew, played by Dan Brocklebank, was snapped dressed in all black and hinted he had returned to being a vicar.