Corrie star celebrates 'amazing' achievement in honour of her sister 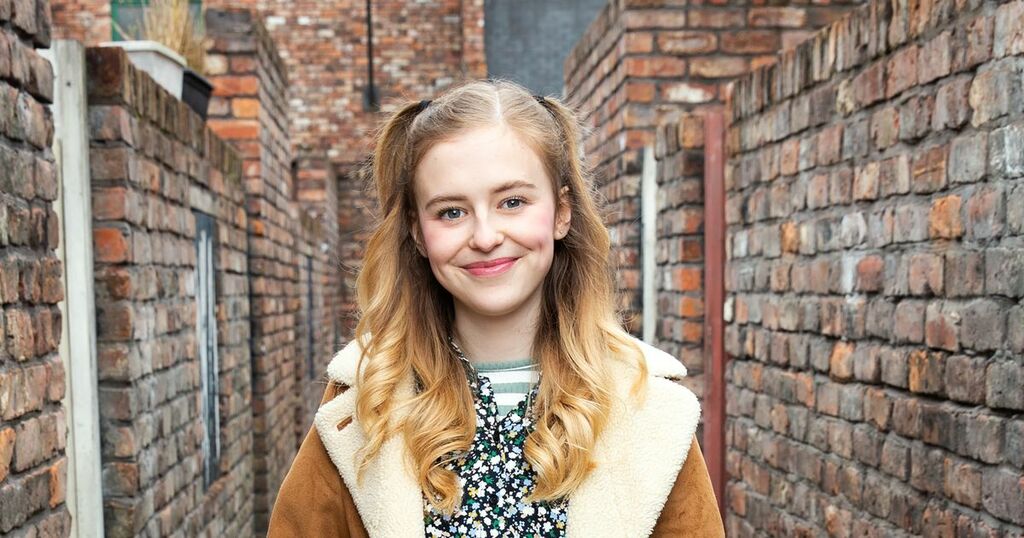 Coronation Street star Harriet Bibby took a break from the soap drama as she completed a personal challenge.

Harriet, who plays Summer Spellman in Corrie, is one of the soap's new rising stars featuring in the harrowing hate crime story that has had fans gripped.

She has played Summer since November last year, taking over the role from Matilda Freeman, and has since featured in storylines including Summer's diabetes diagnosis and the vile gang attack on Nina Lucas and Seb Franklin that claimed Seb's life.

And currently viewers are seeing her budding romance with Aadi Alahan.

At the weekend Harriet, 23, swapped the Weatherfield cobbles to take part in The Great North Run, the largest half marathon in the world which takes place annually between Newcastle upon Tyne and South Shields.

The soap star and her dad Stewart ran for Great Ormond Street Hospital for children in London.

Her sister Nancy is a nurse who trained and worked at the hospital.

Harriet said: "It is as fantastic charity that provides incredible care for seriously ill children.

"The support from the charity around the route today has been lovely and we had a great time for a great cause."

She continued: "The run was so well organised and there was so many people cheering the runners on.

"The Great North Run was fantastic so many people were there supporting all the runners it was amazing.

"The run was really well organised and we had so much fun."

And Stewart said about the run: "The nurses at GOSH are working incredibly hard at the minute and always and anything we can do to help is needed now."

"Amazing effort team Bibby," cheered one follower as she shared her achievement on Instagram.

"Wow massive congrats to you and ur dad, fantastic achievement," said another.

Harriet, from Wigan, landed her dream job when she was cast as 16-year-old Summer in the soap.

She said last year about playing a teenager: "It doesn't feel that bizarre.

"I still feel like a kid and I do have a baby face, and she's had a difficult past which has made her more mature."

She added: "I've always had to have ID on me and I'll have to carry it with me even more now."

Harriet, represented by Red Door Management based at The Greenhouse Media CityUK and Covent Garden, London, was spotted by her agent Jess Bell at the Academy of Live and Recorded Arts in Wigan.

You can still donate to Harriet and Stewart's JustGiving page by clicking here.