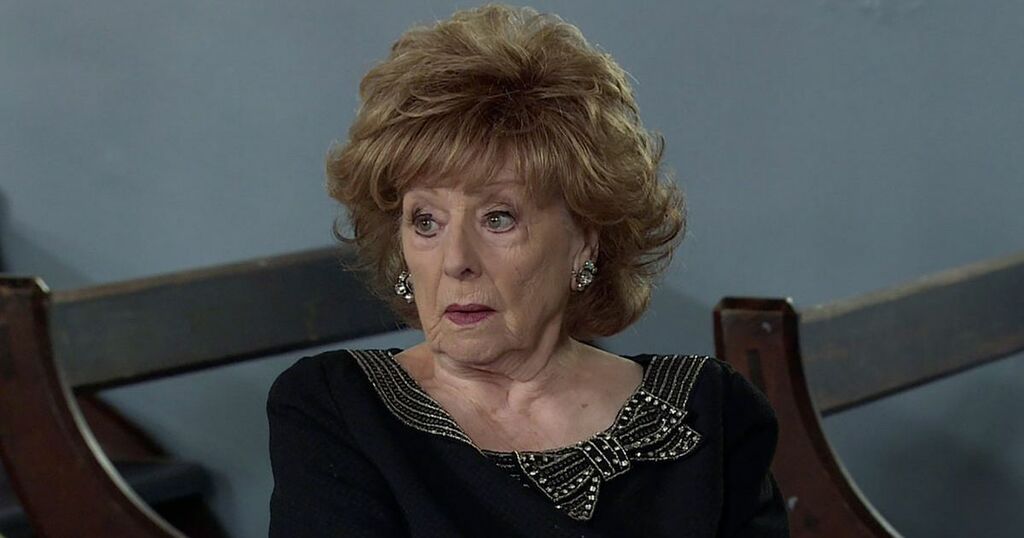 Coronation Street bids farewell to Norris Cole next week but his funeral sparks a new row.

The classic Corrie character was confirmed to have died on Wednesday night.

Norris’ partner Freda is irritated when a typo is printed on Norris’ order of service by local undertaker George Shuttleworth, leaving him horrified by the slip-up.

However, the event itself proves to be incredibly eventful as the mourners gather in a church for Norris’ funeral.

Audrey enjoys a hip flask full of tequila which prompts Mary Taylor (wearing a Princess Leia costume) to have a swig - to the concern of a present Gail.

Rita Sullivan offers an emotional eulogy for her old friend Norris but then gets a shock when vicar Billy Mayhew reads out a letter left by the cheeky late Norris.

In the letter, Norris delivers moving words about both Freda and Mary, whilst also teasing a secret inside the paperboy statue outside of the Kabin.

Yet, the biggest turn of events occurs last of all as Norris outs that Rita had been secretly having her hair coloured by Claudia Colby and not Rita’s close friend Audrey.

Following the shock, Audrey turns on Rita for going to her frenemy instead of using her hair expertise.

After the funeral, the wake takes place for Norris but the event is disturbed by the continuing feuding between Audrey and Rita.

Following the drama, Norris’ friends Mary, Ken Barlow, Gail Platt and Brian Packham meet outside the Kabin to find out what Norris has left inside the paperboy statue.

Failing to get inside the statue, Mary goes away and comes back with a chainsaw to break open the statue - ultimately cutting off its head.

The extreme measures see the statue finally open but what exactly has Norris left inside for the street?