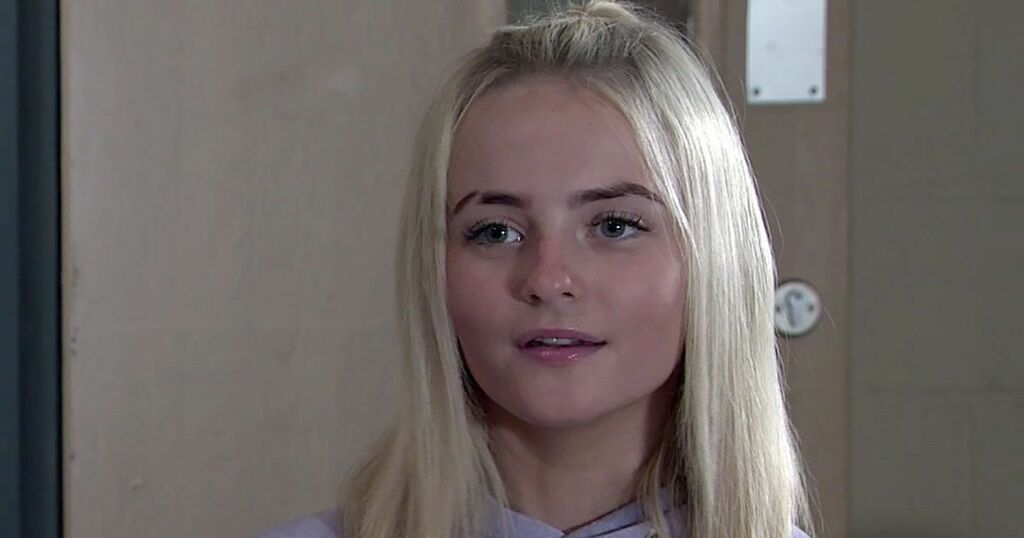 Kelly Neelan will be left demanding answers about her father on Coronation Street next week.

The troubled teen is currently locked up for the murder of Seb Franklin despite the real culprit Corey Brent going free.

Having already attempted suicide, Kelly found a friend on the inside in fellow inmate Mia and also receives ongoing support from her foster parents Imran Habeeb and Toyah Battersby.

In fact, Imran and Toyah have gone out of their way to help Kelly get the psychological help she needs.

Next week on the ITV soap, Rick Neelan’s old ally Sharon Geary visits Kelly in prison and assures her that she no longer needs to be concerned about money to fund her appeal to get out of prison.

It turns out that someone is keen to help Kelly and has provided an anonymous donation to her cause.

Kelly is delighted and thinks it is her father Rick sending money to help her, proving that he is still alive and well.

Later on, Kelly’s friend Mia sees Sharon and is frightened, prompting Kelly to confirm that Sharon works for her dad.

Mia is then left more distressed to discover that Kelly is the daughter of Rick Neelan.

Kelly demands answers from Mia as to why she has such a problem with her dad.

Mia then explains to Kelly than Rick is the reason that she is locked up in prison and that her own mother is dead, promoting Kelly to get upset.

Believing that her father is now in Spain, Kelly makes clear she believes that Rick is paying for her legal fees but Mia is less than convinced.

Planting a seed in Kelly’s mind, Mia theorises that Rick has been killed and his fate has been hushed up.

A worried Kelly decides to call her ally Gary Windass for answers about what happened to Rick - not knowing that, of course, Gary is the one who killed Rick himself and hid his body.

After the phone call, Gary pays a visit to Kelly and cannot help but squirm as she demands answers about her dad.

Will Gary come clean to Kelly about what he’s done or will his lie about Rick’s whereabouts grow ever more elaborate?