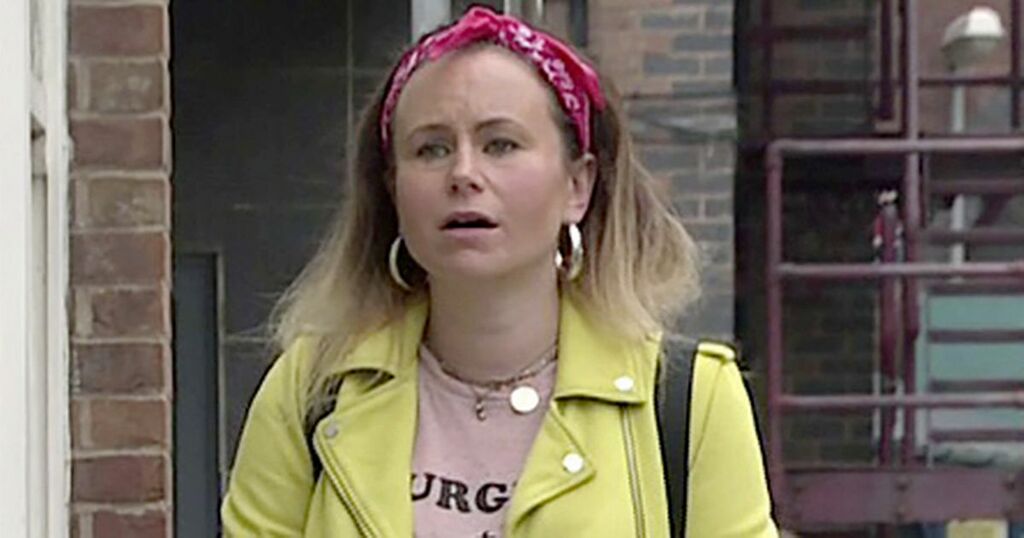 Gemma Winter will be left fearing for baby Aled on Coronation Street next week.

The mother-of-four has been planning for deaf infant son Aled to have a cochlear implant to improve his hearing.

Next week, Gemma forges ahead with her plans and heads to the hospital to meet other mums whose children have had such implants.

Amidst this, Freda Burgess has already shown her disapproval of such an operation and is struggling with her grief for late partner Norris Cole, blowing up over a typo in the Order of Service for his funeral.

When Freda learns of Gemma’s hospital trip, she cannot hide her annoyance at Gemma’s decision.

However, Gemma reassures Freda that Aled will keep links to the deaf community even after the surgery.

Freda is later upset when she hears Gemma’s mum Bernie Winter say that Aled will be “normal” after his operation.

As Gemma finds herself overwhelmed with her schedule, Freda offers to babysit Aled, only to be left further hurt when she hears Bernie and Aled’s dad Chesney Brown describing how much of an annoyance they find attending deaf groups and also want Aled to “fit in”.

Gemma is later left panicked when Freda does not return home with Aled and worries that she has kidnapped her baby.

A hunt for baby Aled begins as Gemma panics that they need to find him.

Meanwhile, an overwhelmed Freda has taken baby Aled to the community centre to show a website for deaf people to him, highlighting how he can be deaf and successful.

Gemma sees Freda at the window and Freda signs to the mum-of-four that she is busy with Aled.

Through the aid of an interpreter who has arrived to help Freda with Norris’ funeral, Gemma tries to speak with Freda about what has happened, with the hope to get Aled back.

Chesney soon joins Gemma as they hope to get through to troubled Freda.

Will they get Aled back and will Freda get the help she needs? Also, will Gemma and Chesney see how they upset Freda?

What do you think of the storyline surrounding Aled and Freda? Let us know in the comments below.