Shamed Daniel Osbourne makes a life-changing decision next week on Coronation Street. Daniel, who was recently exposed as hiding the truth about niece Amy Barlow being spiked by his pupil Max Turner, is offered the chance of a permanent teaching post.

Mrs Crawshaw tells Daniel that a post has come up and she’d like him to apply for it. Elsewhere outside the flower shop his close pal Nicky Wheatley begs his dad Ken and sister Tracy to cut Daniel some slack.

But Daniel tells Mrs Crawshaw that he doesn’t think he’s cut out for teaching. In the Rovers, Daniel reveals that he’s decided to quit his budding career.

While Max's dad David Platt reckons it’s the best news he’s heard in ages, in the flat, Daniel tells Nicky about how he doesn’t deserve to be a teacher. But there's a shock when Nicky suggests they could have a future together.

Elsewhere, Fiz has a nightmare when her past as the wife of the late serial killer John Stape comes back to haunt her. She meets up with boyfriend Phill and his friends, Graham and Angela and Graham recognises Fiz from her trial and explains that he was the solicitor for the prosecution.

Fiz confides in Tyrone how she’s never told Phill about her crazy ex-husband in case he ran a mile, While in the factory, Michael is fascinated to realise she was married to John and Fiz storms out, awash with humiliation.

Later there's a mystery as Tyrone spots Phill in Victoria Gardens handing a bloke a large envelope. Tyrone’s intrigued, aware that Phill is meant to be in Leeds.

Also on Corrie Tim buys some tickets from Debbie for the charity raffle in memory of Oliver. Tim wins a romantic night for two in her hotel. While Sally packs, Tim orders some erectile dysfunction tablets, ignoring the warning about heart conditions.

At the hotel, as Tim and Sally kiss passionately, Tim’s heart starts to pound and he becomes short of breath. Tim confesses to Sally that he’s taken an erectile dysfunction tablet and collapses on the bed. Horrified, Sally calls an ambulance.

Later Tim hears Ronnie telling Sally that he’s sorry her romantic getaway was such a flop. He leaps to the wrong conclusion and Tim punches Ronnie in the face.

And as Imran, Toyah, Kelly, Nick, Leanne and Adam gather for Alfie’s naming ceremony, Abi grabs the opportunity to take some pictures of her son. Abi secretly meets up with Matty, an old contact, and handing him a couple of envelopes, orders him to work his magic.

When Toyah reveals that she’s let Abi take Alfie for a walk by herself, Imran’s horrified. Imran finds her at Red Rec and demands to know what she’s playing at. In Victoria Garden, Abi calls Matty and confirms that she’s happy to wait a week for the fake passports.

Also Eileen and Gail put their differences aside for once. The warring neighbours place flowers by the Manchester Arena memorial bench to pay their respects and mark the fifth anniversary of so many lives lost. 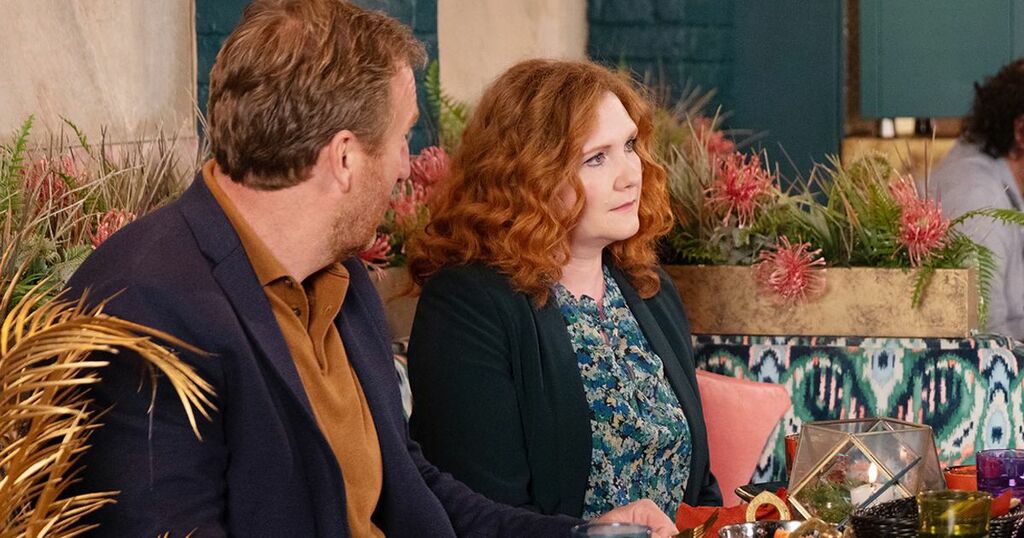 Emmerdale and Coronation Street episode guide as dark secrets and lies exposed
There's big secrets about to unravel on Emmerdale and Corrie this week according to new ITV spoilers, and they could…