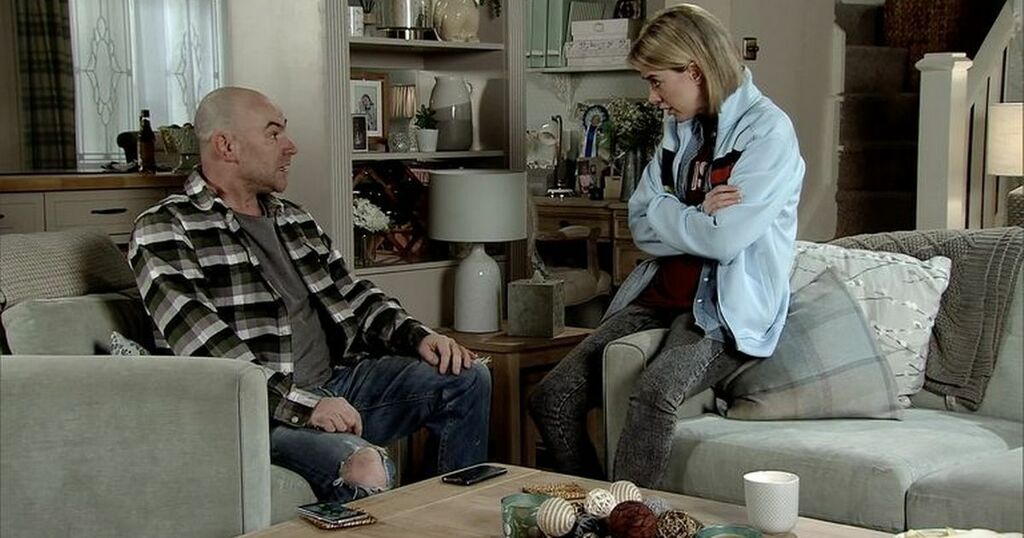 Coronation Street's Sally Carman has shared an adorable snap of her fiance co-star.

The Abi Franklin actress is all loved up with Joe Duttine, who plays Tim Metcalfe in the ITV soap.

It's a stark difference to her on-screen character whose desperation for revenge against her son's murderer has seen her break off her engagement to Kevin Webster (Michael Le Vell).

Sally and Joe are thought to have started their relationship in the summer of 2018 and moved into a new home together at the end of 2019.

And last March, the couple announced the happy news that they were engaged.

Sharing a picture of her ring while the pair celebrated with champagne, Sally said: "So this happened... #yes"

The 40-year-old then followed up the snap with another of them celebrating with the caption: "We've got each other."

Posting an update on their life together, Sally took to Instagram with a sweet photo of Joe with their dog, Fig.

"Luckiest girl in the world," the Corrie star captioned the post.

And fans flooded the couple with comments.

"You two are the very best," one said.

"Okay this is so sweet my teeth hurt," a third shared.

A fourth replied: "I think Joe is a very lucky man too. So glad you are happy. You are brilliant."

Sally is set to remain at the centre of the Corrie drama following the verdict of her son Seb's murder trial.

Kelly Neelan was found guilty by the jury while Corey Brent walked away a free man but a grieving Abi isn't going to let the case drop following the shocking not-guilty verdict.

In scenes that willl see her 'pushing the boundaries' as an actress, Sally says life will never be the same again after her Corrie character takes matters into her own hands.