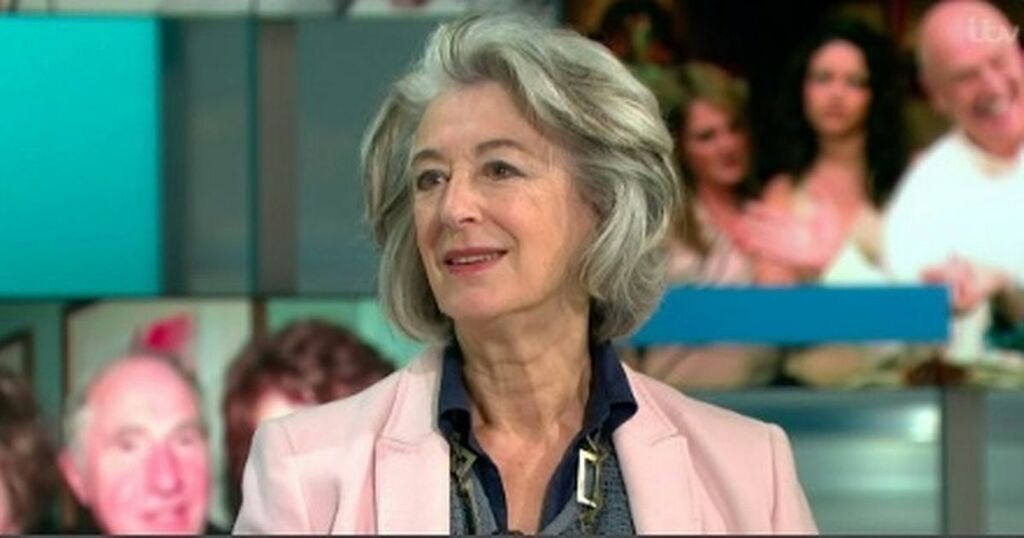 Coronation Street star Dame Maureen Lipman said the Queen was 'a geezer' as she visited the iconic soap's set.

The legendary actress, who plays no-nonsense Evelyn Plummer, was among the cast members who welcomed Her Majesty onto the cobbles back in July.

The monarch visited the Salford-based ITV soap after it marked its 60th anniversary in December.

A red carpet way laid out for the Queen which was lined by the Corrie cast hoping to share a few words with the 95-year-old.

Appearing on Good Morning Britain on Wednesday, Dame Maureen was asked about the memorable day.

Speaking to the ITV news show's hosts Susanna Reid and Richard Madeley, she said: "She [the Queen] was such a geezer, I can’t tell you!

"We were all in love with her, even the most hardened, you know, the guys in the green room saying, 'I’m not putting a jacket on'.

"Because out she popped from her plum-coloured car and talked to everybody, 'oh you're sound are you? So you're not in the...' and she asked me about my dog."

"And the funniest thing, of course, is the chat you get before you go on," Maureen added.

"I did tell her that my late husband Jack Rosenthal had written episode 13 after speaking to Tony Warren after the first ep, and I said, 'when you leave ma'am we are going in to do episode 10,408."

The Queen had a whistle-stop tour of famous street, chatting to members of the cast who lined the cobbles for her arrival.

She started by speaking to Corrie's own king and queen's, Bill Roache, who plays Ken Barlow, Barbara Knox who is cast as Rita, Sue Nicholls who plays Audrey and Helen Worth, known to millions of soap fans as Gail.

They greeted the Queen with bows and curtsies outside the Rovers Return before thanking her for coming and lifting their spirits.

The stars of the soap were buzzing after the visit and shared their own snaps from the visit and their thoughts on the memorable day.